Doctor Who: Blood on Santa’s Claw and other stories review 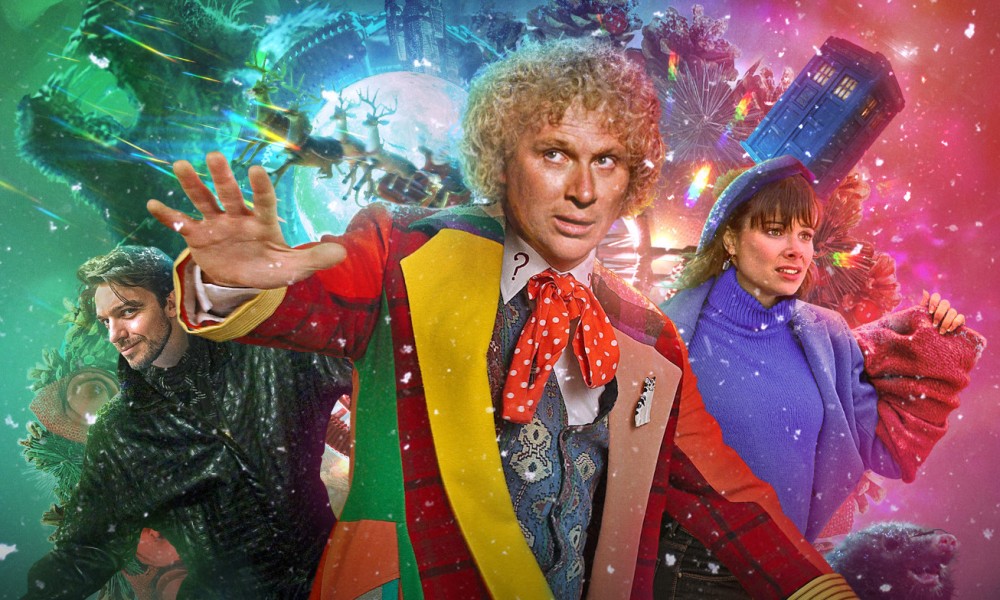 Collections of four one-part stories used to be an annual staple of Big Finish’s Doctor Who main range, but the tradition was skipped in 2018, and arguably 2017’s Time in Office doesn’t count either. 2019 brought it back, however, with Blood on Santa’s Claw and other stories, which features four linked stories from Nev Fountain and three Big Finish newcomers.

Each story has a slight Christmas element, but they’re basically standalone science-fiction stories featuring the TARDIS crew of the Sixth Doctor, his companion Peri, and her companion Joe. Joe is a 1980s pop-star who’s recently started dating Peri — and surprise, the Doctor doesn’t particularly care for him.

The stories are goofy but also rest on moments of serious character. Alan Terigo’s Blood on Santa’s Claw is an enjoyable murder mystery where Colin Baker has to pretend to be Santa Claus. The Baby Awakes by Susan Dennom has the least compelling Christmas element, but is probably the strongest segment, putting Peri through the emotional wringer as she confronts her desire to have children. I Wish It Could Be Christmas Every Day by Andrew Lias takes them to a space station high above Earth and a very strange party; Brightly Shone the Moon That Night by Nev Fountain ties everything together with a sudden epic adventure.

It’s an odd set; parts of it land, parts of it do not. The writers all have a good ear for the dynamic of the Sixth Doctor and Peri, and there are lots of good jokes at Joe’s expense. Colin Baker and Nicola Bryant get some of the best material they’ve had on audio in a long while. On the other hand, I don’t think we needed to see Joe’s introduction per se, but his presence feels under-explained, which is a pity, because it becomes kind of important in the long run. And while there are good twists in Brightly Shone the Moon, there are also some twists that Big Finish has done itself too many times over the past couple years. (There’s also the appearance of a creature that featured in four other Big Finish Doctor Who stories in a six-month span!)

Like all of these sets, there’s a joy in its variety, in how it can rocket through four clever concepts in the amount of time most Big Finish main range stories belabour just one. This isn’t perfect, and it’s not very Christmassy to be honest, but it is an enjoyable two hours, and as the main range winds down, I hope a space is still found for one-part half-hour stories.