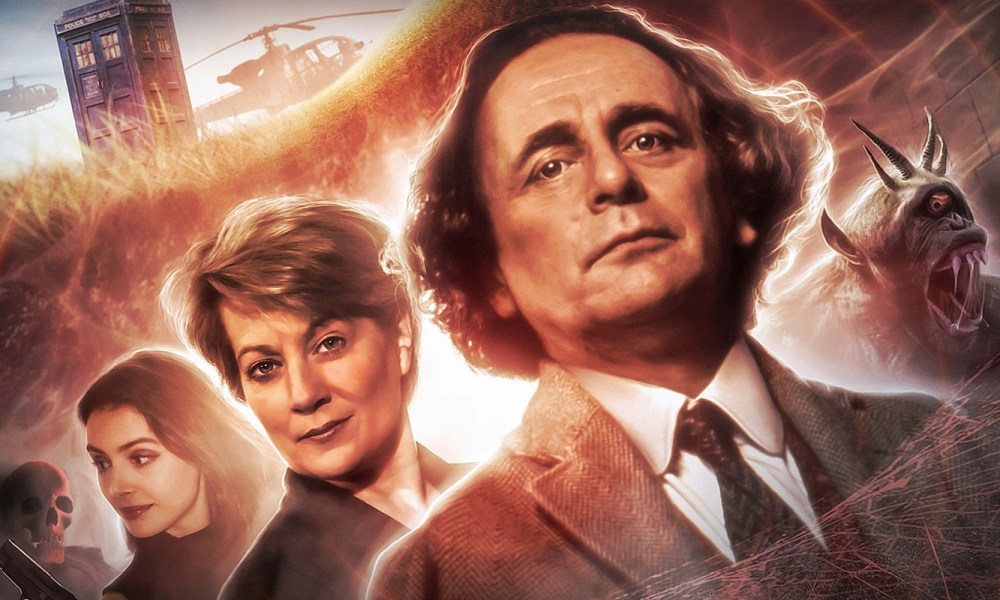 Warlock’s Cross caps off 2018’s main range Doctor Who multi-Doctor trilogy; now it’s the Seventh Doctor’s turn to meet Daniel Hopkins and his UNIT compatriots, but this time Elizabeth Klein is thrown in as well.

Warlock’s Cross feels like an interesting idea not exactly done in an interesting way. Once again, this UNIT trilogy treats us to a set of uninteresting, one-dimensional characters. There’s no UNIT commander in this story (Major Wyland-Jones of Dominion is mentioned), but we do have a facility commander, Richard Gibson’s Colonel McKenna. McKenna is yet another unyielding, obstinate, charmless UNIT commander. Tom Milligan joins the cast as Gregory Lord, a one-dimensional would-be revolutionary who wants to bring down UNIT. The returning characters don’t fare much better. I never much warmed to Blake Harrison as Daniel Hopkins, and it turns out that a sulky Daniel Hopkins is even less interesting and more monotonous. Genevieve Gaunt is back as Linda Maxwell, having previously appeared in The Helliax Rift; I feel like what’s done with her here would be more striking if she hadn’t been so spiky and unlikable in Helliax. (The Doctor claims she didn’t used to be like this; I’m not so sure.)

Of course the reason I even toughed it out after the mediocre first two instalments of this trilogy is Klein, and Tracey Childs does not disappoint. Her spiky relationship with the Seventh Doctor is the best part. Thankfully there’s no specific references to the large missteps with the character taken in her last appearance, and instead her role as someone who agrees with the Doctor’s aims but is often sceptical of the specifics slots into Lyons’s story perfectly. (I was amused that in the extras, Sylvester McCoy was surprised to learn that Klein is no longer a Nazi — this is the fifth story he’s recorded with a non-Nazi Klein since 2012.)

The story is okay. It’s hard to discuss in a specific way without getting straight into spoiler territory. I feel like there’s an interesting idea here, but the execution of it is a bit muddled. It didn’t feel very tense, but without tension, the idea doesn’t have much legs.

On the whole, Warlock’s Cross is probably the best of this trilogy, but that is damning with faint praise. I’m not sure what Big Finish was going for with this new version of UNIT, but it doesn’t seem to have really come off.