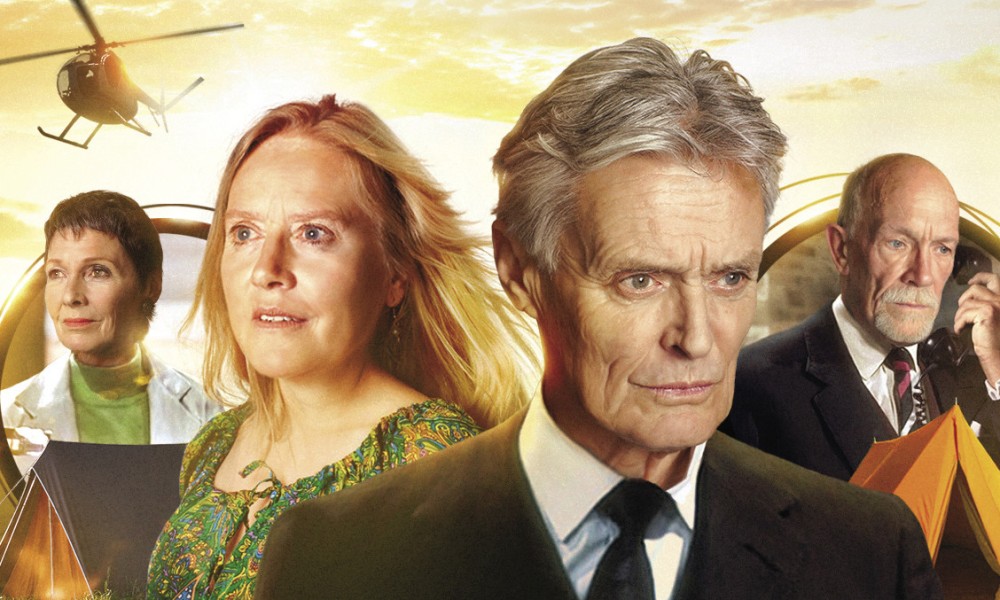 Ian Potter has always been one of my favourite Counter-Measures writers, so I was glad to see him down as the writer of what looks to be the last Counter-Measures release for the foreseeable, The New Counter-Measures: The Hollow King. Originally recorded for release in Series Two, it was bumped to make room for Time of the Intelligence, and is now being released on its own.

Each character gets a nice part to play in the proceedings

As a result, it’s not a series finale, but just another outing for this version of the Intrusion Counter-Measures Group. An English lord has started a New Age cult and there’s a flying saucer being seen at night. Could these things be connected? Sir Toby attends record signings while Allison goes undercover as a hippy, and Rachel tests fungus while Ian tries to bluff it out as a cameraman. Each character gets a nice part to play in the proceedings, though Allison is yet again subjected to mental control. Ian shines the most, in a great bit where he goes to Lord Cavall’s house — Ian is often just the “thick one” but even though his plan doesn’t exactly work, he makes a key deduction long before anyone else. But Toby and Rachel also get some good moments and good jokes. It’s another enjoyable outing for the team, and one that feels a little more substantial than some of the others of the “New” era.

The main downside of the story is that its plot doesn’t unfold very organically. The team spends a lot of time investigating Lord Cavall but not really discovering anything useful, which means that at the end of the story, everything has to be explained all at once in a huge dump of frankly implausible-even-for-this-sort-of-thing exposition. Like a lot of Big Finish one-disc stories, I found myself wishing the cool science-fiction concept was something the story played with for its duration, rather than being revealed just before it all ends.

Still, this was an enjoyable outing for an enjoyable group of characters. I’m saddened that Big Finish never quite cracked the New Counter-Measures format, because I want to hear more of them and their adventures.