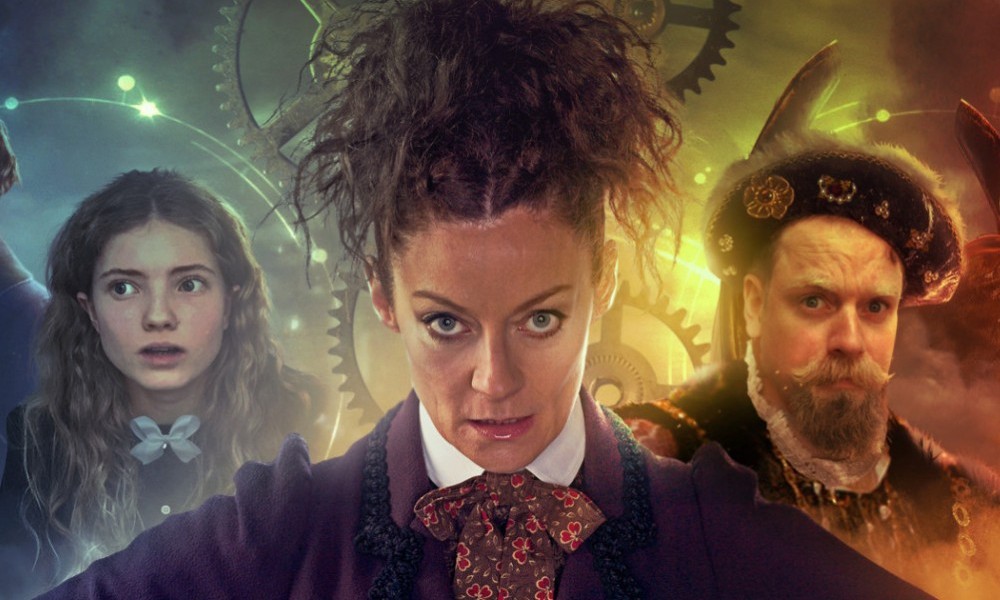 If you’re a fan of the Master, it’s a great time to also be a fan of Big Finish. The past year or so has seen two War Master sets, a Master-themed River Song set, the Master appearing in UNIT, and a Short Trip penned by the Master himself; upcoming we have two more War Master sets and many Masters appearing in Ravenous 4. All this and an audio series for the most recent screen incarnation, Michelle Gomez’s Missy.

Michelle Gomez elevates the most banal lines of dialogue into art

Missy Series One gives us four standalone, Doctor-free adventures for Missy. It can be tricky to write a Doctor-less story for any Doctor Who villain; you need a protagonist to root for (sometimes that can just be the villain), and you need an opponent worthy of that villain (but not so worthy that you end up listening to a series of defeats). Missy gives the listener a solid idea of what Missy was up to after regenerating from John Simm, before beginning to bedevil the Doctor in Deep Breath.

Unfortunately, the first story is probably the weakest. Missy-as-evil-governess is probably inevitable, given Missy’s Mary Poppins-inspired apparel, and the story has some delightful comedy in the way Missy inveigles herself not too subtly into the Davis household. But the unfolding story never feels quite worthy of her, not devious or complicated enough. I kind of felt like, to really nail the twisted Mary Poppins vibe, Missy needed to leave a lasting negative impression on her charges, but that didn’t happen; they may as well have learned how to live imaginatively from the Doctor. Without that kind of dark twist in the tale, A Spoonful of Mayhem doesn’t stand out as much as it ought.

On the other hand, Divorced, Beheaded, Regenerated stands out quite easily. In pitting Missy against the Meddling Monk, each has an opponent worthy of them, and it also lets us hear just how different the two Time Lords are from each other, and from the Doctor. Interacting with the Doctor is a game for the Monk; with Missy, it’s a terror. The story explains how the Monk got through the Time War (so much for the Doctor being able to sense all the survivors!) and now he’s impersonating King Henry VIII in another one of his grand schemes… only he’s about to end up married to Missy! Michelle Gomez and Rufus Hound are a match made in heaven, two comedic performers at the top of their game, and John Dorney’s script piles on the ridiculousness as the two attempt to outplay each other. I was laughing all the way through, most of all at the climax, which hinges on the Monk’s singing abilities. An utter delight that would justify the existence of this set and all Big Finish on its own. Where else can you get something like this?

Divorced, Beheaded, Regenerated is an utter delight that would justify the existence of this set and all Big Finish on its own — where else can you get something like this?

Writer Nev Fountain seems a tad underused by Big Finish, but when they do use him, it seems to be on concepts perfectly suited to his abilities. Missy’s dark sense of humour is another one of those, and The Broken Clock drops Missy into the middle of a cheesy American television programme that re-enacts unsolved mysteries. This yields lots of great opportunities for comedy, both from the show itself, and from the way Missy upends it. It all gets metafictional and then surprisingly serious, too; the mystery has an interesting, compelling, but unexpected resolution. Another great story.

The Belly of the Beast has a good foundation, but shows more than any other story in the set that Missy needs a great adversary to be a great protagonist. What she has here is a generic bunch of Doctor Who rebels. That’s entirely on purpose, Jonathan Morris’s script reveals, but it doesn’t always make for inspiring listening, though the story is still packed with a number of great Missy moments.

Michelle Gomez is definitely the highlight of this script, elevating the most banal lines of dialogue into art. You just never know how she is going to deliver anything, and that keeps the listener on their toes just as much as it does the characters. I don’t know if there will be a Series Two of Missy but I hope so. As long as Big Finish can find opponents worthy of her, Michelle Gomez will entertain and amaze on audio.