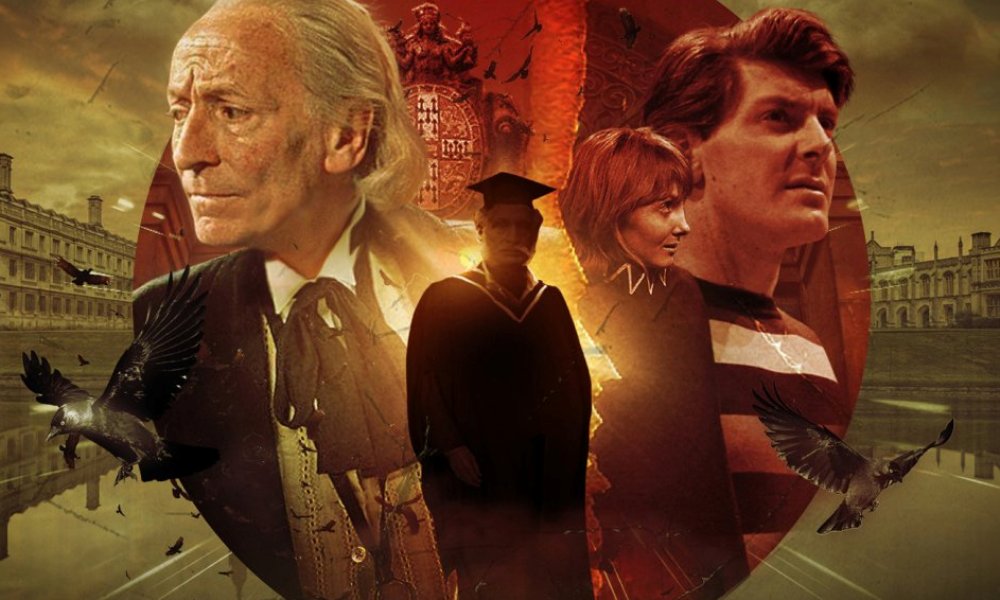 Entanglement is the third story of Series Five of Doctor Who: The Early Adventures, and this block’s only historical story. The TARDIS lands the Doctor, Steven, and Vicki in 1930s Cambridge, where an election for Master of Sedgwick College is about to take place. But what’s up with the advanced technology and creepy porters that abound? What happened to the old Master? And how many marriage proposals can Vicki get from lonely undergraduates?

It’s never bad, but it does plod at times

Robert Khan and Tom Salinsky, as usual, turn in an off-beat and colourful script, but unfortunately it’s the weakest of this sequence of Early Adventures. It’s never bad, but it does plod at times; one feels that the TARDIS crew learns much less about what’s going on at Sedgwick than the amount of time they spend investigating ought to imply. Like some other Big Finish stories, it suffers for its small cast size; this whole college is communicated to us through two faculty members, two undergraduates, and a couple of people shouting in crowd scenes. And the jokes are often good, but perhaps never great. One imagines that William Hartnell on screen would have made much more of the Doctor giving an impromptu lecture to a hostile audience than the story here does.

Still, it is fun, and it’s always a delight to hear Maureen O’Brien and Peter Purves play these characters. The end gets pretty barmy, but I guess if you object to such things, you oughtn’t to be listening to Doctor Who to begin with. I kind of question why the story claims to have something to do with quantum entanglement; even by Doctor Who standards, the connection to real science seems thin, as the Entanglement Machine is basically a magic tool that does whatever the plot requires, not rooted in even the loosest of ways in what “quantum entanglement” actually means.

This is a solid but unspectacular story. As the weakest point in an otherwise strong series, though, it’s still worth enjoying.