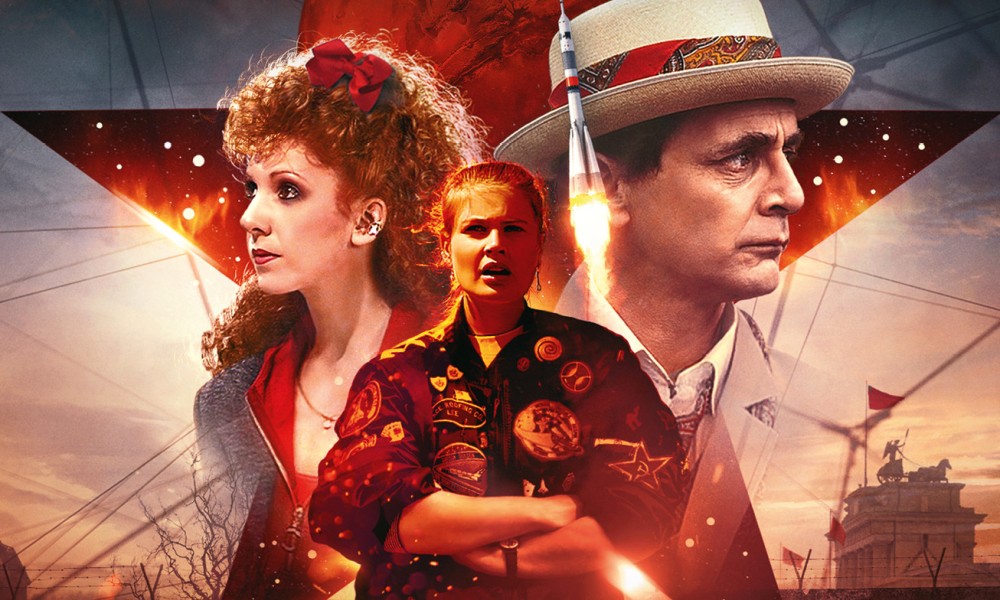 I had sworn off Big Finish’s Ace/Mel strand after suffering through three mediocre stories in a row, but we here at Unreality Towers are unified in one belief: there’s no better writer of Star Trek novels than Una McCormack. And so I had to listen to her first foray into a full-length main range Doctor Who story, even though it featured this dullest of TARDIS teams.

Red Planets has a great cover, which hints at a great premise. It’s the year 2017, and Britain’s relationship with Europe has never been better — because Britain is part of the Socialist Republic of Mokoshia, which is just about to put a woman on Mars. Unfortunately, it seems like the Ace/Mel combo must be poisonous, because not even Una McCormack can salvage it.

Like I said, on paper it all looks good. In 2017, the Doctor and Mel investigate the changes to the timeline, which is complicated by the fact that Mel seems to be from this new timeline, and so is unsympathetic to the Doctor’s aims. Back in the 1960s, Ace is trying to help someone cross the Berlin Wall, and the future hangs in the balance.

Unfortunately, it feels like the story goes around in circles. Ace spends a lot of time hiding out with a spy, and this is probably the best material Sophie Aldred has had on audio since 2013’s Shockwave (with the exception of last year’s World Apart): tense, human stuff. But three episodes later, and it feels like it’s just the same thing again and again, as she argues with the guy, goes outside and gets lost, repeat.

The same is true of the 2017 story, where the idea that Mel is actually from this new history initially seems interesting, but ultimately goes nowhere, as she pretty much ends up fulfilling the usual companion role, instead of being, say, opposed to the Doctor’s goals in a substantial way. The effectiveness of the whole subplot is undermined by the fact that we barely see any of Socialist Britain. Is this a good world? A bad one? No idea, because all the people we interact with are two cops and two resistance members. Modern Britain as Fascist is an idea we’ve seen done effectively in the novels in Timewyrm: Exodus, and Red Planets squanders the chance to do something similar with Socialist Britain here.

Despite my misgivings about the TARDIS team, I was primed to like this one. And I do have to admit that despite its shortcomings, it has ambition, making it undoubtedly the best Ace/Mel audio drama I’ve heard thus far. But that’s damning with faint praise. Even Una McCormack’s pen wilts when it attempts to get something interesting out of this TARDIS team.