Doctor Who: Hour of the Cybermen review 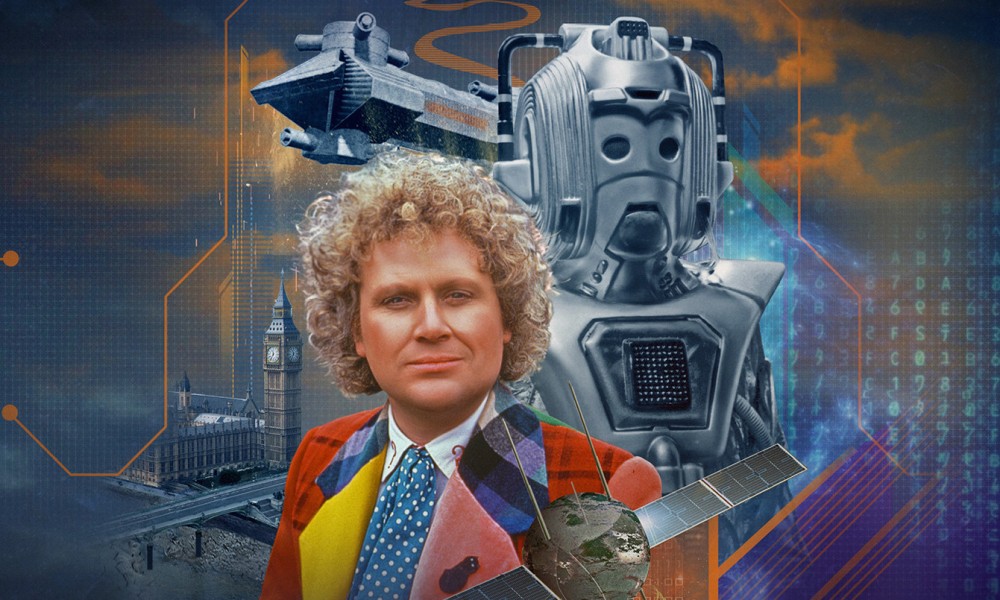 Hour of the Cybermen (or The Hour of the Cybermen, as Colin Baker claims when he reads the credits) is the final instalment of 2018’s Sixth Doctor trilogy in the Doctor Who main range, but it’s also the middle instalment of this year’s multi-Doctor trilogy, continuing the UNIT story begun in The Helliax Rift. It’s also also (and most excitingly for me) the return of David Banks to the role of Cyber Leader, which he originated so brilliantly in Earthshock.

Like in The Helliax Rift, the new UNIT don’t exactly sparkle

London is deserted, hit by a lack of water. UNIT commanding officer Lewis Price is a little bit less of a jerk. UNIT medical officer Daniel Hopkins is a little bit more of a jerk. A group of alien refugees is running around England. And UNIT have detected a mysterious signal out in space. All these things combine as part of a Cyber plot to create Andrew Smith’s story.

It’s ultimately one of those releases one doesn’t have much to say about, because it achieves what it sets out to do, and it has a couple of good ideas, but it honestly doesn’t set out to do a whole lot. This is UNIT vs. the Cybermen, a formula that was perfected with UNIT’s very first on-screen appearance in The Invasion. It’s very familiar, the deserted London bringing to mind The Web of Fear, for example. There’s a lot of running around, but it doesn’t feel like the story ever gets particularly exciting. This might be because of the characters it’s populated with; like in The Helliax Rift, the new UNIT don’t exactly sparkle, and outside of them, there’s not many characters, just the Cybermen and a couple of generic alien refugees.

A big part of the story’s power is clearly meant to rest on Blake Harrison’s return as Daniel, but I never really warmed to him sufficiently in The Helliax Rift to get much out of his return here. Harrison’s performance is kind of flat, and the writing crowbars in a past tragedy for him that’s more telling than showing when it comes to character. Cybermen can be surprisingly good vehicles for stories about grief (Joseph Lidster’s The Reaping is phenomenal in this regard), but Andrew Smith’s more classic-series approach doesn’t have the room for characterisation needed to make Daniel’s character work.

One wishes the Cyber Leader’s dialogue was a bit more over-the-top, but David Banks’s delivery is like he never left the part

It is pleasing to hear David Banks again (along with Mark Hardy, who played his Lieutenant on screen many times). The 1980s Cybermen are my favourites — not very logical, perhaps, but sublime all the same — and even though I like Nick Briggs’s audio voices, it’s nice to go back to the version I’m nostalgic for. The Five Doctors and Earthshock were my first Cyber stories; both feature David Banks being slightly ridiculous. One wishes the dialogue here was a bit more over-the-top, but Banks’s delivery is like he never left the part. Steve Foxon’s music really nails the 1980s feel, too.

The actual Cyber plan, on the other hand, is convoluted in the extreme, involving so many unnecessary extra steps I can’t get my head around. But, one supposes, that’s part of the charm. (Parts of the story that seem important at the beginning, like water-smugglers in the streets of London, turn out to be irrelevant. And I never got why London in particular was evacuated when the whole country seemed to be having a water shortage.)

Ultimately, Hour of the Cybermen is an okay way to spend two hours with a little nostalgic flair, but not much more. I’m listening to this whole trilogy mostly because Klein returns in its third instalment; hopefully it turns out to have been worth it.

Hour of the Cybermen (by Andrew Smith; starring Colin Baker) was released by Big Finish Productions in July 2018.