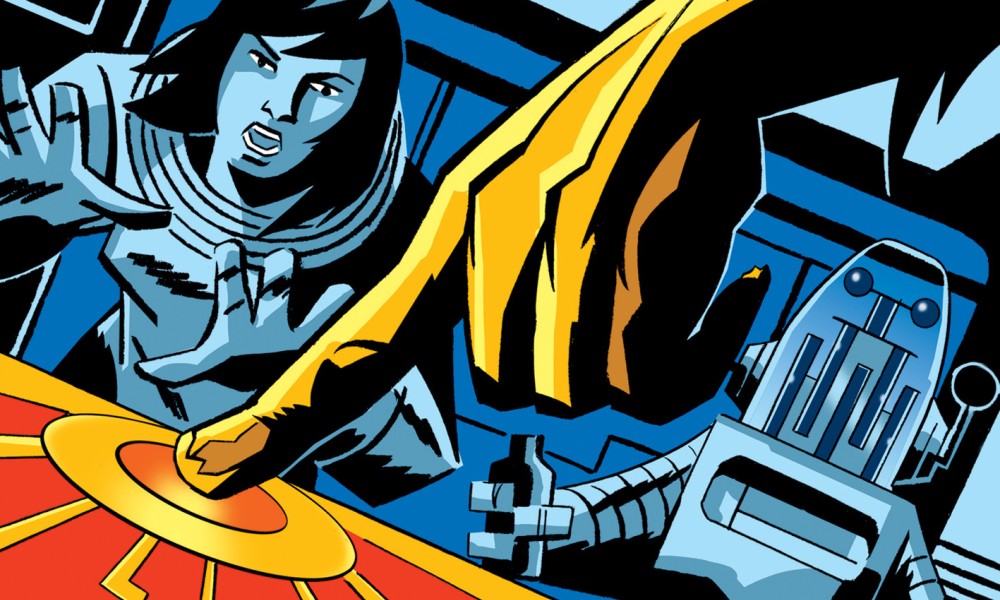 Continuing her adventures in the mysterious Year 54, Bernice Summerfield is hired by a historian (an illegal occupation) to go on an archaeological expedition (an illegal activity). A previous expedition went to this planet — and everyone seemingly died.

The whole thing hangs on a wonderful central image

Like with Year Zero, there’s a bit of a back-to-basics feel to the story. There’s just Benny, her sponsor, a guy from the previous expedition, and a robot. The whole thing hangs on a wonderful central image: a guy holding down a button for decades, because if he lets go, the universe ends. John Dorney and Richard Dinnick have written an interesting script here, capturing loneliness and regret. Three of the four characters are parents, and their decisions are driven by the lives of their children. (You might be able to make an argument for the robot, too.)

It’s not a perfect story: the solution gets a bit technogubbins, the bad guy is kind of screechy, and it doesn’t quite feel like the same civilisation as in Year Zero again even though it supposedly is. (A character misses his daughter after several years, but never wonders if she has a different name now, as there should be a good chance of per Year Zero.)