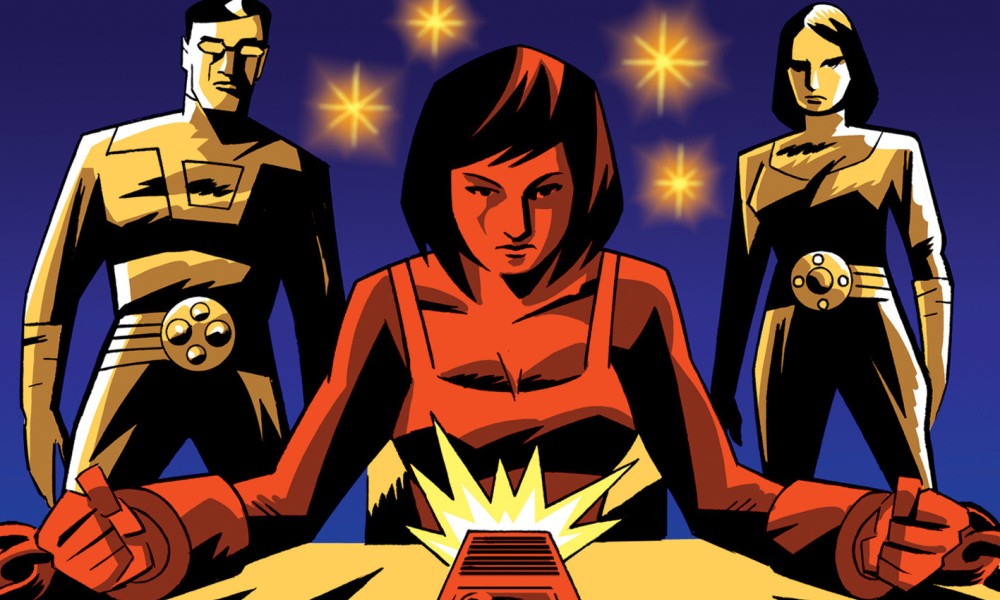 After you blow up the universe (potentially), where do you go next? Year Zero provides a soft reset for Big Finish’s Bernice Summerfield range, but also seemingly one for the entire universe. Her time ring now basically a hunk of inert metal, Benny materialises on an unknown planet in an unknown time after the climactic events of Escaping the Future. She has no idea where or when she is, but she is in the middle of a historical ruin, so she does what she does best: she starts digging. Only, this turns out to be a civilisation where history itself is illegal…

It’s a story that gets at the core values of Benny, filled with great scenes

Year Zero is a stripped-down, straightforward Bernice Summerfield story, a welcome change after the universe-threatening antics of the run from Secret Origins to Escaping the Future. It has just four characters, essentially, and most of the story features Benny in a holding cell. It’s not just a welcome change, though, it’s also very good. Jonathan Clements’s script gets to the core of Benny, a space archaeologist dedicated to truth no matter the cost, and not willing to put up with unjust or cruel regimes.

The story is a series of conversations between Benny and two cops, Chris Porter’s Gormune and Evie Dawnay’s Pallis. On the planet Raster, it’s the Year 54, and no knowledge of anything that happened before Year Zero is permitted. So, Gormune is horrified at what Benny represents, but Pallis is intrigued. It’s a story that gets at the core values of the character, filled with great scenes. Benny showing how much a trained archaeologist can deduce from the attributes of a can of soda is a particular highlight.

I often state that the best Bernice Summerfield stories are those that do what Doctor Who can’t, in dealing with the consequences of living somewhere, particularly somewhere unjust, but some of the other best Bernice Summerfield stories are about history, and the consequences of remembering or forgetting it. Year Zero is a story about both, and thus it is definitely among the best; you could definitely listen to this story on its own and get a good sense for what the character is like.

Lisa Bowerman turns in yet another great performance as Benny; Benny can quip with the best of them, of course, but Bowerman really shines when Benny gets worn down by the world. Both Porter and Dawnay acquit themselves well — they feel like people in a world, not characters in a story. John Ainsworth’s direction and Steve Foxon’s sound design really shine, too; there’s an oft-repeated bit of a tape recording that plays throughout to good effect, and the whole story has this sense of crushing inevitability as it moves toward an inevitable tragic conclusion.

In addition to being a good self-contained adventure, though, Year Zero is clearly also the set-up for a larger ongoing story. Based on the quality of this, I look forward to seeing where Bernice Summerfield goes next. There are some intriguing mysteries here that will be interesting to explore…