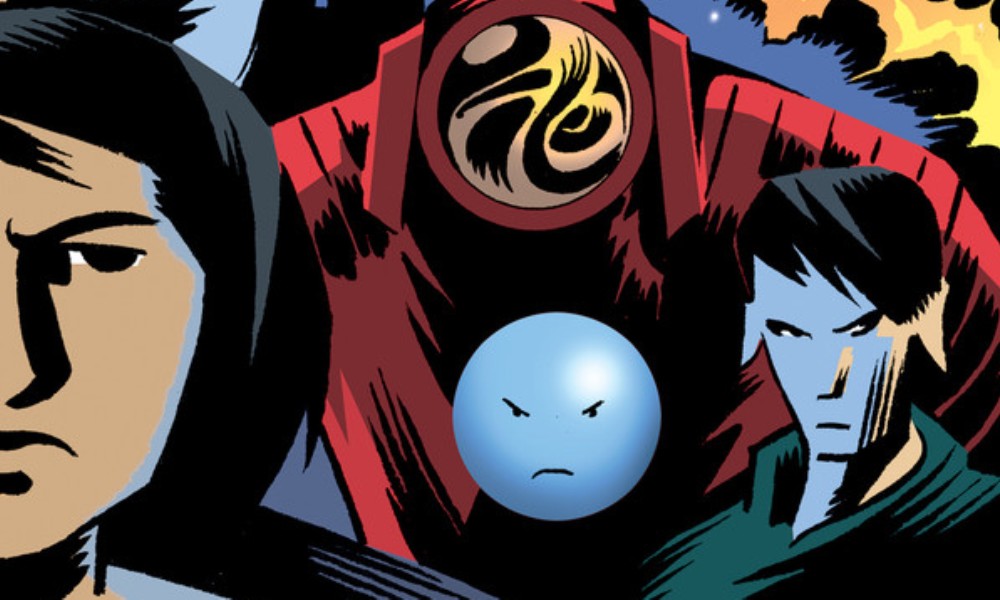 This is it! Escaping the Future ties off not only Resurrecting the Past and Present Danger, but plots going back seven years. Why has Irving Braxiatel manipulated the lives of Bernice Summerfield, Peter, Jason Kane, and everyone else at the Collection? Turns out it was all because of the Deindum.

The final scene between Benny and Braxiatel is excellent

In a large way, Escaping the Future is a lot like a Russell T Davies Doctor Who finale — The Parting of the Ways, Last of the Time Lords, Doomsday, or Journey’s End. It has to tie off Part One, but also provide an emotionally satisfying pay-off to an entire arc of stories. Except writer Eddie Robson has to square not 12 previous episodes, but three times as many. I don’t know that he entirely succeeds, but I don’t know that anyone could entirely succeed. The Deindum have to be big enough of a threat to justify everything Braxiatel has ever done, but they also have to be defeated in the story’s 70-minute runtime. But also they can’t actually be in the story a whole lot, because the story needs to give Benny, Peter, Brax, Hass, Adrian, Bev, Doggles, and Joseph stuff to do.

I think within these constraints, Escaping the Future works fine. The mechanics of fighting a time war are developed from Present Danger, and the idea that Benny and company come up with for striking back at the Deindum is convoluted but natural, and gives most of the characters a real role. The story has to cover a lot of ground, and sometimes it’s pretty noticeable that Lisa Bowerman’s narration is taking in a large number of events, but the range has always used a lot of narration, so it kind of gets away with it. The Deindum themselves are pretty disappointing enemies, though; Present Danger helps a little if you read it first, but they never quite feel important enough to be the Key to All Manipulations. Being told Brax had Jason killed because of something the Deindum did kind of cheapens Jason’s death somehow.

I think this is because one wants the whole thing to revolve around Benny and Braxiatel. Certainly, the parts where it does are the best parts. That’s what the range has come back to time and again over the years, especially in The Wake. It’s even more underwhelming to have Brax’s interest in Benny blamed on the Deindum, too; it just makes her an arbitrary cog in a machine. But still the scenes between the two of them are the best parts. Benny gets to confront him finally, but she can’t, not completely, because she actually does need him to fight the Deindum — it’s a great dilemma. And Lisa Bowerman and Miles Richardson are as delightful as ever in their two roles, and one wishes the story capitalised on that more. There’s a sort of glimpse that Benny is starting to think like Brax, but the story pulls back from it. Still, the final scene between the two of them is excellent.

All the other characters get their moments. It’s great to hear the whole Collection gang (sans Jason) together again one last time; this is the last audio appearance of Hass, Adrian, Bev, Doggles, and Joseph, I believe, barring the anniversary special Many Happy Returns. Though I was initially sceptical about the Collection set-up, I found that during the Life Worth Living era it really solidified for me, and I came to like and love these characters. I’ll miss them, but they get a good outing here. Each one gets something to do that drives the story forward, one last time. For some, it’ll disappoint me if we never hear from them again, but I do have to say that if this is Hass’s final story, it’s a good ending to it.

I feel silly telling you if you should buy this or not. If you’ve been listening to the Bernice Summerfield range up until this point, you can’t miss this story. If you haven’t heard any of it before, well, I wouldn’t start here. This is a worthwhile conclusion to a long chapter in the life of Bernice Summerfield, but it’s not the end — the story never ends.