Doctor Who: The Helliax Rift review 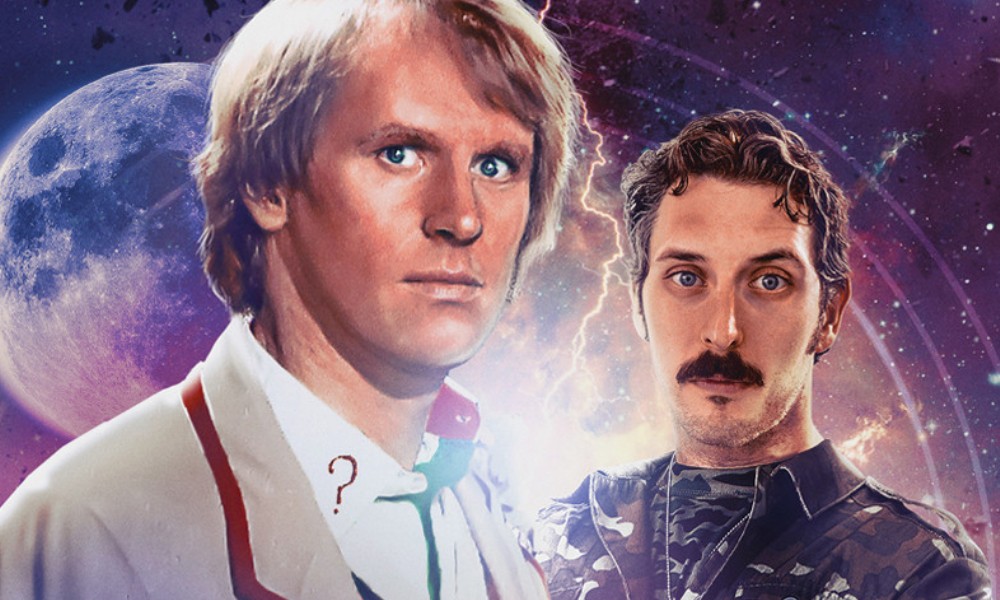 2018’s multi-Doctor trilogy takes a slightly different format to previous ones. Instead of being released sequentially at the end of the year, this year’s trio will be staggered across it. The theme this year is that of a new UNIT crew, one that falls somewhere between Lethbridge-Stewart and Winifred Bambera. To be more specific, it probably goes after Colonel Crichton’s mid-1980s tenure (briefly glimpsed in The Five Doctors) and that of Colonel Lafayette in the early 1990s (from UNIT: Dominion). This new UNIT is introduced in a Fifth Doctor story, The Helliax Rift, and the main team members we see are its leader, Lieutenant-Colonel Lewis Price, medical officer Lieutenant Daniel Hopkins, and Corporal Linda Maxwell, seconded from Signals.

As I’ve opined before, post-Lethbridge-Stewart, television programme and Big Finish alike have struggled to come up with a compelling, ongoing UNIT set-up. The television programme eventually got there with Kate Stewart, but Big Finish never really did. Its original UNIT range lasted one series, and UNIT: Dominion had Klein but none of its other UNIT characters had any real worth, being needlessly antagonistic and bullying.

For some reason, that seems to have been the brief given to writer Scott Handcock for The Helliax Rift as well. Colonel Price is antagonistic and obnoxious from the moment the Doctor turns up, ignoring the Doctor’s good advice and threatening to have him shot for minor offences. Corporal Maxwell only has a couple scenes, but manages to drip condescension in them as well. Daniel is a pleasant enough person, but honestly kind of personality-less.

Perhaps there’s some kind of long-term plan in this UNIT trilogy that requires them all to be assholes in its first instalment, but it sure makes for joyless listening. Lethbridge-Stewart could butt heads with the Doctor, and be obstinate, but Nicholas Courtney managed to be charming and humane at the same time, and you liked spending time in his company. There’s a reason that after The Web of Fear went out, Doctor Who’s producers decided to reinvent its format! No-one would ever want to do that after hearing The Helliax Rift, except maybe to get the format as far away from this as possible. Russ Bain’s Price is utterly charmless, bullying, and a poor leader by any metric, more concerned with maintaining his own authority than getting results.

The problem is that no-one else in The Helliax Rift is really enjoyable to listen to, either. The plot ends up concerning aliens being experimented on; one of the experimenters gets this long tragic backstory dumped on us in Episode Three, but Deborah Thomas’s Annabel Morden is still pretty unsympathetic. Writer Scott Handcock discusses in the extras how he tried to make a more emotion-focused story to upend people’s expectations for UNIT, but the script, direction, and performance all conspire to mean that I didn’t really care about any of these characters enough to feel any emotions.

The only sympathetic character is some lady out walking her dog in Part One. That scene probably has the only bit of joy in the whole production. The Helliax Rift is a real misery to listen to, and feels like a misfire if it’s meant to make us interested in or sympathetic for this new UNIT set-up in advance of Hour of the Cybermen.