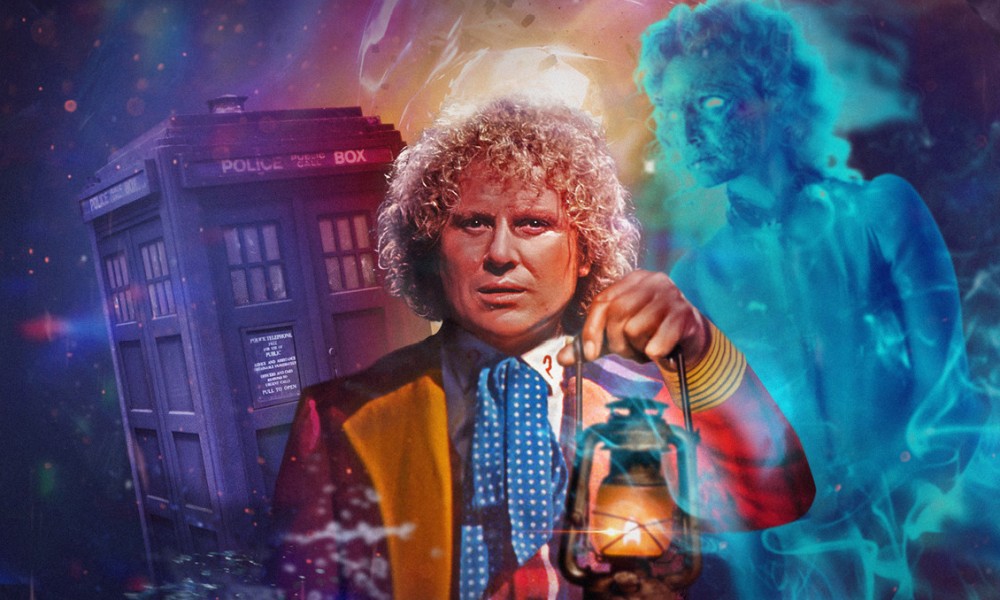 Iron Bright is a resoundingly standalone Sixth Doctor story. No companions, no trilogy, no ongoing plot threads. In that way, it does what a lot of the best Doctor Who stories do — this is a story that turns around a strange juxtaposition and explores its permutations.

This is an enjoyable adventure with fun characters

Chris Chapman’s story begins as a ghost story. It’s the early nineteenth century, the Industrial Revolution is just getting started, and one of its foremost proponents, Isambard Kingdom Brunel, is at the beginning of his career, directing his father’s scheme to dig a tunnel under the Thames. But the workers are dying in mysterious floods and there are claims of hauntings…

The story immediately starts out enjoyable. The pomposity of Colin Baker’s Doctor is a natural fit for the nineteenth century; his often over-the-top nature is well-suited to the larger-than-life status of the elder and young Brunels. The Doctor quickly ingratiates himself with Christopher Fairbanks’s Marc Brunel, but his son, James MacCallum’s Isambard, remains sceptical of this interloper. It’s decent stuff as the Doctor investigates spooky tunnels and tries to save London society when a massive flood breaks out during a subterranean celebration.

If this was all it was, I think the story would be fine. Thankfully, Chapman peels back a second layer about halfway through when a more science-fictional element intrudes into our period drama. Doctor Who thrives on strange juxtapositions, and Chapman does a good job building one up on audio. It can be trickier to pull off in this medium, where you can’t see it, but Chapman and director John Ainsworth use a neat trick of having the alien element speak more casually and contemporarily, contrasting with the more formal nineteenth-century style the rest of the characters, Doctor included, tend to use. Plus there is some good imagery that you can visualise; one cliffhanger features nineteenth-century redcoats at war with a sci-fi utopian city! The alien culture we get glimpses of here is (as in Chapman’s earlier scripts The Middle and The Memory Bank) well thought out.

In short, this is an enjoyable adventure with fun characters. Fairbanks is a bit over-the-top as the senior Brunel, but I enjoyed it, and Anthony Townsend is fun as his gung-ho right-hand man Beamish. The whole guest cast is pretty well put together, actually. Catherine Bailey is charming as alien interloper Tan, and James MacCallum does a great job as the conflicted Isambard, trying to get out from under his father’s shadow. But best of all is Becky Wright as the Brunels’ maid Flo. Wright is charming, funny, enthusiastic, and human as Flo. I see she’s been in some Big Finish releases before, and I don’t think I’ve really noted her prior, but based on this, I hope Big Finish find a bigger role for her, because I definitely think she could handle it.

On the whole, Iron Bright is exactly what I want out of a main range release. A solid adventure with interesting ideas that stays interesting all the way through.