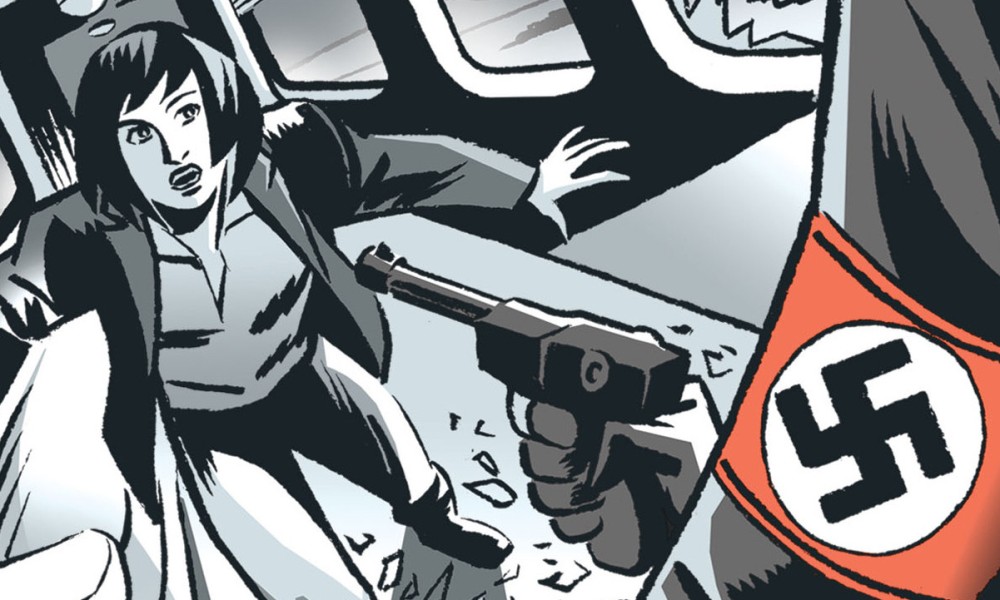 Secret Origins brings the tenth series of Bernice Summerfield to a close, as Benny tracks down the kidnapper of her son Peter: her long-time arch-nemesis Frost. But thankfully, she’s got her long-time sidekick Robyn with her as always, ready to foil Frost once again.

When the explanation finally arrives, I found it all a tad difficult to understand

Hang on, what? Eddie Robson’s script plays with Bernice’s perceptions, but not in a clichéd way. This isn’t one of those stories (like Torchwood’s Adam or Stargate SG-1’s The Fifth Man or Star Trek: The Next Generation’s Conundrum or Buffy the Vampire Slayer’s Dawn arc) where all the characters act like these new characters have been there all along but the audience knows better; in this case, Benny is well aware that Frost and Robyn were not part of her life… but she’s got to rescue her son, so she’s not going to argue too much. But Robyn begins to recount their past adventures together, and soon Benny remembers them too, even as Peter grows more and more sceptical of his mother’s oldest friend.

Robson’s story has a neat premise and some neat ideas, but perhaps turns out to be too clever for its own good: when the explanation finally arrives, I found it all a tad difficult to understand. (Braxiatel is partially to blame, of course, but not in the way I expected.) Some of the flashback adventures are pretty amusing riffs on clichéd archaeology adventure fiction tropes, including a couple of scenarios straight out of the Indiana Jones movies.

That the story winds down confusingly is disappointing, because it feels weighty up until that point. John Ainsworth is one of Bernice Summerfield’s most consistent directors, and as always imbues the story’s fantastic events with a strong sense of reality, and Matthew Cochrane is back on sound design. Benny gets quite sick during the story, and Lisa Bowerman really sells the desperateness of the situation. I wanted to like it a lot, but I just don’t think I understood what actually happened well enough to do so. The weakest part in what has been one of Bernice Summerfield’s strongest seasons to date.