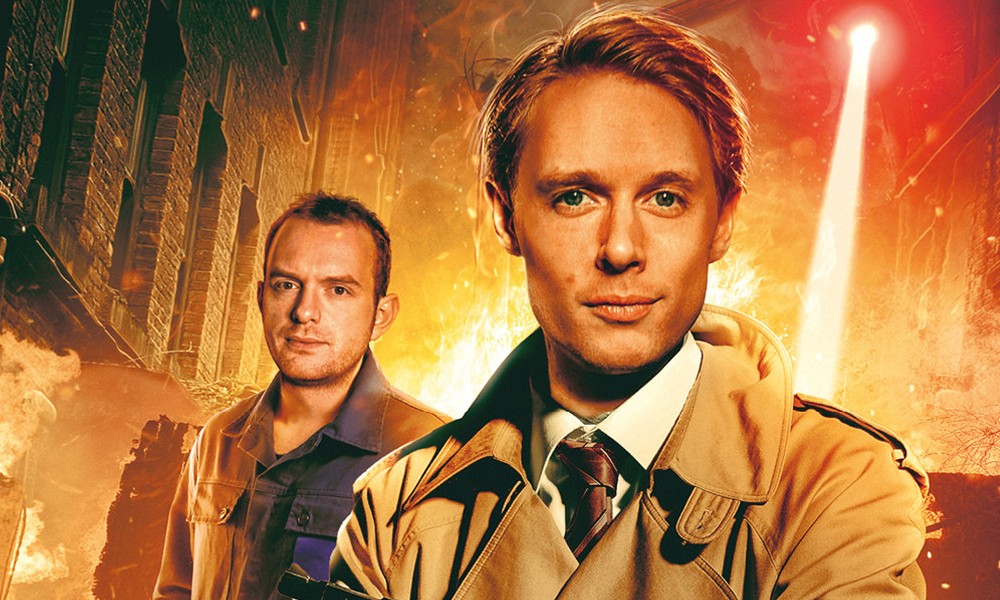 James Goss’s Ghost Mission was one of the successes of the second series of Torchwood audio dramas, pairing my favourite Andy Davidson with a corrupt Torchwood operative from the 1950s thanks to transtemporal holography. Samuel Barnett’s Norton Folgate returned in The Torchwood Archive and Outbreak, but Goodbye Piccadilly finally reunites him with Andy, flipping the conceit of their original meeting: this time Andy travels to 1950s London.

Basically each one in turn is somewhere between amusing and laugh-out-loud, because Samuel Barnett and Tom Price are a perfect comic duo. I really do like Andy, a guy desperately trying to do good in a world that doesn’t allow for good — and Norton’s variety of Torchwood particularly doesn’t allow for it. Andy’s character is a bit broader here than in, say, Aliens Among Us 2, but absolutely enjoyable regardless. It’s funny for him to be subjected to Norton’s depredations, but my favourite part is when he keeps trying to get Norton to talk about his feelings.

There is a plot, and it gets goofy even for Torchwood (thumbs up for an unexpected Victorian literature reference), but that’s not really the point of this. Goss’s script and Scott Handcock’s direction do a great job of continuously escalating the absurd situations throughout, providing another entertaining Andy and Norton adventure. The obvious flip-side to the first one has been done, but hopefully a third one is being planned.