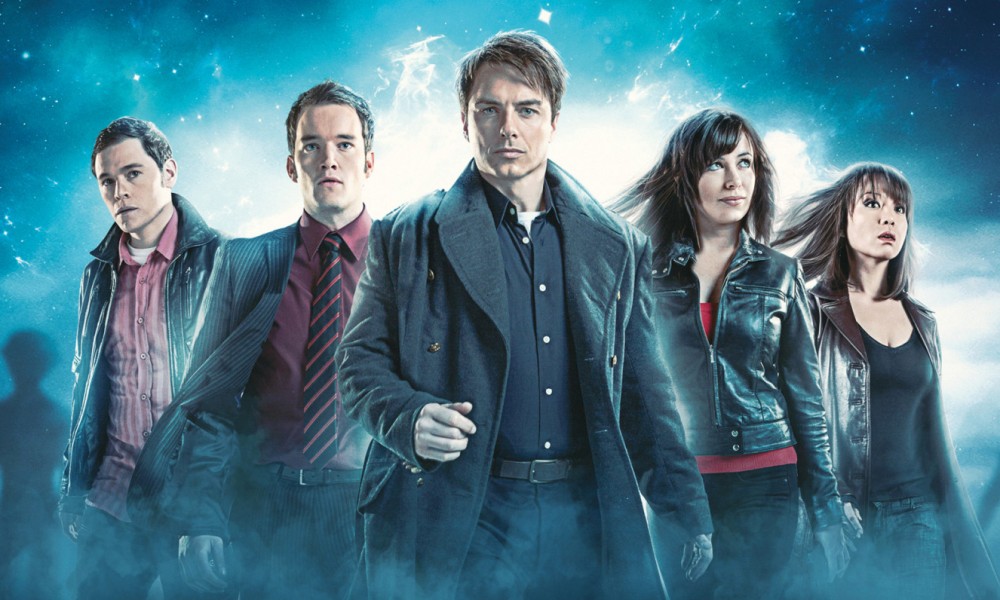 The original Torchwood team is back! If you’ve followed my ramblings here about Torchwood over the years, you’ll know I have no particular fondness for this team, but almost everything Big Finish have done with Torchwood has been worthwhile, and so I’m here for Believe as well. A three-disc story by Guy Adams, Believe takes place during Series Two of Torchwood and focuses on the original team: Jack, Gwen, Ianto, Owen, and Tosh. This is stripped down and focused — there aren’t even any common Torchwood recurring characters like Rhys or PC Andy.

The story wrong-foots you at first, and ends up having some interesting things to say about belief

There’s really only a couple scenes of the original ensemble cast doing their thing: they all gather for a briefing at the beginning, and we’re treated to some bickering and back-and-forth as Owen tells the others about a religious cult who recently compromised a UNIT facility. Soon, the characters have split up: Tosh and Owen are after the cult’s accountant, Ianto is infiltrating the cult, Gwen is protecting the daughter of the cult’s founder, and Jack is off pouting somewhere. (It’s on audio so we can’t see any pouting, but given the chronological setting, I’m assuming he’s on the roof of a building in downtown Cardiff.)

Each character gets a decent chunk of the action, but it’s definitely Tosh and Owen’s strand that works the best here. Not that anything’s wrong with the other parts, but we’ve heard Gwen be a badass action hero before, we’ve heard Ianto be terribly nice and sympathetic before. But Tosh and especially Owen are probably the Torchwood regulars we’ve heard the least from on audio*Well, sort of. Where’s my Esther Drummond audio?, and we haven’t heard them together before. Believe explores the depths of their relationship in a series of scenes that tests their differing attitudes to life and sex. It’s very uncomfortable listening at times, and all the better for it, well performed by Burn Gorman and Naoko Mori. As I often do listening to Torchwood, I found myself thinking that if the television programme had done things this way, it would have been more successful.

The other multi-character Big Finish Torchwood stories have been pretty epic — Believe is distinguished by a smaller focus than Outbreak or Aliens Among Us. Sometimes this works, sometimes it doesn’t. I liked the focus on Tosh and Owen as I stated above, and the way the whole story wraps up is very satisfactory and interesting. On the other hand, it didn’t always feel like there was quite enough for three discs; Ianto’s adventures in the middle episode, in particular, felt a little elongated.

Guy Adams’s story is an interesting one. It wrong-foots you at first, and it ends up having some interesting things to say about belief. And since this is Torchwood, by “interesting” I mean “depressing”. The story is full of characters trying to believe in various things — and usually failing. Or if they do succeed, it turns out that you wish they hadn’t. Believe isn’t an epic, but this is another strong, character-focused Torchwood tale from Big Finish.