Torchwood: The Death of Captain Jack / The Last Beacon review 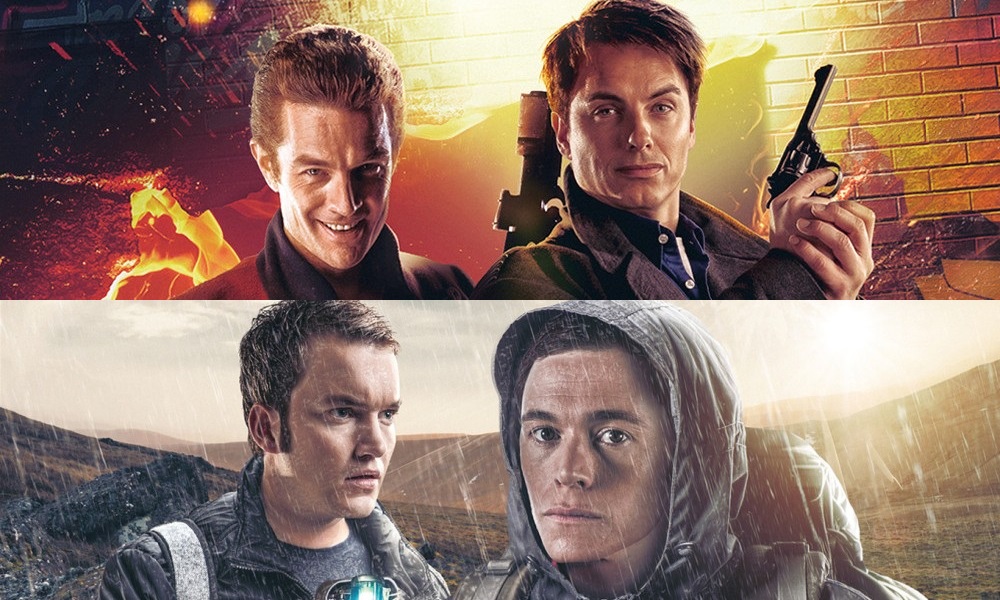 After the explosive events of Aliens Among Us, Big Finish’s “main” or “monthly” range of single-CD Torchwood releases returns with The Death of Captain Jack and The Last Beacon. The former includes the return of James Marsters as Captain John Hart, while the latter brings together Gareth David-Lloyd and Burn Gorman.

At first The Death of Captain Jack is funny, but it quickly becomes a pretty one-track joke

The Death of Captain Jack has a frame story about Captain John visiting an imprisoned, old Captain Jack, but soon flashes back to younger, better days for the Time Agency’s sauciest couple, following them on a couple of sexual escapades throughout Earth’s history. Things soon turn dark, though, as it turns out that even disreputable young Jack Harkness has some things he won’t do… and Captain John will. History diverges from the one we know, as Captain John takes over Victorian England, allowing for cameos from all sorts of Torchwood alums from Rowena Cooper’s Queen Victoria to Eve Myles’s Gwen Cooper to Samuel Barnett’s Norton Folgate. At first it’s funny, but it quickly becomes a pretty one-track joke: Captain John does wretched things that he finds funny again and again. It does have its good points, though (you have to love the Miracle Day gag), and the amount of investment in the role Marsters communicates in the extras is astounding. I hope we can hear him again in a story that has a bit more of a point, and gets some more depth out of his character.

The Last Beacon marks the Torchwood writing debut of Gareth “Ianto Jones” David-Lloyd himself, in a story that unites Ianto with Owen for a mission into the Welsh countryside. Pre-death Owen has probably never been as well portrayed as he is here — if he had been this funny on the television show, I would have liked him a lot more. (Though I have to admit that Owen got one of the first season’s best episodes in Out of Time.) For Ianto, a trip to the Brecon Beacons is a chance for nostalgia; for Owen, it’s a descent into a hell of identical kebab shops. David-Lloyd’s script milks its understanding of the characters for some strong “odd couple” comedy between two characters who I don’t really think interacted much on television.

The Last Beacon is delightful and hilarious

It’s delightful and hilarious: Owen tries to give local teenagers beer in exchange for information (this goes poorly), Owen tries to pick up local women who already have boyfriends (this goes poorly), Owen and Ianto go geocaching in the rain (this goes poorly), Owen and Ianto go on a one-hour tour of a nineteenth-century mine (this goes long… and poorly). But at the same time, David-Lloyd’s script finds nice complexities to both characters, and though the plot takes its time to arrive, when it finally does, there’s quite a nice denouement. If there’s any complaint to lob at it, it’s that David-Lloyd writes Owen a little too nice at times; he ought to be more of a proper bastard! I know David-Lloyd is writing for the next Torchwood One set, but hopefully Big Finish keep using him after that.

David-Lloyd and Gorman make a delightful double act here, and that action continues on the extras — this is one of the rare Big Finish stories to have outtakes on the bonus tracks, and they had me laughing so hard (I was listening to my iPod while doing the dishes) that my wife thought there was something wrong with me. Too much more for this team might overdo it, but what this story and Corpse Day have shown is that Owen makes a great double act with any of the more earnest Torchwood characters, and I hope Big Finish keep giving him the humour he often lacked on television. (Also not making him a rapist and/or giving him lines like “When was the last time you came so hard, and so long, you forgot where you are?” helps, I suppose.)

The Torchwood audios have been one of Big Finish’s gems; the third run shows that a new strong run is underway again.