Doctor Who: The Behemoth review 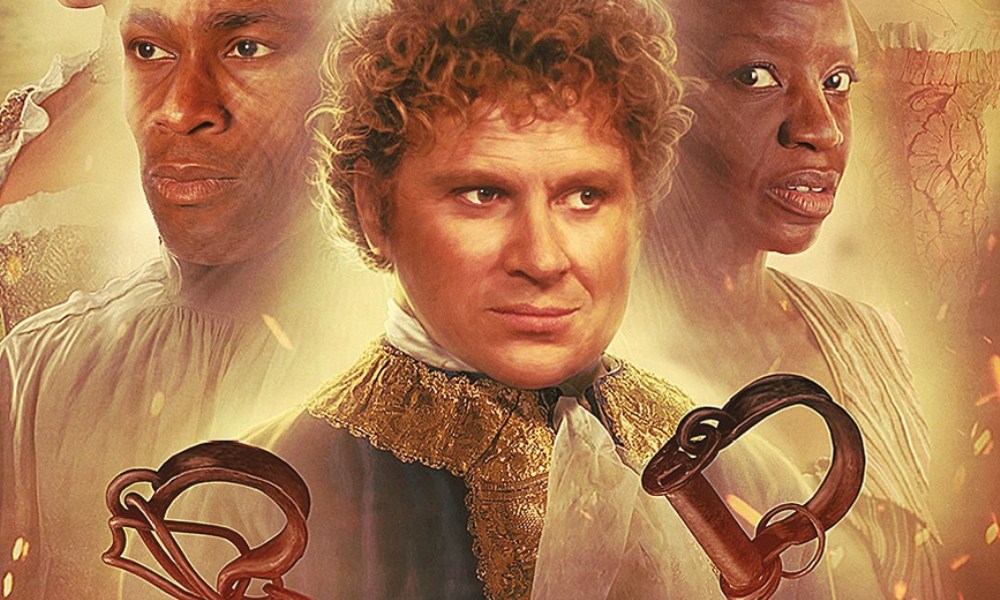 The Behemoth marks the beginning of a new trilogy for the Sixth Doctor, the first to feature the new TARDIS team set up at the end of Quicksilver: Flip Ramon née Jackson and Constance Clarke. Marc Platt’s story brings the team to England in the eighteenth century for a “pure historical”, one strongly reminiscent of 2016’s The Peterloo Massacre in its exploration of a historical tragedy, and its application of Verity Lambert-era historical tropes to a 1980s Doctor.

I liked the story’s interest in doing social commentary, but found myself wishing it had been a little more nuanced

Unlike The Peterloo Massacre, the tragedy of The Behemoth isn’t an event, but a set of institutions, all about power and privilege and ownership. The story is about a number of things: the transatlantic slave trade, the way men view women, and a rhinoceros named Lady Clara. These threads weave in and out of each other, in something of an ambling fashion at times; there’s no one plot that drives the action of all four episodes per se. Platt’s script draws subtle parallels between these various institutions, and uses them to critique the rapacity of the eighteenth-century British perspective — especially the male perspective.

I liked the story’s interest in doing social commentary, but it did seem a little like shooting fish in a barrel at times, because it’s easy to knock your ancestors and then just go home, satisfied. I found myself wishing the story had been a little more nuanced, but the characters here are usually Goodies or Baddies, which flattens history and makes it uninteresting. One character wants to kidnap women and is a slaveowner and wants to exploit the rhino. What if the anti-slavery crusader had been condescending toward women? Or what if the story had confronted the fact that the wealth of its sympathetic main female guest star is probably all due to colonial exploitation? Maybe I’m asking too much of Doctor Who, and certainly this story has more going on in it thematically than 95% of main range Big Finish releases, but I felt Platt could have pushed himself harder.

Still, it’s a pleasantly enjoyable two hours, which feels like an odd thing to say about a slave trade story where some guest characters get murdered in the streets! This is mostly because of Platt’s focus on the characters. Main cast and guests alike get nice moments, particularly Colin Baker himself and Georgina Moon as the widow Mrs Middlemint. Part Two of The Behemoth is about Flip and Constance trying to track the Doctor down when he is on a date, and it is distinctly charming! Giles New also has a good turn as Douwemout Van Der Meer, the owner of Lady Clara.

At times the story’s shape is a little aimless, but The Behemoth is a solid first adventure for a new TARDIS team, and a sufficiently unusual way to spend two hours. It all wraps up a little too easily, perhaps, but you’ll enjoy the journey regardless.