Torchwood: Aliens Among Us 3 review 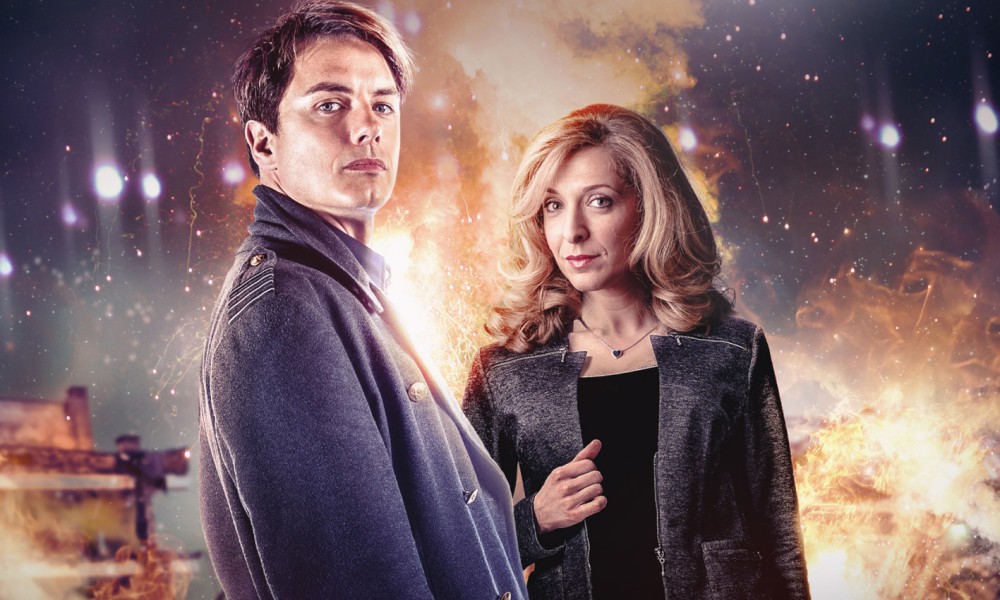 The finale to Torchwood: Aliens Among Us wraps up Torchwood’s “Series Five”, but there is clearly more to come. The new team continues to be put through its paces — especially considering the surprise appearance of former Torchwood One boss Yvonne Hartman at the end of the previous set — as aliens cement their control over Cardiff. Like with the first set, I’d like to discuss each main character in turn before turning to the specific episodes.

Like in the previous sets, Jack is not always front and centre, the new core team of Ng, Colchester, and Orr dominating most of the set. But Aliens Among Us 3 leans into that, showing us the consequences of Jack’s recent unavailability and inconsistency. His own beliefs and ideas are really put through the wringer, as is his relationship with the team itself. But can Jack’s improvisational way of solving problems stand up against the threats Torchwood faces these days? He very much comes across as a disgraced former hero here, which gives John Barrowman some new ways to play him, while keeping him recognisably Jack Harkness.

Big Finish have done wonders with Yvonne, who easily could have been a one-off Doctor Who character in perpetuity. She’s just as good here as she has been in One Rule and Before the Fall: steely and determined, but also “management” through and through, and far more of a “people person” than Jack Harkness in her own inimitable way. Tracy-Ann Oberman is excellent as Yvonne, straddling the line between comedy and steel perfectly.

What is up with Gwen? I really liked what was done with her in this set, and we finally get some answers. Alexandria Riley shows some interesting sides as Ng, as her relationships with Rhys and Andy continue to be showcased; plus she really does some fascinating things in Tagged. Eve Myles gets more to do in this set than previous ones — it’s hard to discuss without spoilers, but these characters have gone and are going interesting places.

How many ways can one say that Colchester is the best thing to ever happen to Torchwood? Paul Clayton’s performance is harsh and hilarious all at once — he gets all the best one-liners, especially when directed at Tyler Steele. The pay-off to the running gag about his secret first name is laugh-out-loud hilarious, but he gets some scenes in Tagged that really show off his dramatic chops too.

Samantha Béart’s character is never focused on throughout a whole episode, but when Orr gets something to do, Béart absolutely kills it. Orr plays a key role in every episode in this set bar Escape Room, and Béart consistently impresses, whether it be giving insight into Instagram posters or checking to see if a police officer is a paedophile. The writing and the performance give what could be a fantasy character a grounded, tragic, but human side. Orr’s the heart of this version of Torchwood, and I hope we continue to hear from them.

Following the focus given to him in the first two sets, he’s surprisingly barely in this one. Hopefully Big Finish are playing a long game with him, but I haven’t worked out what it is yet.

Captain Jack and Yvonne battle for control of Torchwood Three. In some ways the story is a little contrived (Yvonne seems to know everything about everything), but in others it’s very much based in the characters we’ve come to know. It’s an interesting, surprising story that showcases all the main characters (bar Tyler) quite well.

This story is pure Joseph Lidster, with people’s real and dark insecurities tethered to a science-fiction conceit. It’s the best story in the set, with great moments for Colchester, Ng, and Orr, as well as a great guest turn by Kezrena James as Sergeant Andy’s new assistant, Serena. Like the best Torchwood, this story goes some dark places, but never feels gratuitous or cheap.

This story reminded me of last year’s The Office of Never Was: our characters must negotiate a contrived labyrinth. This kind of story doesn’t really work on audio, and Escape Room is no exception — lots of characters solving puzzles we can’t even see isn’t particularly interesting. It has some good character moments, but these are thin on the ground in what is the weakest instalment of Aliens Among Us.

Herald of the Dawn by James Goss

Terrorists and religious cultists and Ng and alien assassins and Rift fluctuations all come to a head in the explosive finale of Aliens Among Us. The whole team shines here, and Sergeant Andy shows that he’s the most perceptive character in the whole group. It’s hard to discuss, but I found it both a satisfying climax and a promising set-up for more to come.

They’re here! The first two Aliens Among Us sets omitted them, but each disc of this volume is capped with a conversation between Scott Handcock and someone, usually James Goss. It’s nice to finally get some insight into the creative decisions driving these sets, as well as into role Russell T Davies played in the whole thing. The best part is a conversation between Handcock and Torchwood composer Blair Mowat on the end of the third disc, which yields some fascinating information about how Mowat reworks old Torchwood themes and writes his own.