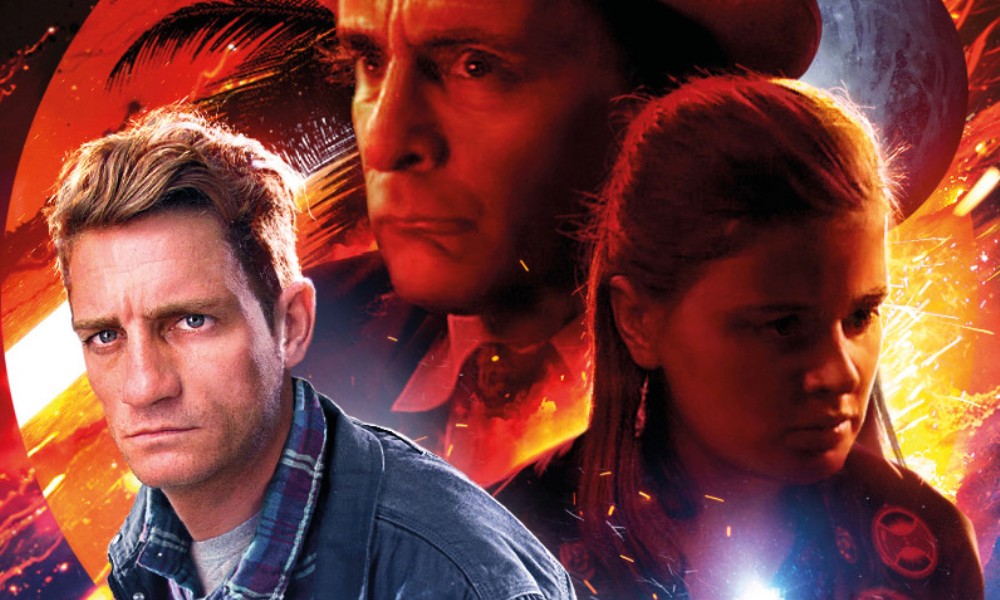 It seems that Big Finish’s “two-in-one” trilogy had a double meaning. Each set is two-in-one not just in the sense of having two stories in one, but also in having two characters in one: Dalek Soul, Vortex Ice, and now Shadow Planet each have the Doctor and his companions undergoing the process of duplication. A.K. Benedict’s initial story for the Seventh Doctor’s contribution brings him, Ace, and Hex to the planet Umbra, where psychotherapy is enabled by the extraction of one’s “shadow self” and the placing of it in an android body, so that your conscious mind can literally have a conversation with the unconscious.

Of course, like all places in Doctor Who promising easy health, all is not as it seems, and the Doctor, Ace, and Hex are soon at war with the planet itself. It’s a decent runaround, with a great set of guest star turns from Nickolas Grace, Belinda Lang, and Sarah Thom, plus some clever twists. Sylvester McCoy is especially well-served amongst the regulars, with some great stuff at the climax that really works with his reputation as the most mysterious of Doctors. I appreciate that new writing talents like A.K. Benedict, having been cultivated in the Torchwood range, are now crossing over into the parent series. The only thing I don’t like about the story is that its central premise seems a little wasted: Ace spends a lot of time conversing with her shadow self, but it’s less a peek into the real Ace, and more an argument with a squabbling child version of Ace.

Scott Handcock’s World Apart picks up from the end of Shadow Planet, and is a difficult story to discuss in some senses. The team of the Seventh Doctor, Ace, and Hex was one of Big Finish’s best for a while, with a strong run of stories from The Harvest through to Black and White. In these stories, Ace was allowed to grow up but still remain recognisably Ace, something the later stories involving Mel have pulled back from for some reason. Ace and the Doctor had a good relationship, with Hex as the disruptive and eager outsider trying to fit in, and his own relationship with both.

From Gods and Monsters onwards, Big Finish seemed to largely lose track of what made this relationship work, but World Apart shows that you can always go home again with Big Finish, in a three-hander that really puts Ace and Hex through some difficult and gruelling circumstances. It’s an excellent story, well told, with harrowing sound design by Steve Foxon. Sophie Aldred and Philip Olivier shine in a way they haven’t been allowed to for a long time, and the story slots in nicely with Hex’s growing disillusionment with TARDIS travel leading up to the events of The Angel of Scutari and Project: Destiny. I like that this trilogy used two of its releases as an opportunity to revisit bygone TARDIS teams, especially one as strong as this one.

On the whole, while each release in this trilogy clearly had a strong story and a weaker story, they were all worth listening to. 18 years on, the release format of Big Finish Doctor Who has grown a tad repetitive, and this run of stories has shown that there’s real life to be found in switching it up once in a while. More experiments like this, please.