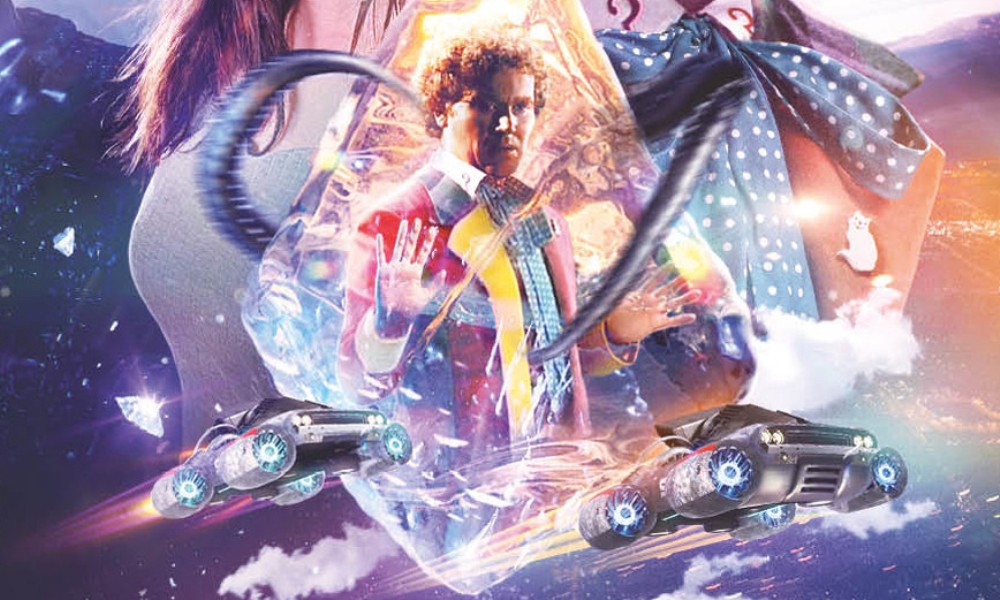 Each part of Big Finish’s trilogy of “two-in-one” stories has a slightly different way of linking the two stories together. In the case of the Sixth Doctor and Flip in Vortex Ice and Cortex Fire, that way is no link at all. In Vortex Ice, the Doctor and Flip explore an underground cave system here on Earth — it’s one of those stories about a small group of people in a confined space being picked off. On the other hand, Cortex Fire is a genuine science-fiction story set on an alien planet, exploring an alien biology and society. It’s a nice contrast.

Cortex Fire is a triumph of efficient worldbuilding

Vortex Ice, though, is probably a little too complicated for its own good. At first it seems like yet another Jonathan Morris story where Our Heroes step into the aftermath of an adventure they haven’t had yet: see also Festival of Death, Cobwebs, Flip-Flop, The Shadow Heart. Morris then subverts this, which is clever… but honestly it gets a bit too clever. By the time the explanations were rolling in, I felt like was being buried beneath them, and I was none the wiser.

The story could have made it work through a focus on character, but this is one of those stories where none of the guest characters really pop, instead coming across like a stock group of lost scientists. It seems particularly like it ought to have been an opportunity for Lisa Greenwood’s Flip, who seemingly goes through the emotional wringer, but instead remains, well, flippant. I could see it as an exploration of how Flip uses her flippancy as a coping mechanism, but unfortunately, the story and actress don’t quite pull it off, and instead she comes across as callous. This isn’t helped by the fact that the story itself comes across as callous: in one scene someone is horribly murdered, and then moments later comedy music from Joe Kraemer is kicking in as Colin Baker’s Doctor is put on the back foot by an encounter with an unexpected know-it-all. It was real tonal whiplash.

Doctor Who is in some sense science-fiction, but it rarely actually does what science-fiction is in theory supposed to do: take some science concept and extrapolate a world around it. Usually it’s content to pastiche the worlds of other SF stories, or to just have everything revolve around terrible monsters. There are some exceptions, though, and the work of Ian Potter seems to be one of them; in stories like The Bounty of Ceres and The Becoming, he has explored alien and/or futuristic worlds, societies, and biologies. Cortex Fire is one of these stories. The Doctor and Flip visit a planet with strong magnetic currents in the atmosphere, which allows for developments ranging from flying cars that don’t need rockets to an extra sense organ in the inhabitants’ brains.

People are dying on Festin — is it a terrorist plot or something else? Potter’s script is a strong one, putting the listener into an alien world that they slowly figure out alongside the Doctor and Flip, but also populated with real-seeming characters. Kudos to performers Rebecca Todd, Simon Dylan-Kane, and Eve Webster, who all really come to life here. It’s like one of those Russell T Davies or Paul Cornell stories where the Doctor crashes into the life of ordinary people, except these ordinary people are all from another planet. I ended up really enjoying the story, and Flip gets some good hero moments here, undoubtedly some of her best yet.

Even though they’re both just an hour long, neither of these stories lacks ambition, yet they’re suited to their length. Even if Vortex Ice doesn’t pull its conceit off, I couldn’t see it working as either a one- or four-part story: one hour is the exact length needed for this little mental exercise. And Cortex Fire is a triumph of efficient worldbuilding, making a whole civilisation come to life in just two episodes. Even when the stories are weaker, the results of this experiment in format are still worth it.