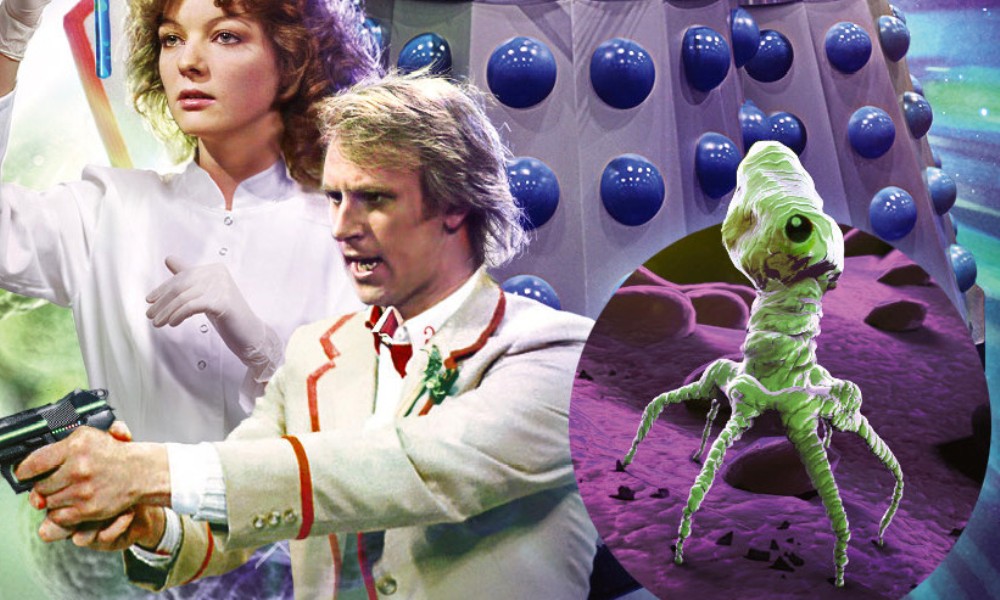 I kind of feel like Big Finish’s succession of trilogies in its main Doctor Who range has grown stale, so I appreciate the annual trilogy that involves all three 1980s Doctors, since by necessity it has to do something somewhat different in order to work. 2017’s trilogy has no plot links, but instead experiments with format: each release consists of two different two-part stories, letting the range try out concepts that might not have worked for a four-part story, but wouldn’t have room to breathe on the annual collection of one-parters.

The experiment is already a success

The Fifth Doctor leads the pack with Alien Heart and Dalek Soul. Stephen Cole’s Alien Heart brings the Doctor and Nyssa to an Earth base in the far future where the inhabitants are dead, as they bump into an investigatory team, as well as a greedy mining executive. It’s okay stuff, let down by the revelation of what’s behind it all. The baddies turn out to have a massively overcomplicated and fiddly plan, resulting in the kind of explanation that makes things more unclear.

Guy Adams’s Dalek Soul is hard to talk about with spoiling, but suffice it to say that it takes a thing the Daleks often threaten to do and has them actually do it, and explores the consequences. It’s perfect for the two-part format; it’s hard to imagine this working stretched out to two hours, but at one hour, it pretty much works exactly. The story seems to have an evil Fifth Doctor and Nyssa, which you might argue is an overmined concept. It was done in both The Eternal Summer and The Cradle of the Snake, and seemingly in all three cases, the writer decided to do it because they’re the nicest-seeming Doctor and nicest-seeming companion. But Dalek Soul works better than either earlier story, because Adams gets the balance between Doctorish and evilish perfect, giving Peter Davison especially some delightfully nasty stuff to play. A clever story with some novel ideas.

This trilogy has a promising format, and even if Alien Heart is one of the weaker main range stories, the possibilities afforded in Dalek Soul show that the experiment is already a success.