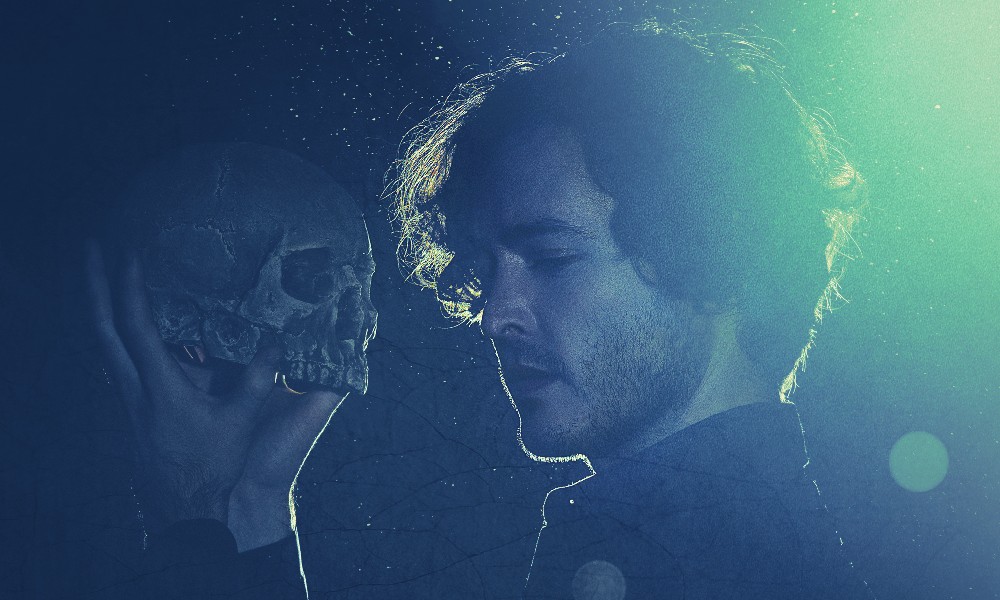 A cynic might say the world doesn’t need another version of Hamlet, Shakespeare’s second-most performed play. In such a crowded market, each new version of Hamlet needs some kind of unique selling point; the Big Finish Classics version of Hamlet seems to have two. The first being that, at age 28, lead actor Alexander Vlahos of Confessions of Dorian Gray fame is actually as youthful as the character he portrays. (Compare Kenneth Branagh, who was 36, Laurence Olivier at 41, and Derek Jacobi at 42.) The second is the intimacy of audio: no need to project your soliloquies to an audience; they can be as quiet and intimate as one likes.

Alexander Vlahos turns in a fiery, passionate performance as Hamlet

Justin Richards has edited the text for audio and trimmed it for time, so one cannot comment too much on the script of the story — it simply is what it is. My main criticism is that it is always a mistake to cut out Act IV, Scene 4, where Hamlet sees Fortinbras’s army marching through Denmark. Without this, the appearance of Fortinbras’s army at the end of Act V seems completely random.

Where any version of a Shakespeare play shows it interest is the performances, and of course Big Finish have access to some top-notch actors. Miles Richardson was surely born to play Claudius; he’s as imperious and commanding as the role demands, but suitably conciliatory in his own private thoughts. There are of course shades of Irving Braxiatel’s manipulations in Claudius. Tracey Childs isn’t someone I’d have thoughts of for Gertrude, but it’s a thought-provoking choice, with the same coldness that made her suitable for Klein manifesting here. It makes her a good match to Richardson’s Claudius, such that I was genuinely surprised at her surprise that Claudius killed Hamlet’s father. Terry Molloy as Polonius was the other standout secondary role; anyone who’s heard him in The Scarifyers know that he does fuddy-duddy exceedingly well, so I was looking forward to his performance, but I was still surprised by it — in a good way. He of course captures Polonius’s comic stuffiness, but he also manifests a colder, more calculating side at times. Which makes sense; I doubt you get to be chief counsellor to the King of Denmark without some political acumen.

And what of the Dane himself? Alexander Vlahos turns in a fiery, passionate performance as Hamlet; I particularly liked his take on the “O, what a rogue and peasant slave am I!” soliloquy, which is my favourite of the play’s soliloquies; it communicates his anger and anguish quite well. On the other hand, Hamlet occasionally bemoans his lack of decisiveness, yet Vlahos’s Hamlet comes across as quite decisive and impulsive, so these things don’t exactly add up. That niggle aside, it’s a strong performance; Vlahos excels at the comic scenes in particular, such as Hamlet’s mocking of Polonius, or in his interactions with the gravedigger.

Scott Handcock’s direction and the production as a whole are overall quite good; I enjoyed listening to it. On audio, I found that back-and-forth dialogue scenes typically worked best. Monologues are tricky on audio, and action scenes differently so. The play-within-a-play was a highlight, as was Hamlet’s confrontation with Gertrude after it. Unfortunately, the climax being so action-dependent means it loses some of its power on audio; hearing a fencing match will probably never be interesting, and so the whole production just kind of fizzles out at the end. Not sure what could have been done about it, though.

There are so many Hamlets out there, it’s true, but I’ve never seen one that fully satisfied me, so as long as that’s still the case, there will always be room for another version. My mind’s Hamlet combines bits of Laurence Olivier’s, Derek Jacobi’s, and Kenneth Branagh’s; now it will include elements of Alexander Vlahos and Big Finish’s.