The War Master: Only the Good review 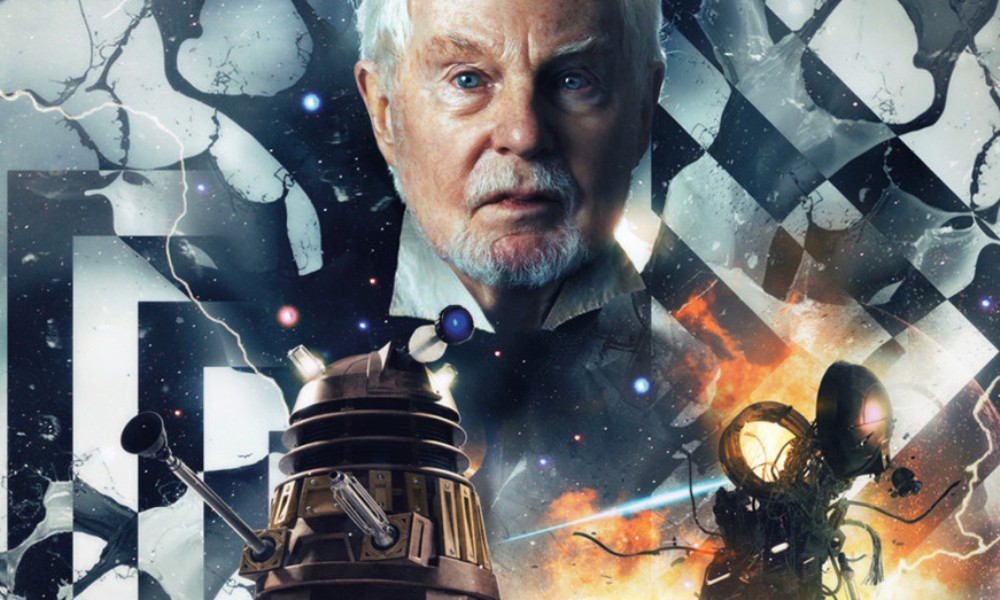 What times we live in, eh? Because Big Finish has released something I’d have never thought likely: a four-disc box set featuring SIR DEREK JACOBI AS THE MASTER!

Derek Jacobi has played the Master twice before, but he was an android duplicate in BBCi’s Scream of the Shalka and a chameleon arched incarnation in TV’s Utopia. Big Finish has finally set him loose with four discs of masterplans as the Time War causes the universe to fall down around him in The War Master: Only the Good.

Jacobi has long been one of my favourite actors — his BBC Hamlet is the definitive portrayal of the character — and it is an absolute delight to hear him here. The opening story, Nicholas Briggs’s Beneath the Viscoid, is particularly fun, because, as in UNIT: Dominion back in the day, the Master spends the majority of the story pretending to be the Doctor. The big difference here, though, is that unlike in Dominion, the audience is in on the joke, and the joke is hilarious. Jacobi hits the note of the-Master-pretending-to-be-the-Doctor-but-not-trying-very-hard perfectly; my favourite part is when the Master tries giving one of those speeches praising the gumption of ordinary people and their fighting spirit, but about halfway through he loses interest and trails off. Other than that, it’s a pretty straightforward story of the Master fighting Daleks for control of his TARDIS.

The other three stories here — Janine H. Jones’s The Good Master, James Goss’s The Sky Man, and Guy Adams’s The Heavenly Paradigm — provide a linked set of tales about the Master, his attempts to use the Time War for his own gain, and his “companion”, Jonny Green’s Cole Jarnish. The Good Master is the weak link, coming across a bit too much as a repeat of the first story; the Master’s not pretending to be the Doctor, but he is pretending to be good while he bides his time. It would have been nice to have a story where the Master really struggles to do something really awful, but we end up sympathising with him more, but in this one he mostly waits around until he makes a move at the end.

The Good Master still works well as set-up for the last two stories, though, which make an excellent pair. The Sky Man puts Cole through the wringer as he tries to change the universe for the better, while in The Heavenly Paradigm, Cole and the Master go in pursuit of a powerful Time Lord weapon. Both stories are excellent, filled with great moments, big and small. There are some strong horror elements in The Sky Man, but also a great subplot about the Master having a go at being a winemaker. The Heavenly Paradigm sends the duo to suburban London in the 1970s, and features a great turn by Nerys Hughes as a doddering old grandmother. Both stories probably make the best use of the Time War we’ve heard on audio yet, with weird ideas and cosmic horrors, rather than the more prosaic Dalek-versus-Time-Lord-soldiers battles from the War Doctor and Eighth Doctor: Time War sets. Kudos to producer/director Scott Handcock and script editor Nicholas Briggs for going imaginative with this one, and I particularly enjoyed the way the whole set drew to a conclusion.

Jacobi is excellent throughout, of course, but I also enjoyed Green’s performance as Cole, and I was pleased to hear Deirdre Mullins again after I singled her out after a strong turn in Big Finish Classics: Dracula. I hope we keep hearing from her! This is one of those sets where everything seems to line up right, even in the weaker stories, from beginning to end. I love Ioan Morris’s “War Master” theme, a twisted take on Ron Grainer’s original Doctor Who theme combined with the drumming from Utopia et al on television. On the whole, it’s great to hear the Master let loose without the Doctor to stop him, and this is a strong slice of Time War villainy.