The Lives of Captain Jack review 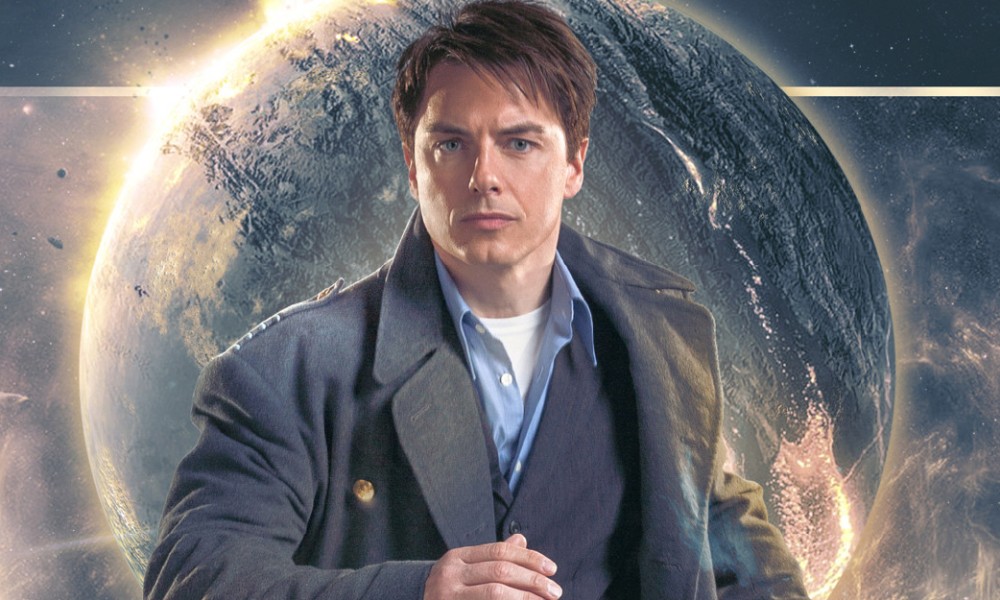 The cover of The Lives of Captain Jack claims it’s “From the Worlds of Doctor Who”, but it feels much more like a spin-off of Torchwood, thanks to its main theme (Ben Foster’s Captain Jack’s Theme from Torchwood) and its creative team, most of whom work on Big Finish’s Torchwood range (James Goss, Guy Adams, Scott Handcock, Blair Mowat, and so on). That said, it ties into both series, and perhaps ultimately stands on its own, giving us four different tales of Russell T Davies and Steven Moffat’s creation at various points across his life.

Each story fits into some pre-existing gap; it begins with The Year After I Died by Guy Adams, set between The Parting of the Ways on Doctor Who and Everything Changes on Torchwood, showing the first thing Jack got up to on his long road to being reunited with the Doctor, before he jumped back in time to nineteenth-century Earth. It turns out that what he did was hide: in a clever bit of writing, Adams has the resurrected Jack being more wary than he was before, because he doesn’t know that he’s immortal, and so his brush with death has made him much more cautious. But Captain Jack Harkness can’t hide in a cabin forever, and soon he’s drawn into a conspiracy to destroy humanity, especially when the life of an idealistic young reporter who insists he’s a hero is threatened. In some ways it’s a familiar Doctor Who/Torchwood story, but an enjoyable one, especially thanks to the performance of Shvorn Marks as reporter Silo Crook — I hope we hear more from this charismatic actress in future Big Finish stories.

Wednesdays for Beginners takes place during the second series of Doctor Who, so also in that Parting of the Ways – Everything Changes gap, but at its extreme other end. Jack has come to the Powell Estate in an effort to be reunited with the Doctor and Rose, but instead of finding them, he’s found… Jackie Tyler! Camille Coduri is back as Doctor Who’s best mum in a two-hander set on a Powell Estate removed from time. Amazingly Jackie and Jack never really interacted on screen, and even the tie-ins have given us just a brief encounter in Gareth Roberts’s novel Only Human. Jackie thinks Jack is her own pet stalker at first, though it might be more accurate to say she’s stalking him for most of the story. What begins as a comedy soon becomes a horror story, and then a rather melancholy but beautiful tale, as Jack and Jackie bond over how they’re at the edge of the lives of incredible people. Listen for a simultaneously hilarious and touching scene of them having a feast together on a deserted street. It’s the undeniable highlight of the set.

One Enchanted Evening takes place immediately after the Doctor Who story The End of Time, where a Captain Jack off the events of Torchwood: Children of Earth was set up with Russell Tovey’s character Midshipman Frame from the Doctor Who story Voyage of the Damned by the Tenth Doctor. Like The Year After I Died, it’s more an action knockabout than a character piece, as Jack and Frame work together to combat an alien menace on a space station. The story is pretty straightforward, but the highlights include the Jack-Frame banter as a post-Ianto Jack must learn to open up to someone else again, and an unexpected appearance by Katy Manning as a cannibalistic alien monster.

The set’s final tale jumps backwards, as far back as we’ve ever seen Jack (bar the flashbacks to his childhood on the Boeshane Peninsula in the Torchwood story Adam), giving us Jack as a Time Agent, as established in his original appearance on Doctor Who in The Empty Child. Month 25 is, at long last, the story of Jack’s missing two years — not to mention we finally find out Jack’s real name! It’s a wacky, time-wimey caper, with John Barrowman playing a younger, more irresponsible, more self-centred Jack than we’ve seen in a long time. It might grate to have a lot of this, but it works in this one-off story, especially given the contrast to later Jack. The end of the story seems surprisingly easy, but on the whole I enjoyed having this mystery revealed; it could have fallen flat, but the answer is complicated and interesting enough to work. And I particularly enjoyed the appearance of Alexander Vlahos as the mysterious Stranger in Jack’s life.

This is a fun set of tales, as fits Doctor Who and Torchwood’s inimitable Captain Jack Harkness. John Barrowman is as Jack as ever, and it’s good to hear him perform a number of different sides to Jack, many ones that we rarely get to see. There’s room in Jack’s long life for more stories like this (off the top of my head, his transition from the year 200,101 to 1869 is an obvious one), but even if The Lives of Captain Jack remains a one-off, it’s definitely an enjoyable one, and one of the more obvious delights of Big Finish acquiring the new Doctor Who and Torchwood licences.