Doctor Who: Infamy of the Zaross / The Sword of the Chevalier / Cold Vengeance review 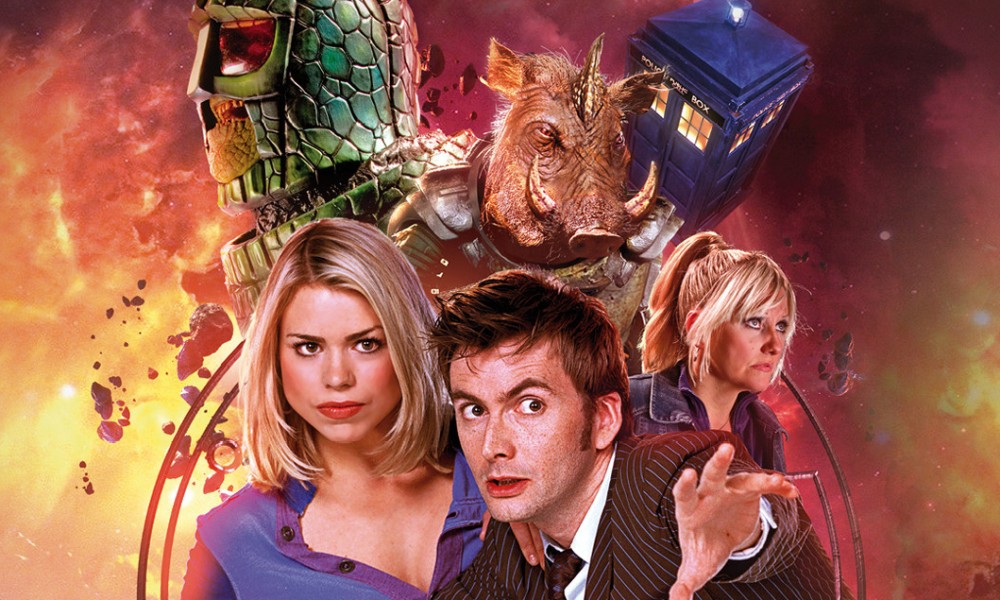 It took a while, but finally we have Volume Two of Big Finish’s Tenth Doctor Adventures, uniting what for many people is still the definitive Doctor/companion team of the modern era: David Tennant and Billie Piper. In the style of last year’s release, we have three hour-long stories, in the usual Russell T Davies-era triptych of contemporary/historical/futuristic, set during Series Two (I would hazard a guess of between The Idiot’s Lantern and The Impossible Planet).

This set hits all my nostalgia buttons just right

John Dorney starts us off with Infamy of the Zaross, which at first seems like any number of aliens-invade-the-Earth tales, but soon reveals itself (though the characters take a little too long to cotton on) to have a hidden turn. It’s a fun pastiche of Davies-era contemporary stories, down to some social commentary, some domestic concerns, and a delightful (as always) turn from Camille Coduri as Jackie Tyler. Jackie gets a lot of the story’s best moments, including staying with a snobby friend you can tell she doesn’t like a whole lot, and getting to see the Earth from space and understanding a little bit more about how Rose lives her life. I enjoyed it, though the problem with pastiching Russell T Davies is that Russell T Davies is the greatest scriptwriter of our era, so even John Dorney is going to come up short: I couldn’t help but feel that the minor-but-key character of Jess would have been a little more sympathetic in his hands. I also felt that some of the effects on the alien voices were overdone — but on the other hand, this is filled with good jokes, about mega-bombs and Doctor Who’s own need to constantly reinvent itself.

The strongest part of the set is the second, Guy Adams’s “celebrity historical” The Sword of the Chevalier, about a historical figure I’d never heard of, the eighteenth-century Chevalier D’Eon, an ambiguously gendered ex-spy and expert swordsperson. It’s funny, it’s clever, it’s heartwarming. It’s got great villains (excellent, unexpected turns from The Avengers’s Lucy Briggs-Owen and The Prisoner’s Mark Elstob), and especially Nickolas Grace (still the best Straxus) shines as the eponymous chevalier, managing to be charismatic and a little too self-involved at the same time. The interplay between the chevalier and the Tenth Doctor is particularly good: as the story points out to good effect, they’re very similar people in their way. Though the conclusion is a little too easy, I thought this one was a blast, and like Zaross, it pastiches those halcyon days of 2006 to good effect.

The set’s weak point is definitely its last episode, Cold Vengeance. If Big Finish have taught me anything, it’s that Ice Warriors are boring on audio, and this story is no exception, with lots of Nicholas Briggs grunt-whispering nonsense about honour as I start to zone out. It’s a shame, because there are a lot of ingredients for a good story here: I like the idea of a planet-sized space freezer, but not enough is done with it. And the mix of characters — a space pirate family and a girl who empties recycling bins and a servile comedy robot — has potential. But somehow it never rises about the level of runaround, even if it is punctuated by some nice moments you could see working on screen, and there’s this showdown scene in the TARDIS near the end that just seems to go on forever. Definitely the weakest Tenth Doctor Adventure so far.

That said, 11 years on from Series Two, this set hits all my nostalgia buttons just right. David Tennant still is the Doctor, and Billie Piper still is Rose; I think she does an even better job recreating the new series’s best companion than she did on screen in 2008. Their camaraderie is still easy, fun, and occasionally sexy. Thrill as Murray Gold’s best opening theme kicks you into each adventure!

It’s weird to think I can already be nostalgic for “new Who”, but this set scratches that itch perfectly. The only thing that’s missing is an announcer at the end telling you about Doctor Who Confidential coming up on BBC Three.