Doctor Who: The Skin of the Sleek / The Thief Who Stole Time review 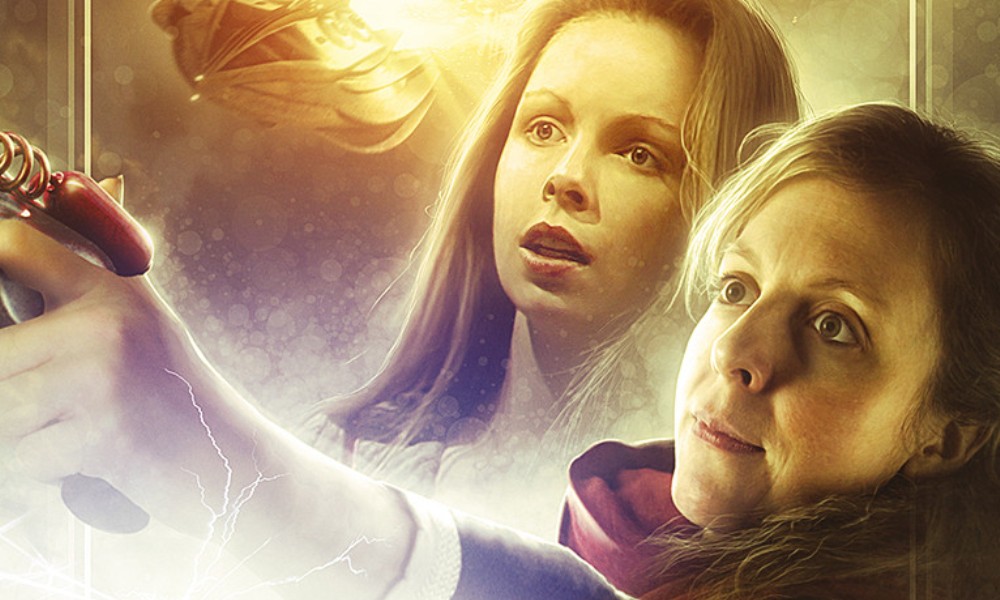 The setting is great, but the story is muddled

This story has a bigger canvas than many Fourth Doctor Adventures, and to some extent uses it well. We get much more of a sense of place than we did in, say, Subterranea: Platt gives us a world made of liquid with a high surface tension, so that one can actually walk across it in parts, but also plunge through its surface into the depths. Nothing stays in the same place, though, as the surface undulates very slowly, so the planet’s floating village is ever moving. It’s a concept perfect made for this story’s status as an audio drama aping Season 18, drawing on real scientific concepts to create interesting imagery (cf. The Leisure Hive, Warriors’ Gate, Logopolis), but well well beyond the range of what the television programme could do effectively, probably even in 2017!

I wish, though, that some depth had been given to the characters. There are some strong performances here, but I found it difficult to care about most of the villagers, or the Earth expedition team that lands on the planet, as they still feel mostly like stock types even with over 100 minutes to explore them. The most significant character is Joannah Tincey as Sartia, a colleague of Romana’s from her days at the Academy, but Sartia is so obviously and over-the-top villainous, it’s hard to get into her, either. I feel like she’s being positioned as Romana’s Master, but the story falls short in pulling that off.

Part of that is because, for a story focused on Romana, she comes across as obnoxiously pathetic here. This is not the clever Time Lady who could be a protagonist of her own that we’ve seen both on screen and in audio in the past, but a hysterical companion in distress. There are just so many scenes where she screams desperately. Lalla Ward might be here, but this isn’t Romana, just someone with the same name. Honestly, it comes across as a failure in writing, Ken Bentley’s direction, and Ward’s own performance, and it’s hard for me to understand how and why Romana has been so misjudged all series long.

The setting is great, but the story is muddled, with an ancient Time Lord secret lying at its heart, whose dimensions and purpose never became clear to me. There’s a lot of running around it feels like, to not any seeming purpose. Tom Baker does have some great material to work with, though, particularly in his back-and-forth with the mysterious (dead) oracle of the alien tribe, and in a sequence where he has to take responsibility for the death of the alien god.

So while I appreciate what a longer runtime can do for a Fourth Doctor Adventure, I don’t particularly rate how this one pulled it off.

A final note: other online commentators have spilt a lot of pixels on how this story fits into Season 18. Now, Season 18 is one of my favourite eras of the programme, and I’m happy to see it evoked in otherwise satisfactory stories, but era-appropriateness has never been one of my criteria for a successful Big Finish audio drama. It can add a dash of delight to a good story: The Foe from the Future, Iterations of I, The Elite, and Love and War all come to mind as stories that are both great and have that nostalgic tinge to them. But some audio stories are great despite feeling nothing like the era from which they “come”, such as Requiem for the Rocket Men or The Kingmaker or Arrangements for War or The Chimes of Midnight. And then some stories are weighed down by their nostalgia, usually when the nostalgia is misguided, such as in earlier Fourth Doctor Adventures that did baffling things like bring back the Kraals.

All of this is to say that I was happy with the stories in this season that had something of a Season 18 flavour when the story was otherwise done well. But the season’s best story, The Silent Scream, wasn’t really Season 18-y at all in my opinion, and the season’s worst story, The Beast of Kravenos, would have been just as bad had it been set during Season 14. The big flaw of this somewhat uneven season hasn’t been its inability to evoke Season 18, but its inability to evoke its central characters: Romana has been dour and sarcastic and ineffective for most of it, a far cry from the haughty but witty and resourceful character I loved on screen in Seasons 17 and 18, and on audio in The English Way of Death, The Trouble with Drax, and Babblesphere, among others. It looks like the Fourth Doctor Adventures will be resting Lalla Ward for a while (Series Seven, as I said, will feature Leela, while Series Eight will actually introduce a new companion for Tom Baker, played by the already-ubiquitous Jane Slavin), but if she comes back in 2020 (or beyond), I hope Big Finish have got a better handle on her character than they did this year.

The Skin of the Sleek and The Thief Who Stole Time (by Marc Platt; starring Tom Baker, Lalla Ward) were released by Big Finish Productions in August and September 2017 respectively.