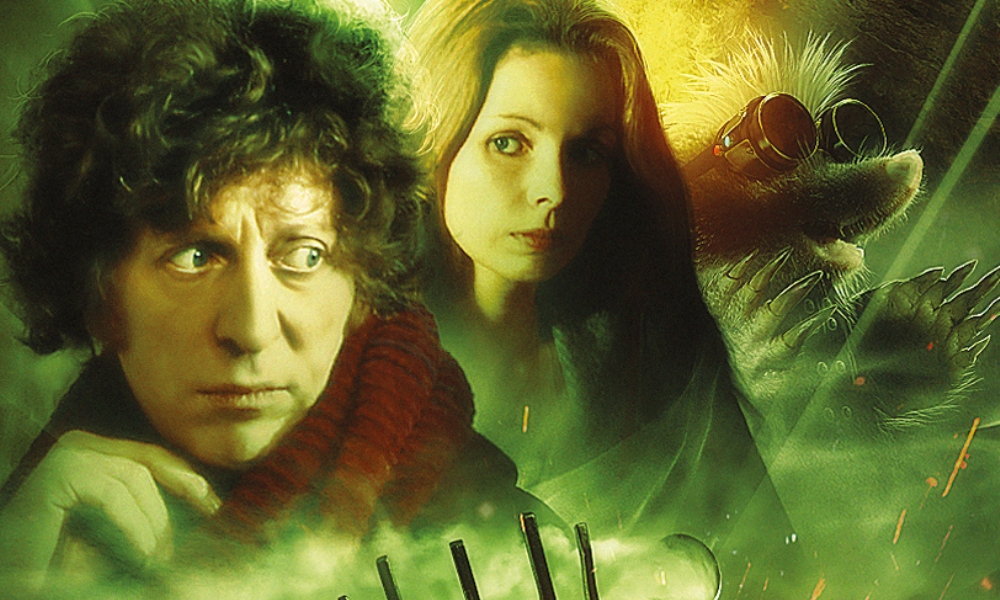 There are some Fourth Doctor Adventures that wear out their welcomes even at 60 minutes. There are some that are weirdly structured because the writer basically writes Parts One and Four of a four-part story, and you get all build-up and/or climax without any of the necessary stuff in between. And then there are some that are just okay at two parts that you suspect could have been great at four.

Subterranea is one such story. The Doctor and Romana (no K9, alas) land on a subterranean excavator on a planet of mole-men — specifically, Dickensian mole-men who are obsessed with hats and always apologising for their reduced circumstances. The idea of an entire civilisation that’s moved underground, but must keep moving to acquire the minerals to stay alive, is fascinating. There are big moving cities, but also smaller scavengers that trail along in their wake; Jonathan Morris’s script gives us an entire ecosystem for this underground race. The race itself is made of some fun characters: I especially enjoyed Matthew Cottle as Mr Maxwell Wilberforce Bell and Robbie Stevens as Mr Jelicho Wigg.

Unfortunately, none of this gets much space to breathe, and the setting’s unique attributes aren’t really utilised: instead we’re onto a generic Doctor Who plot, with cybernetic baddies plotting to take over the world. It would have been nice to have had a more science-fictional conflict that arose out of the unique characteristics of this world. (It would have been more in keeping with the feeling of Season 18, too, during which this is ostensibly set. It does get the title style right!) Way back in the day, Big Finish did The Sandman, which really used its distinctive setting of a migratory space fleet called “the Clutch” to good effect; I think that if this had done the same, it could have been a minor classic like The Sandman, but instead the end gets into a lot of shouting stuff and double-bluffs and so on that feel a little too familiar.

It’s executed with the usual Big Finish solidity, but I found this a somewhat flimsy release in a season of the Fourth Doctor Adventures where Big Finish has been batting a little above average.