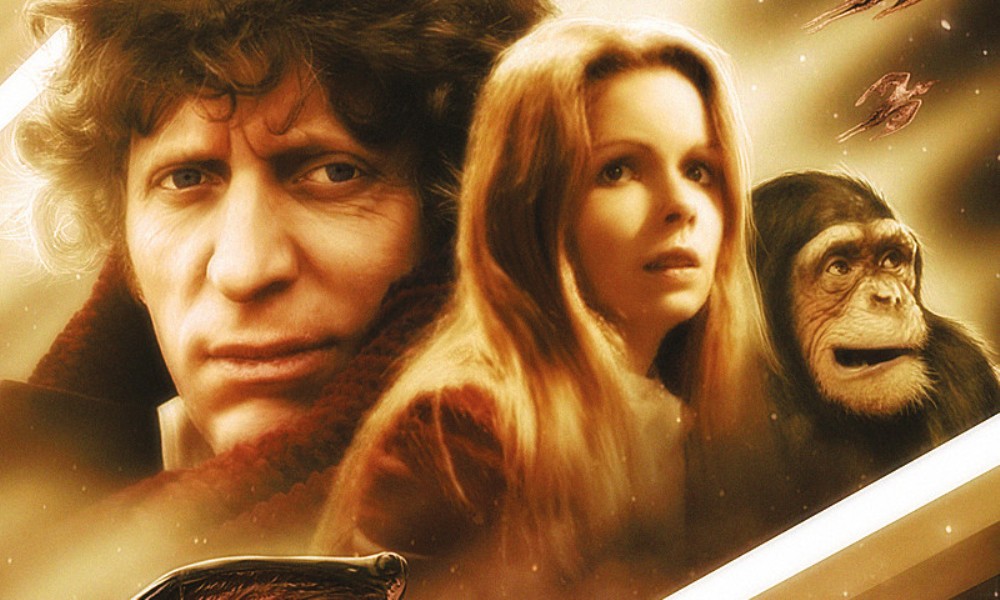 With its single-nonsensical-proper-noun title, Dethras evokes early John Nathan-Turner stories with similarly obscure names like Meglos, Logopolis, Castrovalva, and Kinda. And like a lot of those stories, Dethras is based around a single wacky sci-fi concept: in this case, that of hyper-evolution. Complete nonsense, of course, but in a determinedly Doctor Who fashion, where various permutations and consequences of hyper-evolution are thought out and explored.

Concept-wise, this story is a blast

Of all 2017’s Fourth Doctor Adventures thus far, Dethras most feels like it could have come out of Season 18, as it has both a penchant for visually interesting settings and an evocation of the fundamental coldness of a scientifically minded universe. The story opens on a World War II submarine cast adrift in space, and though the mind can conjure up some wonderful images on audio, it can also imagine the special effects crew that gave us The Leisure Hive, Meglos, and Warriors’ Gate relishing this set-up. (The swarm of spacegoing organisms that turns up later, though, would have probably been out of their reach.) Then a chimpanzee turns up. There’s also a lot of rattling off of cod-scientific terms, in the fashion of the era that gave us “chronic hysteresis” and “block transfer computation”.

Concept-wise, Adrian Poynton’s story is a blast. There’s some nice wrong-footing, such as the use of a flashback — unusual both for classic Doctor Who and Big Finish — that soon becomes more. Like a lot of Tom Baker audio tales, though, it suffers from its length. It just about gets away with its plot resolution (though there’s a strange coda that glosses over a lot), but for character we’re rather on thin ground. Sheila Ruskin (Nyssa’s stepmother in The Keeper of Traken) is fun as Flague, but her character gets one-note fast, meaning there’s an attempt at tragedy that doesn’t have the space to land. And though Romana gets some good stuff to do, at the opening of the story she’s so dour and dull — as she has been in so much of this series — that I’m growing frustrated with one of my favourite companions. One of Big Finish’s triumphs on audio was taking companions who seemed like they got nothing out of travelling with the Doctor (e.g. Peri, Mel) and showing them enjoying themselves, but here for some reason they’ve taken a character who did like TARDIS travel on screen and had her moan about it at every opportunity.

So within the confines of one-hour Doctor Who on audio, Dethras is a decent tale. Not as lively as The Silent Scream, but one of the better Fourth Doctor Adventures of recent memory.