Big Finish Classics: The Shape of Things to Come review 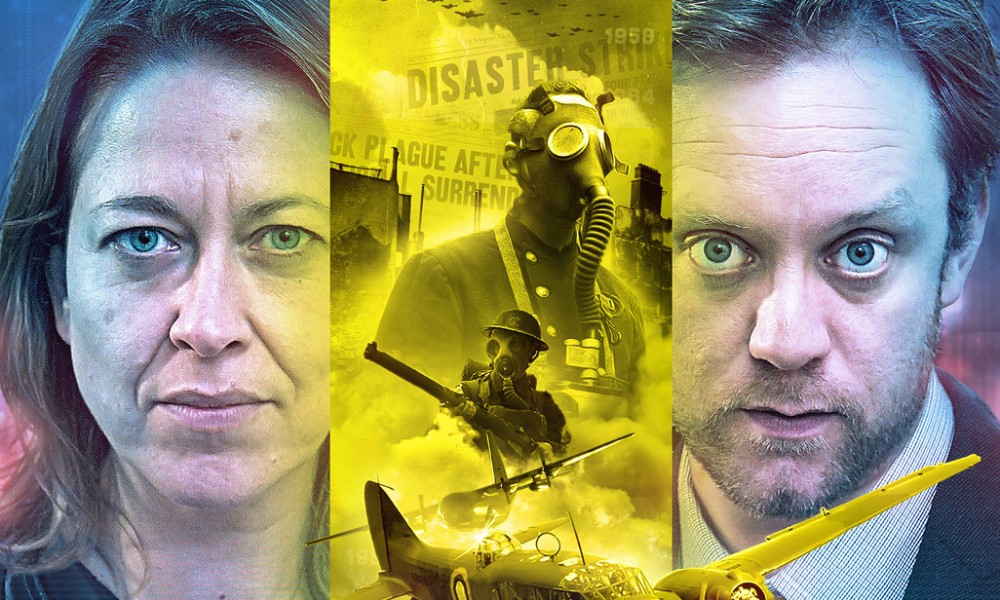 I would have never dreamed that Big Finish would adapt H.G. Wells’s The Shape of Things to Come: The Ultimate Revolution as part of its Classics range. For one thing, it was published in 1933, whereas the five other H.G. Wells classics were originally published in a short span of the late Victorian period, from 1895 to 1901. Secondly, The Shape of Things to Come isn’t really a novel in the conventional sense. Rather, it’s presented as an edited collection of a transcript of a history book from the year 2106, written down in 1933 by a diplomat who saw it in his dreams. Fictional textbooks might make good reading, but they don’t exactly make good drama.

Well, Guy Adams proved me wrong. The Shape of Things to Come is necessarily the H.G. Wells Big Finish Classic with the largest amount of reworking: instead of diplomat Dr Philip Raven dreaming a textbook in 1933, he is visited by a woman from the future in 2017. The woman, Jane, can take Philip through time to let him see history as it happened — or rather, as it didn’t, because her history begins in 1933 with the Second World War breaking out under very different circumstances.

What follows is a series of vignettes from 1933 to 2106 as Raven slowly comes to understand what’s going on. Jane and Philip drop into different time periods for a couple scenes at a time, sometimes interacting with people, sometimes just observing. Adams and director Lisa Bowerman manage to make these little mini-stories interesting for the most part, sometimes even touching.

Sam Troughton manages what could have been a thankless role as Philip, allowing you to believe in this man swept up in extraordinary events, and he particularly gets a number of standout scenes near the end as he starts to wrestle with a difficult decision. But it’s Nicola Walker who, as always, hits it out of the park, making Jane, the conduit for exposition, come to life as a woman doing her best to create the better world she believes in. Nicola is good in everything she’s ever done for Big Finish, and can be heartbreaking on cue, and this story is no exception.

No other characters play big roles in the drama, but Ewan Bailey’s Arden Essenden and Duncan Wisbey’s Titus Cobbett were the standouts of the supporting cast for me, each making a strong impression in their scene or two. On the other hand, Stuart Milligan’s American accent verges into caricature; it’s hard to take a president who sounds like Garundel from Doctor Who seriously. (And yes, I know Milligan really does sound like that, but I think he exaggerates it when he plays American for Big Finish.)

I found myself being sucked in even though I already knew how this history went, and even though I was essentially listening to mildly dramatised exposition. Audio turns out to be a great medium for Wells’s speculations — they’re filled with dramatic imagery like cities domed over to protect themselves from aerial bombardment which audio can bring to life with no effects budget. Sound-wise, Iain Meadows really lets loose here with some bleak cityscapes.

There are only a couple of points where things failed to hit: Jane’s explanations of the complications of temporal mechanics are sometimes overexplained, coming across like technogubbins that ought to have been confined to Doctor Who and not particularly Wellsian; less would have been more. And in some of the early scenes, that old chestnut “if you die in the dream you die in REAL LIFE” raises its head, which never really generates the suspense it’s in theory supposed to. But both are pretty swiftly dismissed once the story moves onwards from the set-up.

The story ends quite devastatingly — in terms of ending it’s certainly the most impactful of all the H.G. Wells Big Finish Classics I’ve heard. The political scientist Arthur Campbell Turner once said of H.G. Wells’s fiction, “Wells was totally possessed by the curious notion that Utopia could only be achieved on the basis of a tabula rasa; first there had to be nearly universal destruction to shake men free from bad thinking habits and the dead hand of universal institutions”. That this is a “curious notion” is belied by the number of postapocalyptic stories that feature this turn: Wells himself wrote many of them, but he is far from the only person to imagine utopia needs massive destruction to come into being; every Alan Moore superhero comic seems to revolve around this concept. But how such “universal destruction” could or would be created is a question that many H.G. Wells adaptations dodge, but Guy Adams and company pick up in The Shape of Things to Come to startling emotional effect. This is a very different story to Big Finish’s The First Men in the Moon, but they’re both highlights of the Big Finish Classics range thus far.

The Shape of Things to Come (by H.G. Wells, Guy Adams; starring Nicola Walker, Sam Troughton) was released by Big Finish Productions in May 2017.