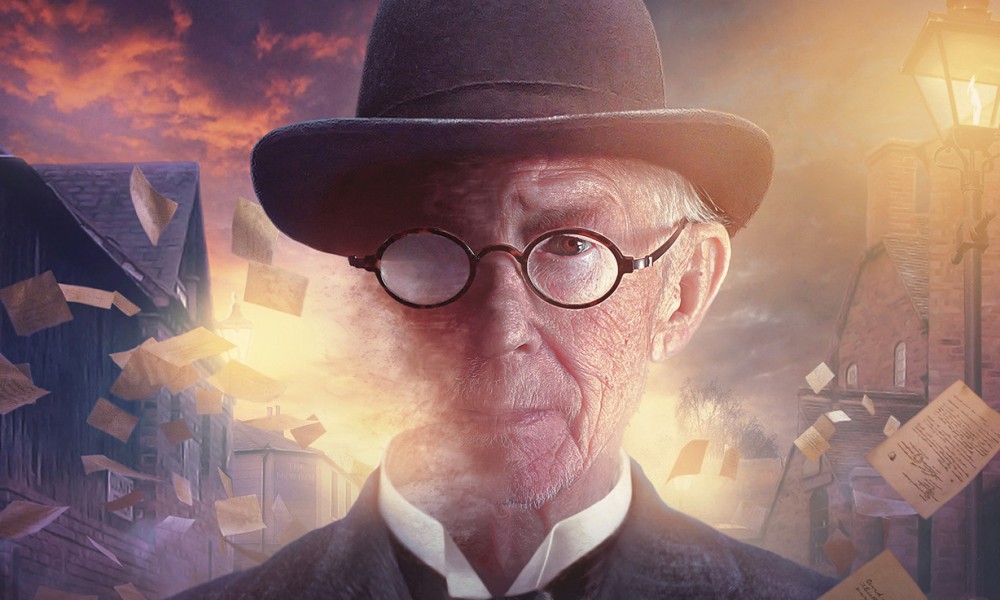 The Invisible Man launches a subseries within Big Finish’s Classics range of audio dramas: six adaptations of H.G. Wells novels, released across the course of 2017. As someone whose academic career began with an article about an H.G. Wells adaptation, and who thinks Wells had more to say about the world of the late Victorian period than any of his contemporaries, and who thinks that the man still defines the genre of science-fiction, you can bet I was excited.

Like most of the Big Finish Classics, Jonathan Barnes’s adaptation is relatively straight, following (so far as I can remember) most of the major beats of Wells’s novel. Jonathan Barnes being Jonathan Barnes, though, he does have to add prurient sexuality, with male characters lusting over female ones to a degree hard to imagine in one of Wells’s scientific romances. (His literary novels being a much different thing, of course.) But the touches of this in The Invisible Man were not near so disruptive as they were to his script for Frankenstein, even if they weren’t as successful as they were in Dracula.

John Hurt is probably the big draw here, other than the usual Big Finish brand, and as good as Hurt always was, I found myself wishing he’d been pushed to go nasty a little bit more. Because when he is, that’s when The Invisible Man is at its best. The Invisible Man himself is a very petty, very bitter, very awful human being, and the scenes where that comes through the most are the best of the play — such as when Hurt’s Griffin begins to kill a man who cannot see him and cannot fight back in order to acquire a willing disciple. But all the casting is good: Blake Ritson narrates much of the story in character as the medical man Kemp, while Peter Noble’s Marvel manages to sound like a ne’er-do-well without descending into comedy, modulating his performance pretty successfully.

The Invisible Man makes for a pretty solid two-hour adventure. It’s satisfying to hear this come to life with a high degree of fidelity — would any other adapters spend so much time with just one mysterious man up to no good in a country village? — but if you’re not familiar with the novel, I think you’ll find a satisfying adventure through the complications of invisibility as only H.G. Wells could imagine them.