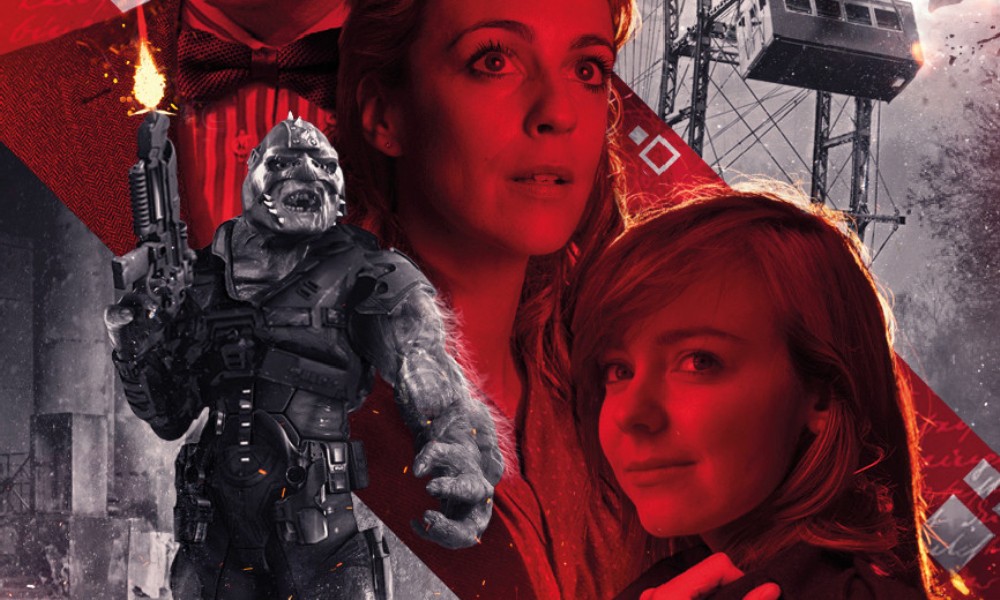 The CD extras of Quicksilver are, I think, inadequate, because they fail to really explain the story’s central draw. Listening to them, Matt Fitton’s thought process seems to mostly run, “lol, I dunno, then I tossed Flip in to this story about Constance’s emotional betrayal set in postwar Vienna”. Like, that’s not really an answer. Flip doesn’t belong there at all.

It’s no secret that I didn’t find Flip the most interesting of companions. As enthusiastic as Lisa Greenwood might be, after listening to The Crimes of Thomas Brewster she didn’t even register on me; I wrote in my review of that, “Apparently one of them [the story’s minor characters] is going to become a companion, which is baffling. Had I not known that before listening, I doubt I’d have even remembered the character’s name.” When she made her debut as a proper companion in The Curse of Davros, I described her as “not awful” and then proceeded to skip all the main range releases featuring her, for the next two years, at which point she seemed to vanish from Big Finish, getting married off in a story she didn’t even appear in (The Widow’s Assassin). It’s bad when you get written out as cursorily as Liz Shaw. I did pick up The Sixth Doctor: The Last Adventure. My take: “Lisa Greenwood’s Flip has never been a companion that interests me.” Ouch.

As I look back at that review, I see I was full of enthusiasm for its new Sixth Doctor companion, Miranda Raison as Constance Clarke: “Based on this story, I am looking forward to it [Constance’s debut]: Constance is fun but no-nonsense, definitely a product of her World War II origins. After the aberrations that were Flip and Will, this might be a return to Big Finish’s streak of quality original companions.” She was solid in her proper debut in Criss-Cross, but it was part of a so-so trilogy of which I wrote, “I found her enjoyable in all three adventures in this new trilogy as well, though I felt her success as a companion was generally proportional to that of the stories themselves.” I haven’t found the first two stories of the more recent Constance trilogy much to write home about, either.

All of this leads us back to Quicksilver, the finale of the second Constance trilogy. After the events of Absolute Power, the Doctor agrees to take Constance back home: she feels a little guilty about flirting with Ammar given she’s a married woman, even if her husband is missing in action. And even if on the last day she saw him alive, she found evidence of his infidelity. But of course before the Doctor can take off, some alien turns up with some problem (it doesn’t really matter to be honest), and Constance is popping along with the Doctor to postwar Vienna (it may help if you’ve recently seen The Third Man, as Quicksilver has all the trappings of that film except for the zither*Actual quote from the trailer for The Third Man: “He’ll have you in a dither with his zither.”), and for contrived reasons that involve a callback to The Widow’s Assassin, Flip is zapped there too in what is a fantastic cliffhanger.

Like, why did Matt Fitton (and/or Alan Barnes, script editor) do this? It just seems kind of random and arbitrary, taking one of Big Finish’s less well-designed original companions and joining her to another companion who has the potential to be successful but has been put through some really dull stories.

Look, I don’t know what the answer is. But by God, it is a stroke of genius. It turns out that all these two so-so companions needed… was each other. All the best scenes of Quicksilver revolve around the two of them. Miranda Raison and Lisa Greenwood spark off each other instantly: the proper upper-class 1940s woman and the flippant working-class 2010s woman, one of whom is imbued with a lot of respect for institutions and hierarchies, the other who is… not. Simple jokes are made fresh by their delivery, basic misunderstandings become comic fodder. It’s brilliant, it’s fun, it turns out to be the spark that both of these characters needed. Hopefully this can be maintained going forward, because it has solved the difficulties of both characters for me.

I said all the best scenes of Quicksilver were about them; that’s not true. There’s some very real, very human stuff with Constance’s relationship with her own husband, and given great material, Miranda Raison really rises to the occasion. Hearing the always collected Constance Clarke decidedly un-collected turns out to be really affecting.

If you’ve been sceptical about Constance and/or Flip, give them a second chance and listen to Quicksilver. As was said in a different World War II-era film: “I think this is the beginning of a beautiful friendship.”