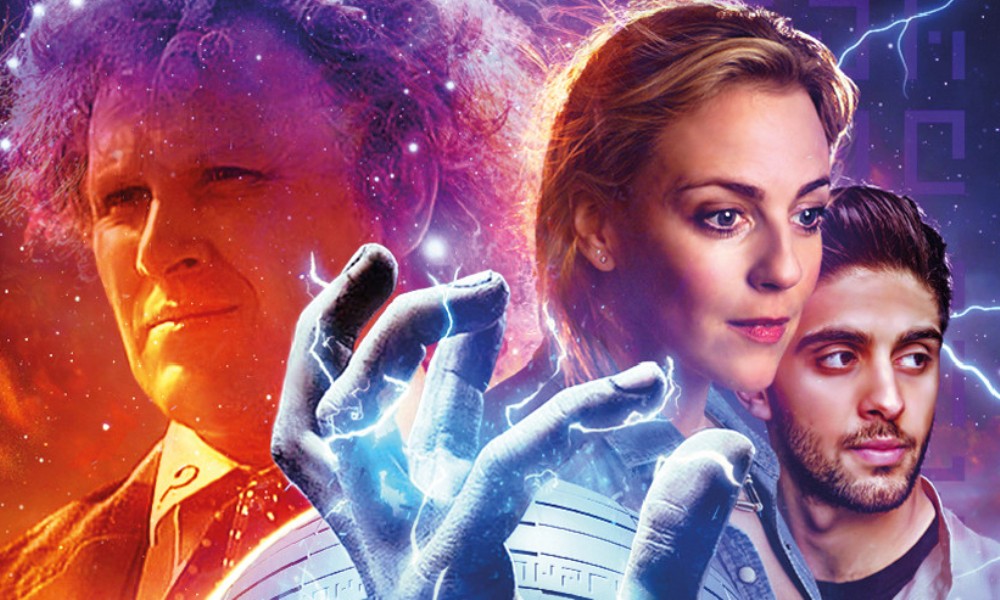 The most recent Sixth Doctor and Constance trilogy continues with Jamie Anderson’s Absolute Power. Anderson has been doing a lot of directing for Big Finish of late (including both other stories in this trilogy), and in this story he takes pen as well, producing something that is arguably wholly his own vision. Sometimes when the same person both writes and directs, great stuff can result at Big Finish: Barnaby Edwards’s The Emerald Tiger springs to mind, as do Mark Gatiss’s Invaders from Mars and some of Nicholas Briggs’s best work.

This is probably Constance’s best showing since her debut

Absolute Power does have some promise, mostly in its distinctive cast of characters: I’d be willing to guess that a writer-director might be more likely to populate a story with a range of people who will sound interesting, and Anderson certainly does in Absolute Power. I enjoyed Paul Reynolds as Lyam Yce and Jenny Bede as Florrie, both of whom sounded like they came right out of an episode of Jeeves and Wooster, and Arian Nik was suitably endearing as Ammar. And then you have mad scientists and space police and all that other kind of good stuff.

Unfortunately, much like its predecessor, Order of the Daleks, Absolute Power is kind of a so-so story that follows predictable story beats. Once you realise that someone is out for exactly what it says in the title, nothing unexpected happens, and the lively characters kind of become flattened as they’re forced into obvious roles of hero and villain within the plot. The story also suffers because it involves a powerful object being extracted from a remote archaeological dig — along the lines of the previous year’s Constance story Shield of the Jötunn.

That this is all a bit light is an impression enhanced by Joe Kraemer’s score, a heavy-handed one that telegraphs every emotional and comedic moment, making the whole production come across as cheap, unfortunately.

Still, this is probably Constance’s best showing yet outside of her debut adventure Criss-Cross, as she becomes separated from the Doctor and ends up acquiring a companion of her own in Ammar. Constance always, of course, does her bit, and in this one she seems to accomplish even more than usual with her WWII-era determination and pluck, and the end promises some interesting things to come as regards her.