Doctor Who: The Star Men review 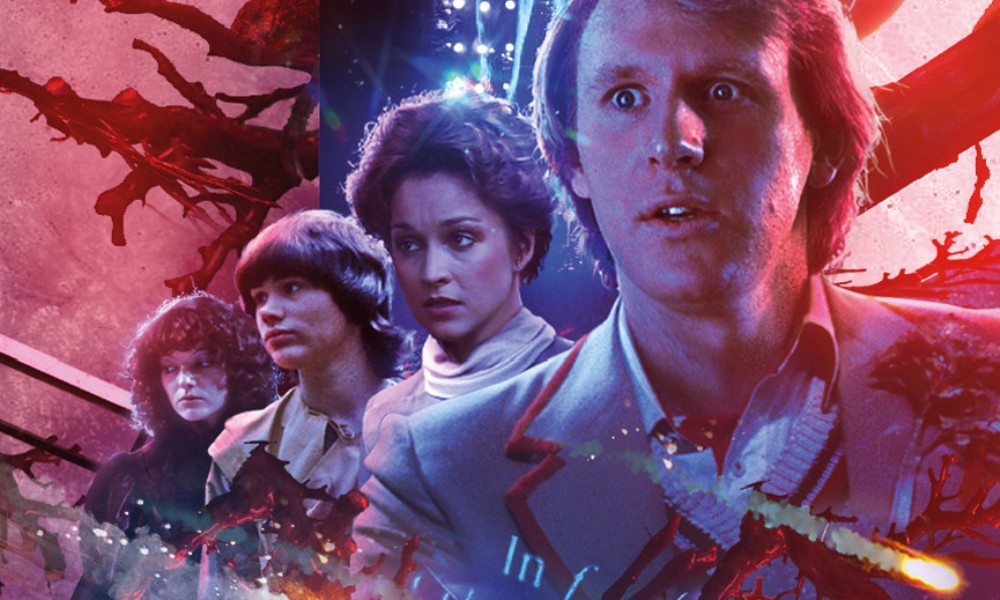 The Star Men begins a new trilogy of adventures, and marks the Doctor Who monthly range debut of Adric. The Season 19 TARDIS team of Peter Davison, Matthew Waterhouse, Sarah Sutton, and Janet Fielding, previously heard in The Fifth Doctor Box Set and Cold Fusion, finally make their way into a trilogy of four-parters. The first story, The Star Men, is penned by Andrew Smith, who wrote Adric’s very first story way back in 1980, and has written several Big Finish stories since.

Season 19 is technically a little late for a Bidmeadian tale, but it feels appropriate to this set of characters

Two things strike the listener upon hearing Part One of The Star Men. The first is that Smith has a good handle on the Season 19 TARDIS team. I know I’ve gone on record with this more than once here at Unreality SF, but I really like this crew: a set of diverse and interesting personalities with odd backstories (two brainy orphans at once?), well performed (most of the time). They do bicker — but I would argue that at its best, the bickering masks true affection, and when it’s not at its best but still very good, it’s at least funny. I enjoyed listening to Davison, Waterhouse, Sutton, and Fielding do their thing here, whether it be Adric trying to learn how to land the TARDIS, or Tegan being indignant but also appreciative at the wonders of the universe. Actually, Adric gets a good showing in this one, with a lot of brainy save-the-day moments and even a hint of romance! If I had a criticism of how Smith handles the TARDIS team here, it’s that Nyssa feels a bit sidelined, but director Barnaby Edwards indicates that across the trilogy, each companion will get their due. (Speaking of which, Barnaby is someone who I bet could write a cracking story for this team, if his minor classic The Emerald Tiger is anything to go by.)

The other is that it feels of a piece with Season 18/early 19. Christopher H. Bidmead is one of Doctor Who’s unsung creative geniuses, I reckon, penning three stone-cold classics and script editing one of the programme’s most consistent seasons. Bidmead’s productions are famous for their more scientific tone — lots of actual science (well, words used in actual science anyway) and lots of austere planets ruled by scientific elites (The Leisure Hive, Full Circle, The Keeper of Traken, Logopolis — I’m sure they did a list of these on one of Doctor Who Magazine’s inimitable “Wotcha!” pages). The Star Men fits right into that, with the TARDIS coming to the science planet Gallius Ultima, where even the teenage girls are running the astronomy division, and where humanity is testing the breakthrough that will allow them to cross between galaxies with ease. I don’t know how scientific it all is really, but it certainly convinces as scientific, with Adric adjusting satellite angles and such. Season 19 (at a guess, this trilogy goes between The Visitation and Black Orchid) is technically a little late for a Bidmeadian tale, but it feels appropriate to this set of characters, and besides, Big Finish already slotted in the Bidmeadian maths-based ghost story Iterations of I even later. The feeling of tonal appropriateness is further by Steve Foxon’s electronic score; Foxon doesn’t do the outright Paddy Kingsland pastiche of some Big Finish composers, but he produces something that feels like it could have been broadcast in 1982.

Unfortunately, once the story gets going, it’s a bit disappointing. The titular Star Men are weak villains. Smith talks about his inspirations in the extras, and that was helpful for me to understand why. First, they’re inspired by an interesting visual image… well, that doesn’t do a whole lot for my ears, and they end up talking like any number of generic Doctor Who villains. Smith also talks about researching the intergalactic setting — but it ends up not really mattering to the story. Sure, there’s another galaxy involved, and it’s real, but what happens there could happen on any Doctor Who planet in our galaxy, and then interuniversal travel gets involved… and it still feels pretty much the same. Around the same time I listened to this I also watched the Farscape episode Through the Looking Glass, where their ship “runs aground” in three different universes, and those other universe felt weird and genuinely different; the other universe here was lacklustre in comparison. Good concepts, but a real failure to utilise them. I want to hear the weird kind of place that could give rise to something like the Star Men, not something that sounds like it could have been recorded on location in an English quarry.

Still, the story’s not without its high points. I really enjoyed Sophie Wu as Autumn, Adric’s would-be love interest. Wu is, Wikipedia informs me, 33 years old, but she does a good job playing young — though given she’s opposite a 55-year-old playing a teenager, it’s probably best to not cast someone very close to the character’s age. I liked her a lot, and her interactions with Adric; I could have done with more of her, to be honest. Sue Holderness also manages to bring some character to the could-have-been-stock part of Autumn’s mother Kala Tace.

After the recent disappointing run of the return–of–Mel trilogy, I was a little down on the main range. The Star Men isn’t a rousing success, but it is a step in the right direction.