Doctor Who: The Memory Bank and other stories review 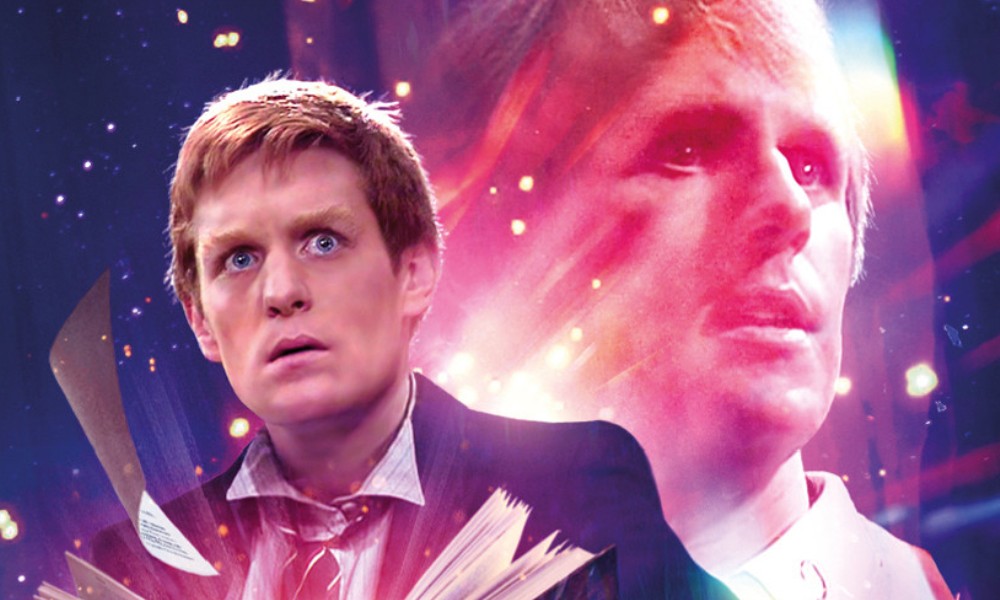 The Memory Bank and other stories begins with Turlough trying to pick up his interest in art, previously seen when he tried to sketch the Eye of Orion in The Five Doctors, and more than one of the 30-minute stories in this set of four have him try to paint or sketch something. But the reference is perhaps largely superficial — if anything from The Five Doctors matters to The Memory Bank and other stories, it’s the Doctor’s statement that “A man is the sum of his memories, you know, a Time Lord even more so”. Every one of these stories is about memory, how we remember ourselves or each other, and what we choose to remember. Like the best of Big Finish’s four-in-one releases, there’s a greater-than-the-sum-of-its-parts unity here — each story is solid on its own, but gains something from being included with the others.

Each story is solid on its own, but gains something from being included with the others

The Memory Bank by Chris Chapman does what a lot of Doctor Who stories do and takes something metaphorical and literalises it: in this case, the idea that being forgotten is a form of death. The Doctor and Turlough discover a planet where this really is true. Of course there’s some kind of malign alien presence, but the highlights of this story come from its human elements: the old Archivist (played by the always pleasant Ian Brooker) recounting some beautiful memories, Turlough’s discomfort at becoming the new Archivist, the Doctor talking someone back into existence and making a new friend, some rare snippets of Turlough giving away his own past. I enjoyed the glimpse we get into this world, one that might not sustain the conventions of a 120-minute story, but provides an interesting 30.

When talking about literature and its importance, I often point out that you will (usually) meet more scientists in fiction than in real life, or experience more romances in fiction than in real life. These stories become our memories, and thus inform our way of operating in the wild — if you’re a scientist, you might get frustrated if everyone’s understanding of your occupation comes from Frankenstein. Paul Magrs’s The Last Fairy Tale takes this concept and transposes it to medieval England, where the Doctor’s arrival in a village becomes misunderstood (thanks to his own false modesty) as the coming of a mythical Storyteller. Only what if the witches and ogres object to their depictions in fiction? The concept is thin, but perfectly so: Magrs is a funny writer, and this jokey tale doesn’t wear out its welcome. (I do, perhaps, detect some critique of how underrepresented groups ask for more/better representation in fiction.)

Eddie Robson provides an offbeat, perfectly calibrated 20-minute story with Repeat Offender. Like with his The Jupiter Conjunction, he starts with the idea of deconstructing that scene in so many Doctor Who stories: the Doctor is arrested because it seems like he’s committed a murder. Here, Robson spins something incredible out of it, a complicated, high-concept mystery that all plays out within one room and one scene. Robson always does a good job with the Fifth Doctor, and I really enjoyed this one. (Though, it’s perhaps the story whose link to the memory theme is most tenuous; memory provides a plot point in that the Future Police in this story can recover them, the story isn’t really about memory.)

Ian Potter winds the collection down with The Becoming, where the Doctor and Turlough arrive on a planet in the middle of coming-of-age ritual. But what happens when your personal memory begins to disagree with the memories passed down by your culture? This story is more sci-fi-y than Doctor Who gets sometimes, with a unique alien biology and culture worked out, and a pretty small-scale threat: will this one person succeed in her society’s greatest ritual? I enjoyed it for that.

All the stories in this set are elevated by Richard Fox and Lauren Yason’s evocative sound design (great alpine soundscapes in The Becoming, for example) and atmospheric music. Longtime Big Finish performer (she was in the first Big Finish I ever heard, 2001’s Storm Warning) Helen Goldwyn makes her directorial debut, and I thought she did excellently: all four stories are well cast and crackle with energy. I look forward to hearing more from her! And Peter Davison and Mark Strickson are always good at what they do, but they bring their A-game here, with four scripts that treat them as real characters, with nice moments of bickering but also of genuine sentiment (Turlough does have some of that hidden away) and good comedy.

If you listen to the DVD commentary track on The Five Doctors, scriptwriter Terrance Dicks admits that he has no idea what “A man is the sum of his memories, you know, a Time Lord even more so” actually means, he just thought it sounded good. But I think I get it. The Time Lords aren’t real, they’re just stories: you won’t actually die if you’re forgotten, but the Doctor will. The four stories in this set show how we tell stories to ourselves and to each other to remember, to keep going, and how sometimes memories can have their downsides. Some things we might prefer to forget, but they still make us who we are, they’re still part of our story. As long as Big Finish can produce stories like these, the sum of the Doctor’s memories will safely remain intact.