The New Counter-Measures: Series One review 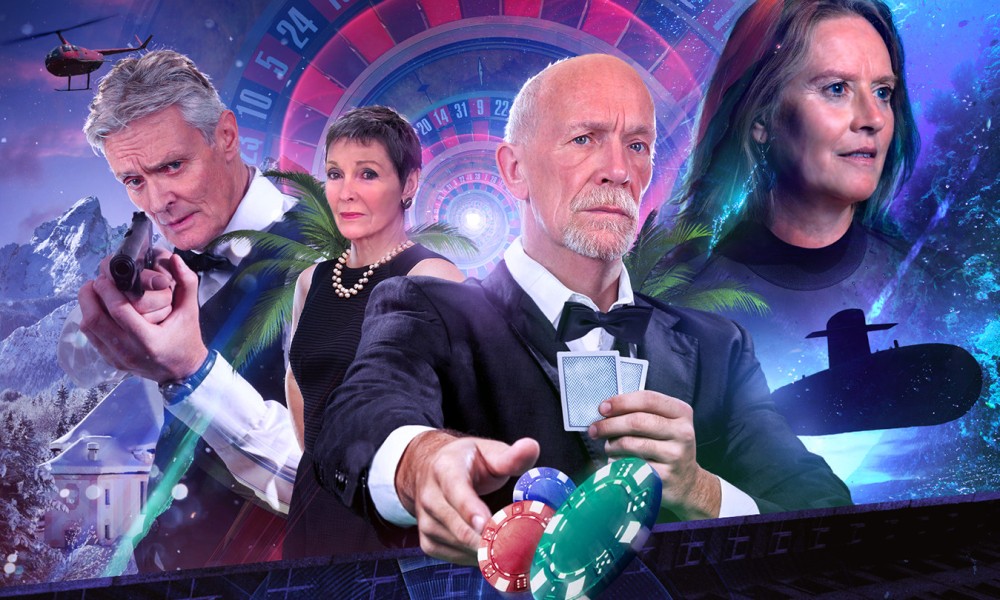 By the end of Counter-Measures, I’d grown a little tired of the gigantic conspiracies despite my enjoyment of the basic premise of the series and its characters. Thankfully, Big Finish themselves seem to have realised this. Set ten years on, with all the stuff about the Light safely behind them, The New Counter-Measures allows for a set of reasonably standalone, relatively straightforward adventures for the members of the Intrusion Counter-Measures Group, now with a swish new headquarters in the Post Office Tower.

The team seem to have a new level of government confidence, but there’s also been a paring back of sorts. In the first run, Counter-Measures had an army of soldiers at their disposal (as they did on screen in Doctor Who‘s Remembrance of the Daleks), but that didn’t work too great on audio, plus the rest of the group outside of the main characters was always a bit amorphous. Now the group just is the main characters — Professor Rachel Jensen, Group Captain Ian “Chunky” Gilmore, Doctor Allison Williams, and Sir Tobias Kinsella — and they’re more of a cohesive group than ever, Sir Toby’s shady agendas being a thing of the past. (Hopefully for real.)

This is an effective refinement of the Counter-Measures concept

The extras compare this new version of the series to a globetrotting ITV show from the 1970s, and I can see it. (David Richardson and John Dorney talk about carrying over some of the structural sensibilities of The Avengers, and in a way, this does feel like a development of that range’s approach.) While Counter-Measures tended to stay in England except for jaunts to dismal grey battlegrounds in the Cold War, The New Counter-Measures takes in Switzerland, the deepest ocean, and Monte Carlo in three of its four episodes. It just feels more colourful than its predecessor (which often billed itself as “audio adventures in black and white” or somesuch). Each story has a science-fictional hook which gets our heroes involved: invisibility projectors being using in robberies, psychics locating lost nuclear submarines, bioweapons development programmes run amok, and an arms dealer who specialises in alien technology. The best Counter-Measures stories dealt with civil unrest and social control, but these stories are about imagining how criminals or governments (or criminal governments) in the 1970s would use (or misuse) fantastic technologies.

I’d say it works. These characters have always been good, ever since 1988 — that’s the whole reason this range exists, after all — but Big Finish have really refined them over the last 20 or so episodes of Counter-Measures (not just four box sets, but also The Assassination Games, The Worlds of Doctor Who, and Who Killed Toby Kinsella?). Ian Potter in Troubled Waters and John Dorney in A Gamble with Time, in particular, draw the characters very well, with little bits of business in their interactions that ground them as real people with real relationships, like Allison explaining metric to Ian, and Ian indignantly explaining he knows how to use metric. At this point, like in its sister range Jago & Litefoot, these characters are just fun to spend time with, and the writers do a good job of making it time well spent.

The only story I didn’t really enjoy here was Christopher Hatherall’s The Phoenix Strain — I don’t know if it’s an intrinsic limitation of audio, or if Big Finish’s powers don’t extend as far as Hitchcock’s, but I just didn’t find the flocks of crazy birds a very compelling threat, and I also thought the moral dimensions of the story were a bit odd; the character who gets the lion’s share of the blame for the villainy I wasn’t convinced entirely deserved it, and another character’s culpability seemed brushed over. Hatherall got his start as a Big Finish writer on Survivors, and I was interested in how this story seemed based on a lot of the same 1970s concerns as Survivors, but refracted through the very different lens of Counter-Measures.

On the other hand, Guy Adams plays with some interesting concepts in Nothing to See Here (it’s more psychological invisibility than physical), the underwater soundscape of Troubled Waters is handled well by sound designer Rob Harvey, and Carolyn Seymour has a great turn as a villain in A Gamble with Time (including an excellent speech about blackjack). Also Gilmore saves the day with excellent style.