I started listening to Big Finish’s The Avengers: The Lost Episodes on basically a whim, and I’m glad I did: the range has provided me with 26 little slices of delightful 1960s melodrama, based on a television programme I haven’t watched and probably never will, but which reminds me of other British 1960s black-and-white gems like the first series of Danger Man. The mysterious John Steed and his much put-upon associate Dr David Keel have provided me with hours of entertainment as they fight crime’s worst. Unfortunately, it all comes to end with Volume 7, which rounds off the first series of The Avengers, and unfortunately, it features little of the character interaction which makes the series so memorable.

Julian Wadham and Anthony Howell have lived these roles, feeling exactly like the characters stepped out of 1961. I hope some way can be found to reunite them

Of course, this isn’t Big Finish’s fault per se: they’re stuck recreating the stories that were broadcast in 1961. But of the three stories collected in Volume 7, one is a Steed-only story and one is a Keel-only story, and the final story doesn’t put the two characters together very much. (The original series would sometime give its actors vacations by featuring only one lead in a story.)

It’s the first of these stories that’s the strongest, actually, an adventure by Ian Potter from a lost story called Dragonsfield by Terence Feely, an episode where only tele-snaps and a synopsis remain. Ian Potter did good work under similar circumstances with Volume 6’s Death on the Slipway, and this story is every bit as good, as a saboteur makes his presence known in a space research facility. Potter’s script populates the facility with distinctive, fun characters, whose lives are disrupted by the outside influence of an investigating John Steed. Save for the lack of Keel, this is the exact kind of thing I listen to The Avengers for. There are a lot of great bits, like the sultry manipulator Susan Summers trying to get her man, or Steed discovering that One-Ten’s temporary replacement One-Fifteen is even worse, or the backstory of the German émigré Lisa Strauss. Julian Wadham sparkles as always, of course. The only downside to the story is the small world of Big Finish casting: it’s a bit disconcerting for a listener of the new UNIT series to hear an authority figure played by Ramon Tikaram chew out a young firebrand played by James Joyce, and Joyce very obviously doubles up as two different characters — but at first I thought that the second character was the first one in disguise!

The Keel-only story is The Far Distant Dead by Tom Mallaburn, from a lost story by John Lucarotti (known to Doctor Who fans as the writer of The Aztecs, Marco Polo, and The Massacre). Keel stops in Mexico to aid earthquake victims, only to discover a smuggling plot putting lives at risk: Mexicans are cooking food in imported olive oil that’s actually hydraulic fluid. Investigating this sends him to France in pursuit of the truth, accompanied by a female Mexican physician, Ampara Alverez Sandoval. It’s okay. On audio, visits to Mexico and France mean a constant parade of accents, which I find a bit distracting. It doesn’t help that many of the characters are basically cyphers, including a smuggling crime-boss who sits around cackling things like, “We’ll put him out of our misery!!!” The underplayed relationship between Sandoval and Keel is probably the highlight.

The set, and the range as a whole, comes to an end with The Deadly Air, by John Dorney from a story by Lester Powell, once again reconstructed from tele-snaps. Coming in the same set as Dragonsfield, it feels a bit repetitive, as Steed and Keel work together to unmask a saboteur in a research facility, only it’s less good, as I found the character in this one less sharply drawn, and as a result, I was never really drawn into the story. Plus, Steed and Keel barely seem to work together! The Deadly Air was not really the final episode of the first series of The Avengers (Dragonsfield was broadcast last, and Volume 4’s Dead of Winter was produced last), but Dorney can’t resist a final scene that nods to the fact that this is Big Finish’s last Steed and Keel story — and I couldn’t resist it either. It’s cute, and it works.

Julian Wadham and Anthony Howell have lived these roles, feeling exactly like the characters stepped out of 1961 even though this set was recorded in 2016. I hope some way can be found to reunite them on audio once more, but even if not, I’m glad we had these 26 adventures, and I look forward to visiting them again someday. These two Avengers will always be needed. 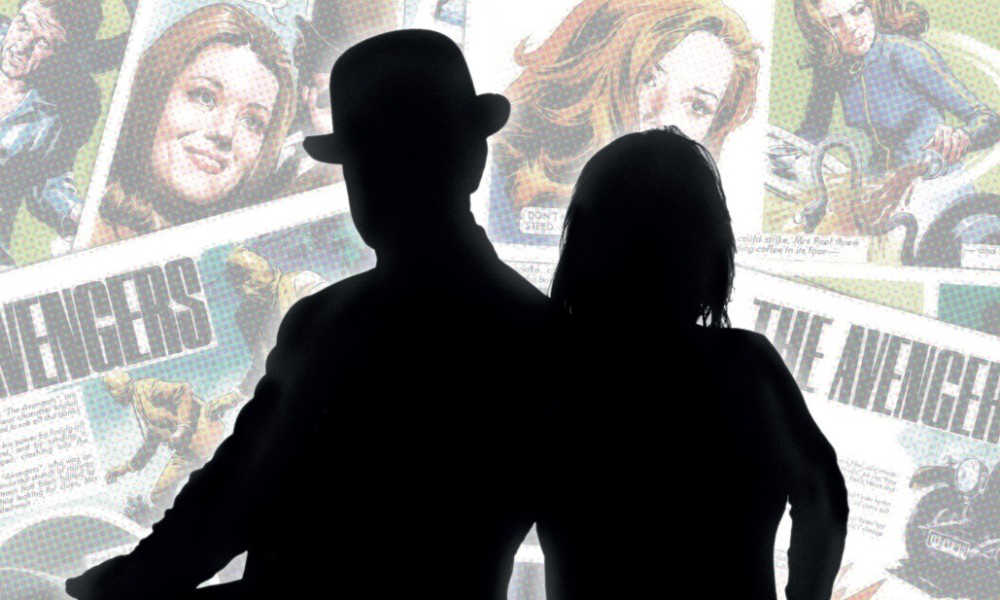