Doctor Who: The Sontarans review 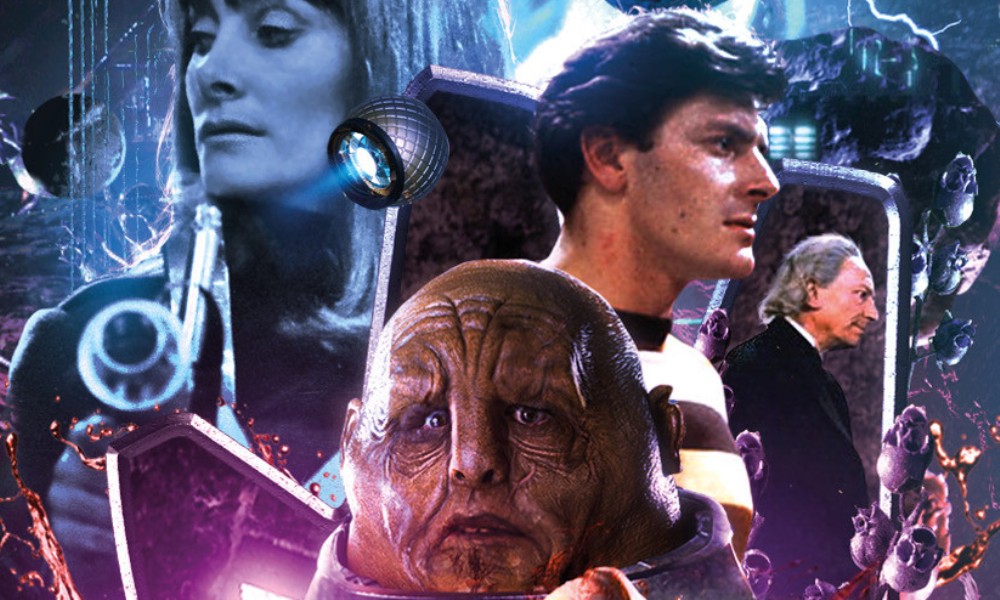 I was a bit of a sceptic when I started listening to Big Finish’s Doctor Who Companion Chronicles; if you read my early reviews of the range, I’m always grumbling about something. With time, though, I was won over to the format, and now I mourn its reduction from 12 stories per year to a paltry four. One of the things that helped win me over was Simon Guerrier and his handling of the First Doctor, Steven, and Sara. His “Sara Kingdom trilogy” is justly praised, and I think his “Steven and Oliver trilogy” is even better, and he’s made strong returns to these characters in stories like The Anachronauts. These stories showed me how you could mine the characters and aesthetic of the 1960s for stories that still feel fresh in the 2010s.

Guerrier returns to this TARDIS team one last time in The Sontarans, from the latest series of The Early Adventures. I guess in the imaginary alternate version of 1960s Doctor Who where the Early Adventures and Lost Stories are all soundtracks to recorded-but-missing stories, The Sontarans debuted in this tale, were referenced in The Black Hole, and finally brought back to the screen in the mid-1970s in The Time Warrior. In that alternate universe, though, the Sontarans’ appearances in the 1970s must have felt like a disappointment, because while The Time Warrior and The Sontaran Experiment feature just one of the creatures, The Sontarans features whole clone armies, delivering the visual spectacle that the Sontarans implied, but we never got to see on screen until 2008 in The Sontaran Stratagem.

One might interpret the title as simply referring to this bit of retroactive continuity: just the Daleks debuted in a story (sort of) called The Daleks, the Ice Warriors in The Ice Warriors, the Dominators in The Dominators, the Krotons in The Krotons, and the Romans in The Romans, so do the Sontarans now “debut” in The Sontarans. But you might also interpret as an attempt to a definitive Sontaran story: this is no story with a single Sontaran (or a small group) like the Sontarans’ 1970s and 1980s TV appearances, nor is a more comedic story like Heroes of Sontar or the many outings of Strax. Instead, the story attempt to portray the Sontarans as a formidable foe, relentless, driven, and cruel. It mostly succeeds, somewhat undermined by the fact that saying there’s a relentless army of uncountable killers is easy on audio, but making you feel it is hard. And I think the Sontarans’ seemingly arbitrary adherence to “honour” threatens to undermine them as an effective adversary at times. On the other hand, there’s more than one bit where Sontaran tenacity proves a surprising threat to our heroes.

Meandering around time and space with the taranium core safe in their custody, the TARDIS crew ends up very close to Sara’s own time, where a human military unit is struggling with a Sontaran squad for the possession of a dangerous weapon at a key location. This is very much a war/commando story, with battles, skulking in tunnels, clever escapes, and that sort of thing throughout; there’s only one guest character in the whole story who’s not in some kind of military unit. Dan Starkey and John Banks appear as the Sontarans, roles they both excel at, and they do double duty as members of the Space Security Service unit the Doctor ends up allying with. There’s nothing too groundbreaking here; it’s like a Terry Nation Dalek story but with Sontarans in, which I guess is appropriate as it takes place during a Terry Nation Dalek story, in that ever-widening gap between Episodes Eight and Nine of The Daleks’ Master Plan.

The Early Adventures started out narration-heavy, drawing on the precedents of The Companion Chronicles and The Lost Stories, and using narration to smooth over the absence of cast members who had passed on. But as time has gone on, Peter Purves’s excellent William Hartnell impersonation has become less a voice being narrated and more an actual role; in The Sontarans, it’s at its most full-fledged. Like Frazer Hines’s performance as Patrick Troughton as the Second Doctor, this works to its disadvantage. What works as a voice adopted during narration doesn’t necessarily work as a real performance; the Doctor and Steven are too obviously played by the same guy, and sometimes I couldn’t tell who was meant to be saying what when. I wish Big Finish would dial back on these recasts. I know my opinions aren’t universal, but they don’t really work for me, and yet with the collapse of the Companion Chronicles, it’s hard for me to hear First Doctor stories without them. There’s only one William Hartnell, and Peter Purves can imitate him, but never take his place.

I said above that Guerrier had done a good pastiche of a Terry Nation story, and that’s probably damning with faint praise. There’s a real feeling in The Sontarans that Guerrier has run out of things to say about Steven and Sara. Jean Marsh gets a couple good scenes with Jemma Churchill, as the two women reflect on their places in (or out) of the Space Security Service, but beyond that, there’s little interesting character stuff for any of the regulars: Sara shoots things, Steven gets tortured, the Doctor has a plan. At the end of the story, Guerrier makes this explicitly clear, but one wishes he could have had more to say in this one. A strong but thin “debut story” for the Sontarans.