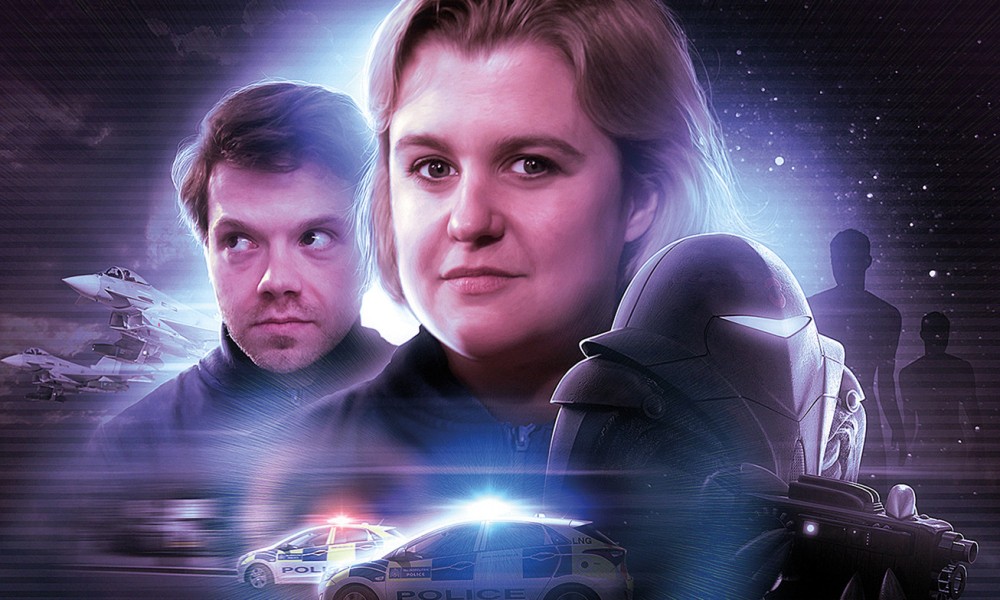 Three years between series is beyond ridiculous (especially given that Big Finish took my preorder money in 2015, more fool me I suppose), but finally the spin-off featuring my favourite audio Doctor Who companion is here. Written by Nicholas Briggs, Charlotte Pollard Series Two brings back erstwhile Eighth Doctor companion Charley Pollard, her own companion of sorts Robert Buchan, and the mysterious “Rogue Viyran” for a new set of adventures. The first series took Charley all across time and space, but the second brings her and her associates to early twenty-first-century London, as the other end of the Ever-and-Ever Prolixity deposits them in Embankment Station.

Nicholas Briggs has captured the way the story universe of Doctor Who works when the Doctor’s not actually around. It’s grounded and desperate

Big Finish box sets, as I’ve asserted in a number of recent reviews, fall into a firm typology: those that tell four individual stories with a linking theme, and those that tell one big story. Series One of Charlotte Pollard was the first type, and Series Two is the second. Charley, Robert, and the Viyran become involved in mysterious happenings in London: a bomb that isn’t a bomb, murderous Identical Men, and a series of small mishaps with deadly consequences. Meanwhile, they’re being chased not only by whatever it is in Embankment Station, but also a determined reporter and a mysterious government department.

When Charley joined the Doctor, both her and her stories were full of joie de vivre, with escapades like Storm Warning, Invaders from Mars, and Seasons of Fear, even though there were undercurrents of tragedy and darkness that occasionally erupted. Since the Divergent Universe, though, Charley’s travels have been increasingly sad: she followed the Doctor for the sake of a love he refused to reciprocate in Scherzo, she thought her Doctor went off to his death in The Girl Who Never Was, she was replaced by a duplicate unbeknownst to the Sixth Doctor in Patient Zero, she spent years working as an emissary of the Viyrans in Blue Forgotten Planet, and she had her family cruelly snatched away from her Charlotte Pollard Series One. Whatever idealistic sense of cheery adventure originally motivated her in Storm Warning is long gone now — like her last few adventures, this set ranges from morose to glum. It has more of a thriller aspect than the previous one; Charley and Robert are always running for their lives, barely one step ahead of peril, and frequently clueless as to what’s going on around them, unable to take a breath and look at the bigger picture. And if there’s a third set to come, she has reason to be even more depressed in future.

It’s still recognisably Charley, but it’s not the Charley of old. Charley sort of moves into the Doctor role in the narrative here, but there’s also an implicit contrast between her and the Doctor. (Not explicit, of course, as this set isn’t licensed by the BBC.) She’s the one others look to for answers, and she shows them the ropes when it comes to adventure. Some of the best parts of this set are when Robert learns to enjoy what’s happening, adventure being less about events and more about your attitude toward them, though it’d be hard to enjoy much of what happens here if you were a participant. But while Charley has that Doctor-ish ability to turn the end of the world into a romp, what she doesn’t have is his narrative-warping power to win at the end of the day.

I’m drawing here on something Lance Parkin said in his “author’s notes” for the last Virgin New Adventures novel, The Dying Days: “the Doctor emits a sort of shield that protects his companions when he’s around. Not a real shield, but the narrative rules twist around him to his advantage. In Just War, for example, when a squad of Nazis fire machine guns at him and Chris, they all miss. But Benny, separated from the Doctor, is easily captured and tortured. The Doctor can just get away with things that ordinary people can’t. But with the Doctor [gone], we’re back in the realm of ordinary things — people have to eat and wash. They need to look out for themselves.” This is a perspective, I would argue, that has informed some of the best Bernice Summerfield stories, stopping them from being mere cut-rate Doctor Who tales, and I think it underpins Briggs’s own Doctor Who spin-off writing in ranges like Dalek Empire and Cyberman.

Charley and Robert are in that ordinary realm here. When the police think they’re acting strange, they don’t bluff their way out of trouble, or convince the chief of police that they should be on the case. They just get locked up like you or I would. They don’t have the capacity to do some mad act that saves the day, because they’re just ordinary people with ordinary narrative abilities. So, the action of the story is mostly pretty ground-level, especially for the first two episodes, with a lot of time devoted to mundane things. Put that way, it sounds boring, but it’s not — it’s like how Torchwood: Children of Earth devotes time to the Torchwood team’s staying alive and getting money in a way that a Doctor Who story would normally not do for the Doctor and his companions. The two play by different narrative rules, and in Charlotte Pollard Series Two, Briggs has captured the way the story universe of Doctor Who works when the Doctor’s not actually around. It’s grounded and desperate.

Nothing will prepare you for how this story ends up going

The bigger picture finally begins to emerge in Parts Three and Four, and in Part Four the story especially makes a pretty big narrative shift. I’m not sure where Charlotte Pollard goes from here as a series, nor where Charley herself goes as a character. Though I don’t mind the grounded, melancholy tone of this series, it would be nice for Charley herself to contrast more with the desperate events she’s put through. Though there are some scenes here of her very human reactions that really work for me, when she suggests to Robert that he try to enjoy what’s going on more, I kind of thought that she needed to take her own advice. At least try to be an Edwardian adventuress, even if the universe won’t allow it. It’d be also nice for her to have a clearer aim. In the first two series of Charlotte Pollard, she’s almost continuously been on the run (indeed, I think the two sets mostly cover just a few days of elapsed time, with no breaks), but now that she’s away from the Viyrans, what does she do next?

India Fisher is, as always, Charley. Charley runs through a terrible gamut of experiences here, and India keeps her real, and finds humour where she can. I called James Joyce “thoroughly likeable” in my review of Series One, and he still is, but it’s a little jarring to hear him here now that he’s established himself as a different “thoroughly likeable” lead in a different Big Finish range, over in UNIT. I get Big Finish’s limitations, but having heard Silenced just before this story, it was impossible to think of Captain Joshua Carter during the first episode, though I soon got used to it. I do like that this set features a woman from the past and a man from the future both in the present — at different times, each has a better idea of the cultural and technological context of what’s going on. He and India have great chemistry. (Having Joyce turn up in a bit role as a sarcastic barista, though, feels like it’s mocking people like me who write reviews complaining about actor reuse. It’s so obvious!) I am a bit disappointed that Michael Maloney wasn’t available to reprise his role as the Viyrans. Dan Starkey does a good job, but Maloney’s voice was so distinctive and gosh-darned nice that I would have loved to have heard him say some of the stuff the Rogue Viyran gets to say here. Kieran Hodgson as the unflappable Woking and Ashley Kumar as the conspiracy-minded Rab are among the highlights of the guest cast, and Colin McFarlane has such a delicious voice it’s a shame he doesn’t get to do more with it.

It wouldn’t be a Nick Briggs story without some writing tics: there are a few too many scenes where characters have long conversations that go in circles, or weird funny bits that aren’t actually funny. I feel like Episodes One and Two could have each been chopped down by ten minutes and lost nothing of use. But on the other hand, the Doctor-less corners of the universe play to some of his strengths — while I think he often can’t figure out how to end stories and thus comes up with anticlimactic endings involving particles or time gubbins, he can be free to be bleak here. The threat, ultimately, turns out to be a pretty clever one, too, and a timely one, along similar lines to that of UNIT: Silenced, actually. Though perhaps nothing will prepare you for how this story ends up going!

One of Big Finish’s strengths as a producer of stories has been its ability to create lasting characters — Charley, intended as a companion for the Eighth Doctor back in 2001, continuing to have adventures in 2017 is perhaps their greatest success story. She’s been through a lot, and though I always hope for the best for her, Big Finish hasn’t let her down yet. This set doesn’t reach the heights of the first one, but it’s a worthy continuation of the travels of my favourite Edwardian adventuress.

(Two sidenotes: First, I like how Scott Handcock does the bonus disc on this thing, taking you through the recording a day at a time. It’s fun, and gives you more of a sense of the working environment than most Big Finish “CD extras”. Like, I’m tired of hearing all the actors say how fun Big Finish is, but here you actually see it. Well, hear it. I do wish we’d gotten a little more introspection from Nick and India, though — I’d like to hear why Nick has been taking Charley’s story this way, and what India thinks of the character 16 years on. Second, I cannot believe they reused the same India Fisher headshot from Series One on the cover to this one! It looks cheap.) 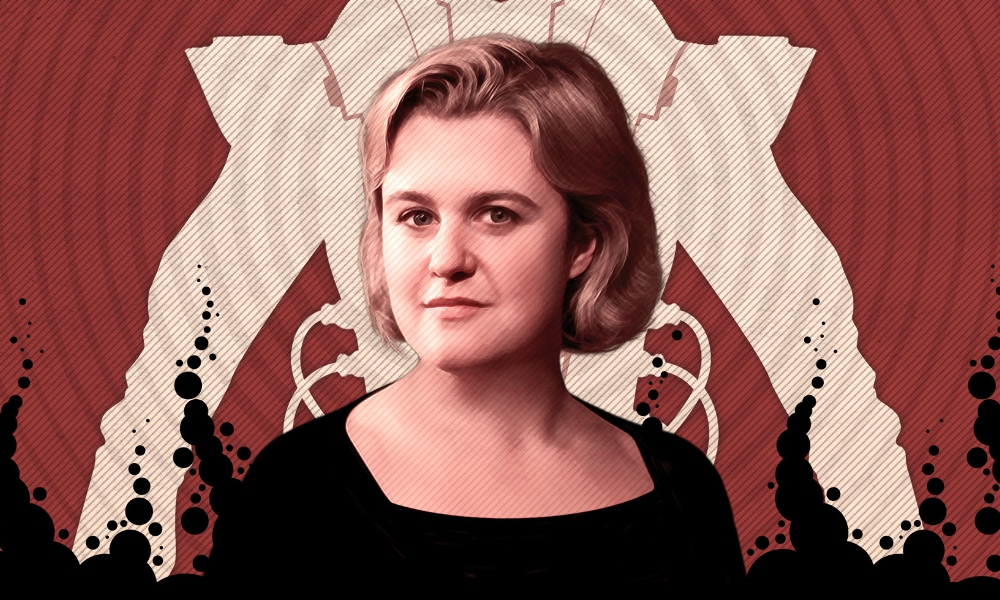