Doctor Who: The Two Masters review 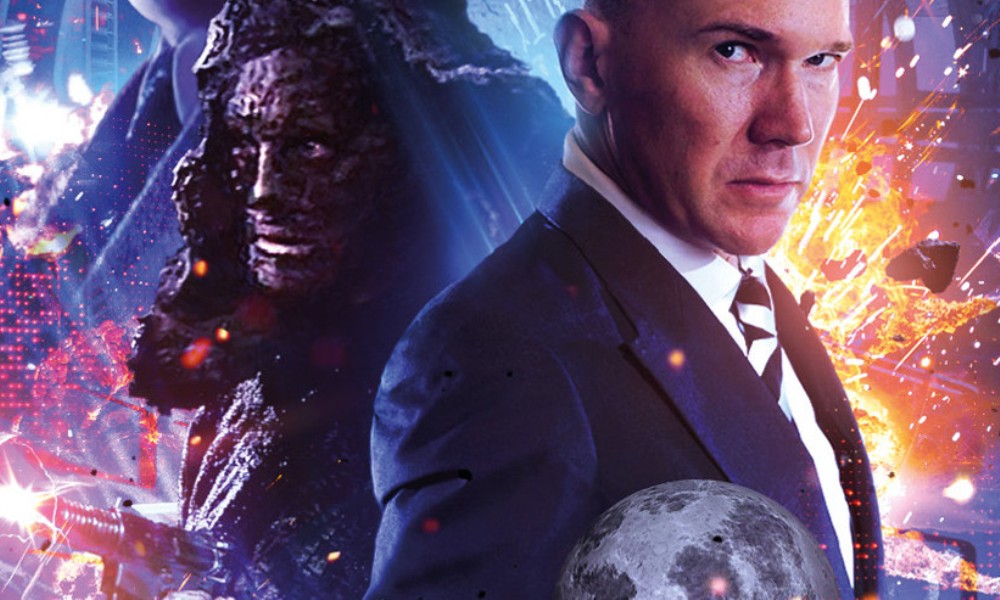 Big Finish has mainly featured two different incarnations of the Master on audio. Geoffrey Beevers’s cadaverous Master from The Keeper of Traken returned in 2001’s Dust Breeding in a new post-Anthony Ainley version that went on to appear in Master and Mastermind; in his pre-Keeper of Traken guise, he has gone on to feature in a number of Fourth Doctor Adventures beginning with Trail of the White Worm, not to mention The Light at the End and Jago & Litefoot. Beevers’s version is distinguished by his horrific appearance coupled with a seductive voice.

Alex Macqueen’s incarnation — a post-Eric Roberts version, resurrected by the Time Lords — first appeared in 2012’s UNIT: Dominion as “the Other Doctor”, before being revealed as the Master and going on to appear in the second, third, and fourth volumes of Dark Eyes. Macqueen’s Master is playful, delighting in his deceptions and laughing at his own jokes, but capable of turning on a dime and becoming completely self-serving and deadly.

John Dorney brings these two incarnations together in The Two Masters in celebration of the Master’s thirty-fifth anniversary. But whatever expectations you might have for a multi-Time Lord story after The Three Doctors, The Five Doctors, The Light at the End, or The Day of the Doctor, throw them all away: this story is nothing like that.

It’s a difficult tale to discuss, as what’s going on is shrouded in mystery from the very beginning and very slowly becomes apparent. The Seventh Doctor is travelling alone and discovers that the universe is collapsing — this is somehow related to the doings of the Beevers Master, it would seem, but the Beevers Master is not exactly himself. The cause of this is pretty fun, in that it allows Beevers to play the Master in a way he has not done before. I almost always delight in the Master’s doings, but in this story I did so even more than usual.

When the two Masters finally meet, it’s delightful — we’ve had our fair share of multi-Doctor bickering, and multi-Master bickering turns out to be even better. Listen to Macqueen and Beevers argue over the proper deployment of puns when murdering! (Though this weekend I listened to Death Match, and Beevers was punning it up there, so his aversion to puns here is somewhat overstated. But then again, exaggerating the “unique” characteristics of each incarnation is a multi-Doctor story tradition! Beevers’s reaction to K9’s name in Requiem for the Rocket Men does indicate a bit of disdain, however.) I never knew I wanted this, and every moment is delightful.

At the same time, the plot of The Two Masters is overly complicated and completely irrelevant. There are some huuuuuuge flashback scenes that are required to allow the listener to make sense of it all, and a bit where the characters discuss the chronological placement of the story you’re listening to — then comment that someone must find that kind of thing interesting! But on the other hand, the whole point of this is goofy interactions between Time Lord incarnations, and Dorney finds some great twists on that, doing things I can’t remember another Doctor Who story doing.

Oh yeah, Sylvester McCoy is in it. The Doctor is seemingly extra ineffective in this one, but I guess when you’re up against two Masters, you’d have to be as outclassed as the Master was by multiple Doctors in The Five Doctors, The Light at the End, and that terrible IDW comic where Anthony Ainley teamed up with Adam from The Long Game. But honestly, Sylvester McCoy’s not the point, the plot’s not the point. And really, don’t go into this looking for any kind of insight into the Master’s character. The unification of two versions of the evillest man the universe has ever known and having a good time is the point, and The Two Masters delivers.