Doctor Who: Casualties of Time / The Pursuit of History review 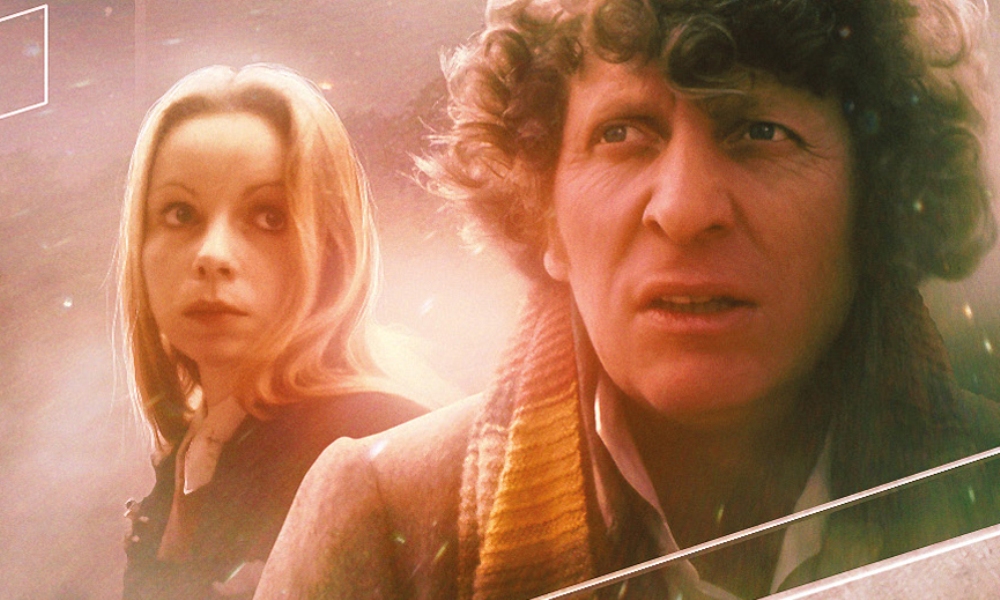 After Zygon Hunt, I swore off Nicholas Briggs-penned Fourth Doctor Adventures, and I actually kept to that promise for the fourth series, skipping three releases featuring gratuitous returns of past elements. But I am a weak man, and I did have a mild curiosity as to how the Cuthbert story from Series Two (featured in The Sands of Life, War Against the Laan, The Dalek Contract, and The Final Phase) would be continued here, three years later, so I picked up the Nicholas Briggs-penned two-part finale to Series Five, The Pursuit of History and Casualties of Time.

I like Cuthbert in general, and this is the best portrayal of him yet. David Warner keeps things light with Cuthbert, and it’s a decision that works

Briggs is an odd writer: I think he’s written some through-and-through classics, like Creatures of Beauty, and some solid well-done stories, like Embrace the Darkness and Patient Zero. But he’s also written some real guff, like The Evil One and The Light at the End. These tales are somewhere in between — I can see that they contain some aspects that would make for an enjoyable Doctor Who adventure, but they’re not pulled off.

First off, I like Cuthbert in general, and this is the best portrayal of him yet. David Warner is always good value, and Cuthbert is one of the better roles Big Finish has given him. Warner talks in the extras about how he keeps things light with Cuthbert, and it’s a decision that works — Cuthbert isn’t an evil man doing evil for the sake of evil, he’s simply a somewhat selfish person trying to be the best at what he does. Casualties of Time has some interesting revelations about Cuthbert, and a nice, understated change of direction for his character; I wonder if we’ll hear from him again, or if this is it. If it’s his last adventure, it makes sense, but I can also see potential for the future.

The Pursuit of History is primarily a chase story: separated from Romana, the Doctor chases Cuthbert across history in order to find her, meaning that he flits from era to era. I like this in concept, but in practice, unfortunately, it’s a little too straightforward; the Doctor doesn’t really learn anything new in each era, giving it all a feel of space-filling. There’s a whole sequence of the TARDIS going out of control in Part Two of The Pursuit of History that adds nothing to anything and could have been easily excised. The pacing in general is wonky; when you get to the Part One cliffhanger, it feels like literally nothing has happened. (And it’s a bad cliffhanger too.)

The story also turns out to be a trap for the Doctor. This is a good idea, and there are parts of it that I like, and parts of it that are clunky. The basic dilemma the Doctor is presented with is solid, but it’s a little underdeveloped and over all-too-quickly. I would have liked to have had this part emphasised more in the story at the expense of what comes before and after…

On the other hand, once you get past my tepid defences of the story, there’s a lot to criticise. Tom Baker doesn’t interact with anyone other than K9 for most of the story, and most of their dialogue is technogubbins about “quantum particles”. Lalla Ward mostly interacts with a comedy alien character played by John Leeson, and Briggs doesn’t really get her character at all: she’s either disdainful and sarcastic all the way through a scene (I guess this is a cheap substitute for wit), or nearly hysterical (in a way I might accept as in-character for, say, Sarah Jane or Tegan, but doesn’t work for Romana at all).

Tom Baker doesn’t interact with anyone other than K9 for most of the story, and most of their dialogue is technogubbins about “quantum particles”

There’s a surprise villain, but this is pretty poorly done: I didn’t even recognise them on their first appearance at the end of The Pursuit of History, making for a pretty nonsensical cliffhanger scene. It took the trailer for Casualties of Time to make it clear what had happened. But then the CD extras for Pursuit give away another surprise appearance in Casualties. Whoops! This could have been good, but it just doesn’t work right here. Outside of Cuthbert, and Toby Hadoke’s Mr Dorrick, the characters are pretty thin on the ground here — lots of functionaries. I feel bad for Jane Slavin: she’s back as the Laan, but she basically just has to shout “ROMANA” ad nauseam. Lisa Bowerman is in it, but one wishes she got a non-Benny/Ellie role more meaty than Pilot/Computer.

These releases also pay off a minor story point introduced way back in The Sands of Life. Like, really minor — though there was a reminder of it in The Trouble with Drax, I guess to get us all ready for this one. I don’t really get the point of it; it’s used to get the Doctor out of jeopardy in a scene that really shouldn’t have been in the story to begin with, and comes across as a massive anti-climax.

Fool me once, shame on you. Fool me twice, shame on me. I guess I’m glad to have heard the end of the Cuthbert story, and Nick Briggs has turned in worse Fourth Doctor scripts, but skip this one unless you’re super-committed to the range.

(It is always just incredibly nice to hear Tom Baker talk about how much fun Big Finish is on the extras. And Nick Briggs makes a joke about people like me who slag him off on the internet, which made me laugh.)

The Pursuit of History and Casualties of Time (by Nicholas Briggs; starring Tom Baker, Lalla Ward, John Leeson) were released by Big Finish Productions in July and August 2016 respectively.