Torchwood: Broken / Made You Look review 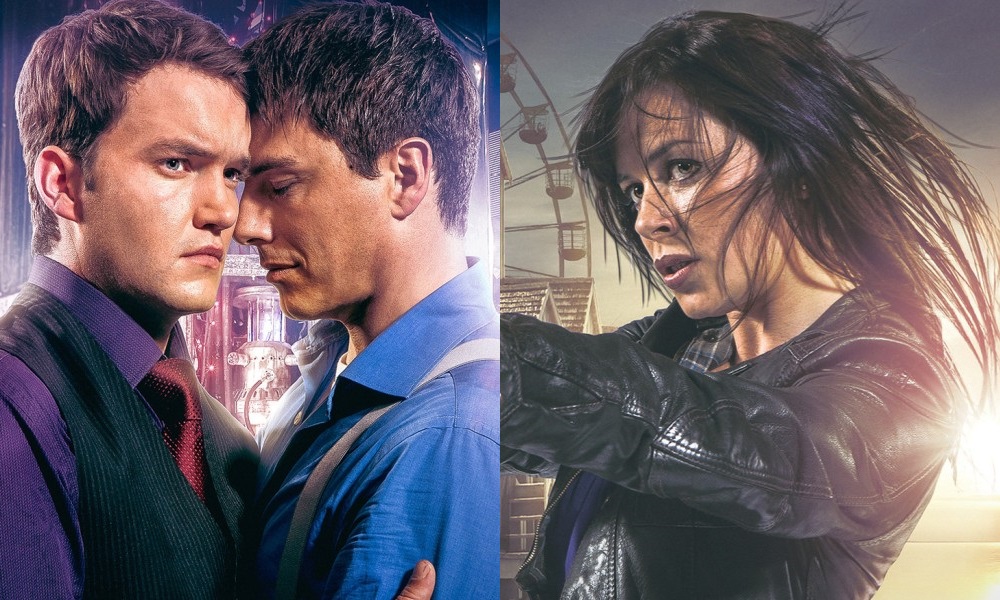 Big Finish’s Torchwood series has largely done two things so far: stuck to one main character at a time, and been relatively continuity-free. Both of these approaches are upended with the penultimate release of the second series, Broken, and completely adhered to with the finale, Made You Look, but despite their diametric opposition, they’re both more strong releases in this surprisingly consistent range.

One of the long-lasting oddities of Torchwood has been the Jack/Ianto relationship. By the time of Children of Earth, it was one of the emotional cores of the programme, making it easy to forget that it was introduced really half-assedly: at the end of Cyberwoman, Ianto told Jack, “You like to think you’re a hero, but you’re the biggest monster of all” — four episodes later, Ianto is suddenly playfully arranging office sex dates with Jack. So what happened? Broken stars both Gareth David-Lloyd and John Barrowman as it weaves in and out of the episodes of the first series to reveal the darkest time of Ianto’s life.

Like the best retcons, you immediately accept Broken as the “true” story of what happened. Much of this is due to Gareth David-Lloyd, who gets to reveal his range

Because though Captain Jack is in this, it’s really the story of Ianto Jones. Ianto, who seems so composed and even-keeled but hid a dark secret from his teammates that got two innocent people killed. Ianto, who always makes the coffee and always gets the car but never calls his mother. Broken uses Ianto’s periodic visits to a local pub to follow up on the emotional effects of the episodes Cyberwoman, Countrycide, and Greeks Bearing Gifts, transforming some of Torchwood’s worst episodes into one of its greatest hours. Torchwood always promised to show the tension between humanity and darkness, but often failed to deliver, but one of its best practitioners was Joseph Lidster. Lidster was discovered by Big Finish, producing Doctor Who audio classics like Terror Firma, The Reaping, and Master, and went on to work on both Torchwood and The Sarah Jane Adventures on television, writing one of my favourite episodes of the former, A Day in the Death.

Broken plays to Lidster’s strengths perfectly: he’s always at his best as a writer when portraying the brokenness of people, from Peri Brown to Davros, from Owen Harper to the Master. Lidster’s writing uses the continuity of Torchwood’s first series to create an emotional journey for Ianto. Like the best retcons, you immediately accept it as the “true” story of what happened. Much of this is due to Gareth David-Lloyd, an excellent actor who gets to reveal his range here, from despair to elation to being forced to talk to his mum about Christmas plans. Add in some great music from Blair Mowat, a great performance from Melanie Walters as barmaid Mandy, and a fun cameo, and you have another captivating Torchwood tale.

There’s been a sub-stream of Torchwood audios picking up after the events of Miracle Day: in Forgotten Lives Gwen Cooper decided Torchwood needed to reform, in More Than This she got the planning process underway, and in Ghost Mission PC Andy tried out for the new team. Guy Adams’s Made You Look is a standalone adventure following on from these, featuring Gwen on her own investigating a YouTube video from a besieged seaside resort town during the off-season. By the time she arrives, almost all of the inhabitants are dead: Made You Look is about her attempt to figure out what’s going on and get the survivors to safety. It’s an unambitious standalone, showing what makes Gwen Cooper well-suited to her job. It’s nothing fancy, just Gwen versus a monster well-suited to the medium of audio.

Adams, sound designer Steve Foxon, and director Scott Handcock conspire to give us some tense and disturbing scenes, and Eve Myles impresses here in a way she didn’t always on audio: human yet determined, scientifically untrained but experienced in the horrors of the universe, and able to withstand them. I don’t have tons of continuity implications to ramble on about here, but you shouldn’t overlook this story either: another instance of Big Finish doing Torchwood better than the BBC was usually able to do it on TV, making me interested in a character who didn’t always do much for me on screen.

Made You Look marks the end of Big Finish’s second series of Torchwood audios, and I continue to be impressed by this range. 2016 is the tenth anniversary of the programme, and Big Finish has released a couple of celebratory stories I haven’t had the chance to listen to yet, but in a sense, the second series is anniversary celebration enough. Despite leading off with some weaker tales, it’s been a demonstration of what Torchwood can do at its best.