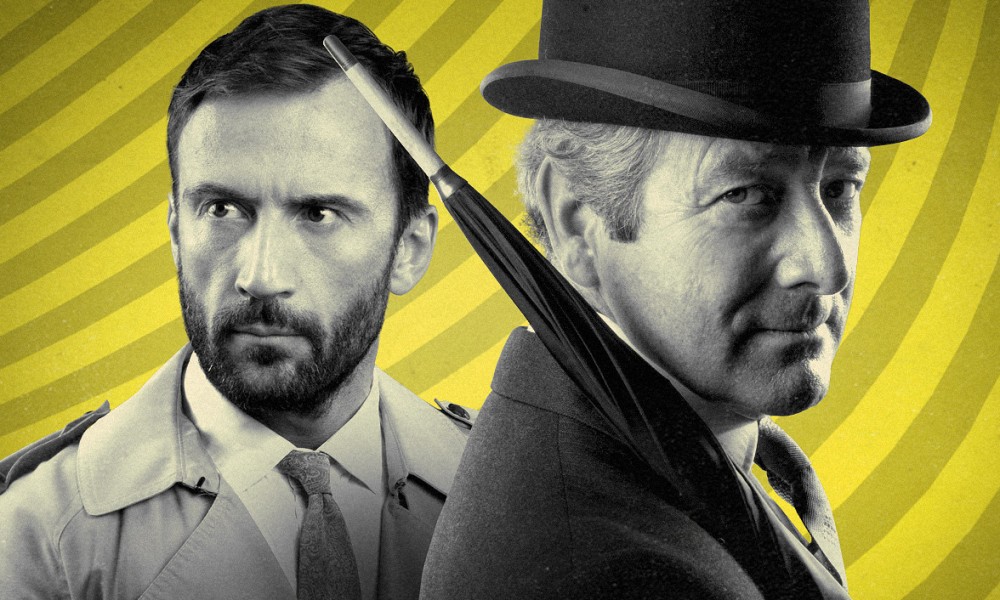 Every instalment of The Avengers: The Lost Episodes is a mixed bag, in that I get to enjoy a set of high-quality stories oozing with 1960s atmosphere, but in that we also get closer and closer to exhausting the supply of lost episodes from Series One of The Avengers that need adapting! With only six to go, Volume 6 thus only contains three instalments instead of the usual four, but still manages the usual Big Finish Avengers quality.

I’m dreading the end of The Lost Episodes. I never fail to have a smile on my face when finishing a set

Berkeley Mather’s The Frighteners is one of two episodes from the first season to survive in its entirety, and this adaptation by Rae Leaver makes me think it must not have been one of The Avengers’s strongest stories. It starts off very promisingly, with Steed and Keel after a group of “frighteners”, thugs who will beat someone up to frighten them off — if you have the money. Steed is his usual resourceful self, but this episode gives a particularly strong role to Keel, who bluffs his way into the gang’s headquarters using his medical know-how! I found it fell apart after that, though; like A Change of Bait in Volume 4, the main plot gets wrapped up some time before the end, and the rest of the story changes focus, to whether an unpleasant person will marry the daughter of another unpleasant person, and I found it difficult to understand why Steed and Keel were still involved, because I wasn’t. I didn’t even really get what the ending was all about. (That said, I appreciate anything that ends with an East Lynne joke. Not a reference I expected to find in The Avengers!)

The other two episodes are ones that had to be reconstructed from synopses and tele-snaps, and these episodes of The Avengers are always my favourites, because they can just get on with being damn good stories and not be stuck to the details of 50-year-old scripts. Ian Potter writes Death on the Slipway from a script by James Mitchell, where Steed goes undercover to investigate a murder at a submarine manufacturer (Keel barely features). It’s a fun story, filled with a large cast of characters; highlights include Barnaby Edwards’s union steward and Niky Wardley as a secretary with a nice “stern” and a penchant for social climbing. There are some good visuals, and some great action set-pieces, and some nice Steed witticisms — this has everything I want from The Avengers, except for Keel. The extras reveal the impressive amount of work Ian Potter put into his reconstruction; Death on the Slipway involves a blackmail conspiracy, so Potter read a James Mitchell novel about a blackmail conspiracy to work out how he might have handled it in The Avengers!

The set wraps up with John Dorney’s Tunnel of Fear, from a lost script by John Kruse. This one is a little flamboyant for a Series One Avengers story, taking place at coastal fun fair — though as Dorney points out in the extras, there is a sort of subset of Avengers stories about crimes in unusual locations, like Volume 2’s Please Don’t Feed the Animals (set in a zoo) and Volume 5’s Girl on the Trapeze (a circus). In one delightful scene, Steed turns up as the barker for a group of belly dancers, and this leads to a lot of good Steed/Keel banter, as this episode has the most of them working together of any in the set. The ending is a bit goofy, but it’s overall a solidly enjoyable hour, filled with wanted convicts, deranged hypnotists, and spooky train rides.

With only one box set to go (and the Steed and Mrs Peel comic adaptations just not quite as enjoyable to me), I’m dreading the end of The Avengers: The Lost Episodes. I never fail to have a smile on my face when finishing a set. I hope a way can be found to keep Julian Wadham and Anthony Howell somehow playing these roles for a long time.