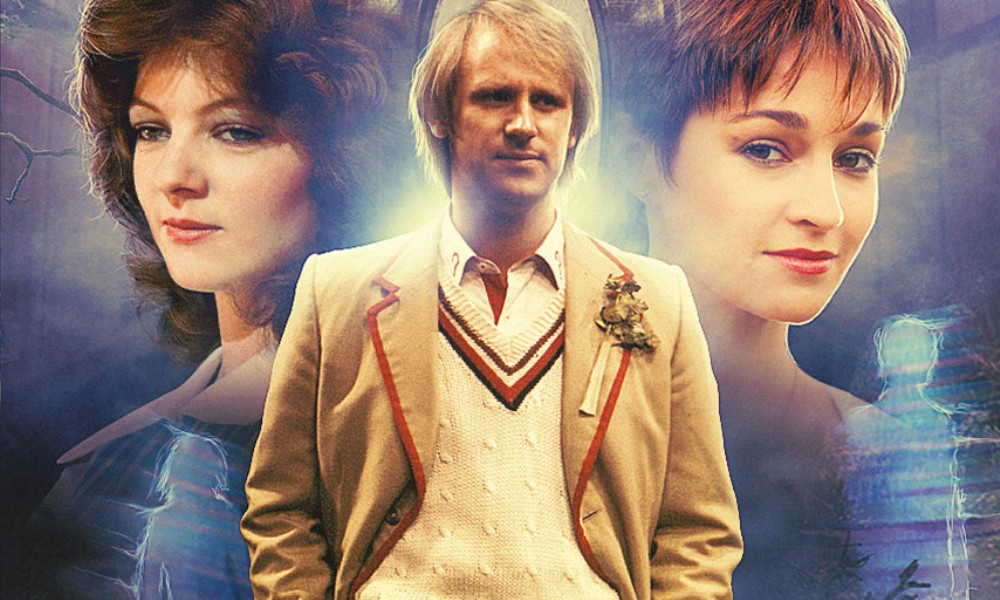 Some Doctor Who stories don’t have mind-bogglingly original premises. Aquitaine has the Doctor, Nyssa, and Tegan investigating an abandoned spaceship, killer plants, slightly mad robots, and time paradoxes. All of these are things you’ve seen or heard on Doctor Who before. But the script by Scarifyers team Simon Barnard and Paul Morris, and the direction and casting by the ubiquitous Ken Bentley, conspire to create a ceaselessly enjoyable story.

It’s hard for me to put my finger on exactly what makes this story work so well. Certainly Barnard and Morris get the Fifth Doctor, Nyssa, and Tegan really well, their banter but also their compassion for one another — the Doctor really does feel distraught as he keeps losing his companions. They’re good at ratcheting up the tension here, with an ever-growing black hole, and a great Part Three cliffhanger that echoes one of the Fifth Doctor’s best screen moments, another Part Three cliffhanger in The Caves of Androzani. And, of course, there’s Hargreaves, the robotic butler, medic, and gardener of the good ship Aquitaine, not to mention the ship’s own computer. Hargreaves is written well and performed by Matthew Cottle to perfection: the gentleman’s personal gentleman, except that he’s a robot. It’s all a bit Jeeves and Wooster by way of Marvin the Paranoid Android, and that somehow just suits the polite, Edwardian Doctor of Peter Davison. The story is replete with perfect little moments from Hargreaves.

(Hargreaves is so good that Janet Fielding and Sarah Sutton gush about him in the CD extras, and Peter Davison complains about their gushing. It’s an amusing bit of banter. Nice to actually hear a cast member make a joke on the extras, rather than someone else claim that the jokes they make off-mic really are so funny.)

Beyond that, I don’t know how I would persuade you this is one of the better Big Finish main range stories I’ve heard in a while, surpassing You are the Doctor and other stories as my favourite since The Secret History. Everyone is just really well cast (always nice to hear Bernice Summerfield’s Harry “Adrian Wall” Myers), and the story is good about unspooling its mysteries slowly, and complicating things before they get too easy. Nyssa gets infected by an alien disease, which isn’t exactly a new thing for Doctor Who, but there’s a real sense of physical danger to her scenes — when Nyssa is on the run from a deranged killer for her life, you really do feel it. There are good jokes here, such as the TARDIS’s reaction to beeswax, and, well, basically everything to do with Hargreaves. Sometimes there’s more than one Hargreaves, and that’s a treat, too.

This is not a story that pushed out the boundaries of Doctor Who. This is no Omega, Circular Time, or The Gathering. But if you want a story that takes what Doctor Who normally does and does it better than most, with wit, verve, and energy, then this is the Doctor Who story for you. Another instalment in what’s shaping up to be an above-average trilogy.