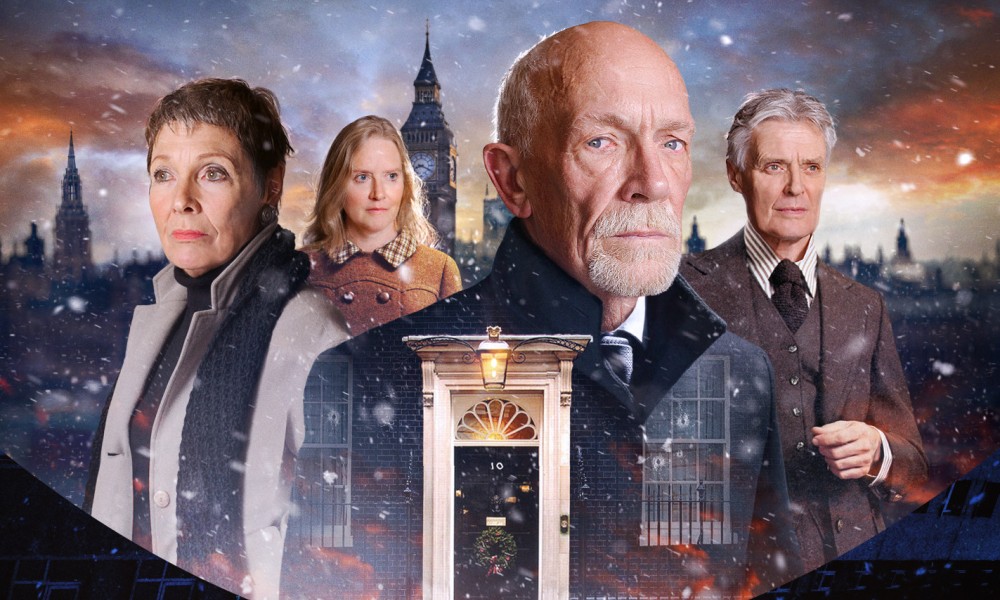 Series 4 of Counter-Measures ended with the team all dead: Rachel Jensen, Ian Gilmore, Allison Williams, all dead. Only their architect, the slimy Sir Toby Kinsella, was still alive. That was the end of the series.

Now we have The New Counter-Measures, a new series from Big Finish. Who Killed Toby Kinsella?, a two-disc special release, is a pilot of sorts, and also a bridge, between the old Counter-Measures and the new. And as the title indicates, Sir Toby is dead now too.

The team has been out of circulation for almost a decade, and I wish the story had made more of that

Of course, not everything is as it seems, and if you look at the cover of this release, you can tell that all four characters manage to turn up in it somehow. Who Killed Toby Kinsella? is more of a coda to the old series than a set-up for the new one, dealing with the team’s apparent deaths at the hands of Sir Toby, and establishing what happened to the last vestiges of the Light, the global alien conspiracy Counter-Measures first encountered in The Assassination Games.

It’s a competently made story, of course. Ken Bentley and John Dorney co-write, Ken Bentley directs, Robert Harvey provides sound design, and Nicholas Briggs even provides a 1970s-ised version of the theme tune, as Counter-Measures passes into a new decade. But I find there’s often a disconnect between the series I want Counter-Measures to be and the series it is. Who Killed Toby Kinsella? is surprisingly light on science-fictional ideas — it’s basically a contemporary political thriller story. But the story is so uncomplicated at its base that it doesn’t feel like it makes very good use of having double the running time of the usual Counter-Measures tale.

The Counter-Measures team has been out of circulation for almost a decade when this tale begins (they’ve been dead, after all), and I wish the story had made more of that. Instead, they seem to resume their old lives as essentially the same people they were when they left. Which I guess is fine if that’s what Big Finish wants this series to be, but why put your characters through new experiences if they’re just going to resume the old ones right at the end? They all go in for the new adventure with scarcely a second thought, and I was disappointed in that.

Somewhere in Counter-Measures, there’s a killer series waiting to get out

Toby Kinsella always cast a long shadow over Counter-Measures, despite being the only one of the main cast who wasn’t actually in Doctor Who: Remembrance of the Daleks where the team originated. A little bit of master manipulator goes a long way, but we reached a point where the number of episodes revealed to have some evil Sir Toby plot at their bottom became wearying. He had entire secret prisons under his control! With those kind of resources, why is he always pretending to be a nice person to get what he wants out of Rachel, Ian, and Allison? Despite being dead, Who Killed Toby Kinsella? is another of his masterplots in action, and I sighed a little bit at that revelation. The whole end comes down to something shady out of Sir Toby’s past once again. How many episodes of Counter-Measures can take this as their premise? How many can end with the team learning of some terrible thing he did, but chuckling and going, ‘That’s our Sir Toby, no matter how many awful things he does, his heart’s in the right place’?

Somewhere in Counter-Measures, there’s a killer series waiting to get out, with three whip-smart people navigating the crises of the rapidly changing world of the mid-twentieth century, with their shadowy boss in the background. But as long as Toby Kinsella keeps coming into the foreground, that premise gets warped and everything revolves around him. I’ll listen to The New Counter-Measures in the hopes that it moves the range in a direction of more interest to me, but I’m getting a little tired of only having a taste of the Counter-Measures that interests me.