Doctor Who: The Waters of Amsterdam review 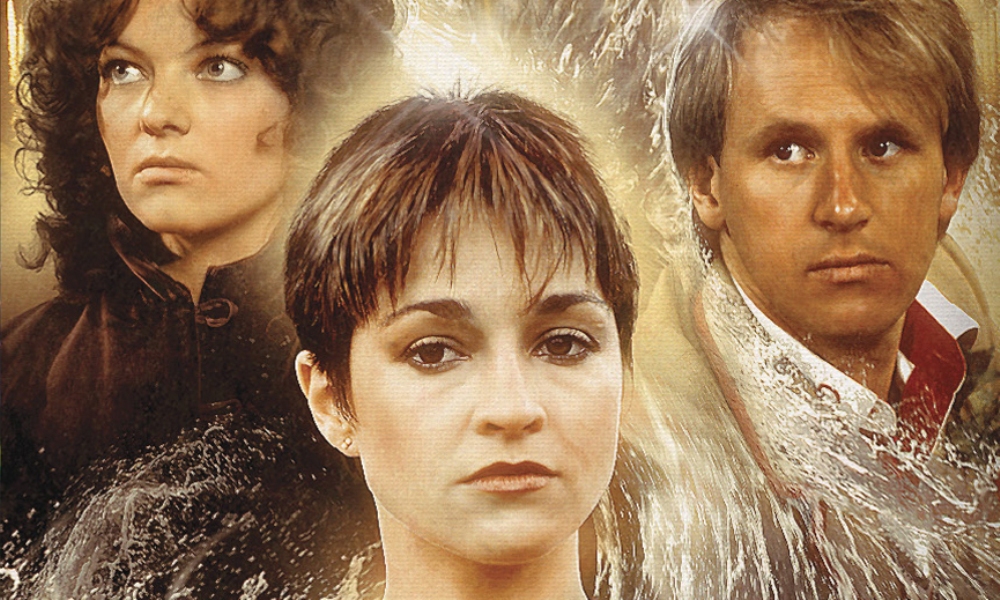 The Waters of Amsterdam launches 2016’s main range Doctor Who releases from Big Finish, with a story by Jonathan Morris taking place in the aftermath of Arc of Infinity, with the TARDIS crew, recently rejoined by Tegan, still hanging out in Amsterdam following the defeat of Omega. Only, who should turn up, but… Tegan’s ex-boyfriend?

Part One is a blast if you like this TARDIS crew

Part One of The Waters of Amsterdam is a blast if you like this TARDIS crew. (I like all TARDIS crews that incorporate Tegan.) The flashbacks to Tegan’s time as an air stewardess between Time-Flight and Arc of Infinity are delightful, as are the bits we get of her relationship with Tim Delap’s Kyle. Can you believe that Tegan would get frustrated with someone being too agreeable? Of course you can, but Janet Fielding plays it to the hilt. The opening episode is filled with little moments of good, character-based humour, such as the Fifth Doctor’s complete obliviousness to the emotional connotations of what he’s witnessing, and his propensity for lecturing meaning that, while at an art museum, he gets taken for a tour guide. Not that he minds, of course. Then, the monsters turn up.

The Waters of Amsterdam is never quite as good again as it is in that opening episode. Janet Fielding, Sarah Sutton, and Peter Davison have been playing these characters for a long time now, and it shows; when asked to banter and bicker, it has a fun feeling that I feel like writers during their television era were often striving for, but rarely reaching. The more the plot comes into The Waters of Amsterdam, however, the less interesting things seem to get. What started out as being pretty character-driven soon yields to the exigencies of plot, as characters run back and forth, doing what they have to do to keep the story unfolding as it ought, and leaving little time for the moments that made me laugh so much during Part One.

There are neat ideas here, of course — Rembrandt being a draughtsman of spaceships, the Dutch East India Company becoming the Dutch Galactic Company — one wouldn’t expect anything less from Jonny Morris, but by Part Four they’ve all come together in somewhat predictable ways, and they play out without generating a whole lot of surprises. Except for the number of unanswered questions. Elizabeth Morton’s great as the Countess Teldak, but her motivations are paper-thin, and by the end of it, I understood less about why the monsters were in Amsterdam than I did at the beginning.

There are some tender moments, especially a standout scene between Richard James as Rembrandt and Sarah Sutton’s Nyssa as they discuss loss

That’s not to say that Parts Two through Four aren’t without their high points, highest among them being Richard James as Rembrandt van Rijn. This is the third portrayal of an eccentric Renaissance European genius I’ve heard in a Big Finish story this past year, after John Woodvine as Galileo in Doom Coalition 1 and Matthew Kelly as Michelangelo in Classic Doctors, New Monsters: Volume One, but they’ve all been entertaining, so it’s not that much of a complaint. James’s Rembrandt is perhaps the crotchetiest of the lot, but his disposition isn’t just comic eccentricity, as Morris’s script delves into Rembrandt’s circumstances at the time of the story, and there are some tender moments, especially a standout scene between him and Sarah Sutton’s Nyssa as they discuss loss. I loved almost every Rembrandt moment the story gave us, though like all the characters, he kind of gets lost in the plot shuffle at the story’s end.

Jamie Anderson is a bit of a newcomer when it comes to directing Doctor Who stories on audio, but I like the way he’s going — if he can suffuse the character into the story beats a little bit more, I think he’ll be a great one. I see he’s got a lot of work I’ve yet to get to (or has yet to have been released) for Big Finish this year, so I suppose I’m not the only one who thinks so! The reliable Jamie Robertson turns in one of his better scores here, too, making this one fun to listen to.

Since release #201, Big Finish has been promising stories less weighed down by continuity baggage, and though they’ve largely achieved this, this has sometimes led the stories to feel a little bit lightweight altogether — I struggle to say much of interest about The Warehouse or Shield of the Jötunn. But though this story has its weaknesses, the character-focussed Part One gives this tale a grounding many of those other ones have lacked.

(Okay, pedantic P.S. time. Morris makes sure to account for the fact that Nev Fountain’s Omega happens shortly after Arc of Infinity as well — but does so in a way that totally neglects the details given about the same incident in John Dorney’s The Elite and The Burning Prince! What the Doctor says about his side-trip in Burning Prince doesn’t line up with what we hear in Waters of Amsterdam at all. Still, if you’re continuity-minded, the chronological order for this little subset of Doctor Who history seems to be Arc of Infinity, The Waters of Amsterdam, Omega, The Burning Prince, The Elite, Hexagora, The Children of Seth, Aquitaine, The Peterloo Massacre, and so on into Snakedance.)