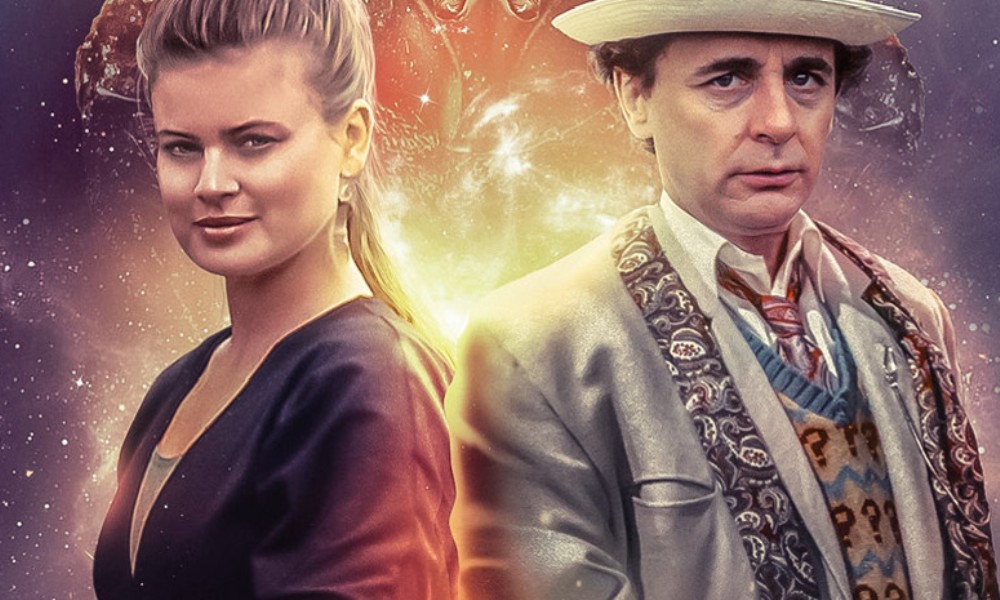 Mark Gatiss’s Nightshade is a Doctor Who novel that didn’t do a whole lot for me, so I wasn’t particularly excited when I learned that Big Finish was adapting it for audio. I hate to assign motives, but if the book has a popular reputation, I suspect it’s because it gave a certain subset of readers some Hinchcliffe-era nostalgia at a time when such a thing was a rarity in the Doctor Who book line. A distant village, stalked by a horrific threat is not the kind of thing the New Adventures did a whole lot of, nor the last few years of the television show, but it does stand for an ideal story type of the 1970s for some Doctor Who fans.

Kyle C. Szikora’s adaptation did improve upon the book for me in a number of respects

I wouldn’t say I loved the Big Finish adaptation by Kyle C. Szikora, but it did improve upon the book for me in a number of respects. I still don’t get why the Doctor has suddenly decided to think about retiring at its open, but Szikora is better able to make that an emotional throughline for the whole play: at first it seems like Ace must go along with whatever the Doctor decides, but then she is presented with a seemingly impossible choice. I know I also disliked the slow pacing and the diffuse set of uninteresting characters, but neither of these is permitted to be an issue on audio: at two hours, the story has to get moving right away to get anywhere, and the guest cast is cut down to just five real roles.

The real beneficiary of this trimming down was the title character, who felt oddly tangential in the original novel. As one of five characters to survive the process of adaptational contraction, retired actor Edmund Trevithick — the former star of the BBC’s Professor Nightshade serials — suddenly comes into focus. John Castle’s performance as Trevithick is great; I’ve recently been reading Benjamin Cook’s Doctor Who: In Their Own Words, a sort of oral history of the programme, and Trevithick is a lot like how William Hartnell comes across in that, a man who could be undeservedly cruel to some and eternally kind to others. You want to like him, but he won’t always let you do so. (Perhaps this ought not to be a surprise, given that Gatiss wrote the Hartnell biopic An Adventure in Space and Time.) With Ace off on her own for much of the events, Trevithick becomes a pseudo-companion figure for much of the story, and this allows his discovery of his own heroism to be a real part of the story. Not to add that the excerpts from the old Nightshade serials (complete with Mondas-Cyberman-esque voices for the alien monsters) played between scenes are a perfect device for audio!

Ace’s character gets a little bit more to go on here. She starts by not wanting to stay in the 1960s forever, but ends by beginning to see it as a possibility. The way Szikora plays this out is a big improvement over the way it was done in the original novel, which seems like it ought to have ruined the Doctor/Ace relationship forever. I don’t know if I like the way the story only manages to end on an implied decision, but if you know this story leads into Love and War, I guess you know what the decision’s going to be regardless, and it does show us something about how dedicated Ace has become to the Doctor, in a way that mirrors (or sets up) what was done with her in Big Finish’s Hex stories, or with Clara in Series Nine. The only part that’s jarring is Ace’s quick romance with Robin, but I don’t know if there’s ever going to be a way around that on audio.

Outside of the character work with Trevithick and Ace, I found this tale a pretty unremarkable compilation of Doctor Who’s greatest hits: isolated settings, ancient evils, gross monsters, they’re all here. It’s all a bit Image of the Fendahl to be honest, and attempts to up the jeopardy by weaving in ancient curses and such don’t really succeed. I wish we had gotten to know more of the characters better; Edward Harrison does a decent job as the tetchy Dr Hawthorne, but we should have had a better sense of how the entity here was wearing him down, as opposed to spending time on a very technobabble final scene where the Doctor explains everything by explaining nothing. Blair Mowat does a decent job with the music, but I don’t know that Scott Handcock’s direction always pushes Sylvester McCoy’s performance in the right direction.

If it wasn’t for The Highest Science, this would probably be the worst novel adaptation by Big Finish yet, though that probably says more about the high standards of the other ones. Like Theatre of War, on audio, Nightshade comes across as a pretty undemanding story, equal to any number of other stories, but not particularly worthy of transposition to another medium.