The Avengers: The Comic Strip Adaptations: Volume One review 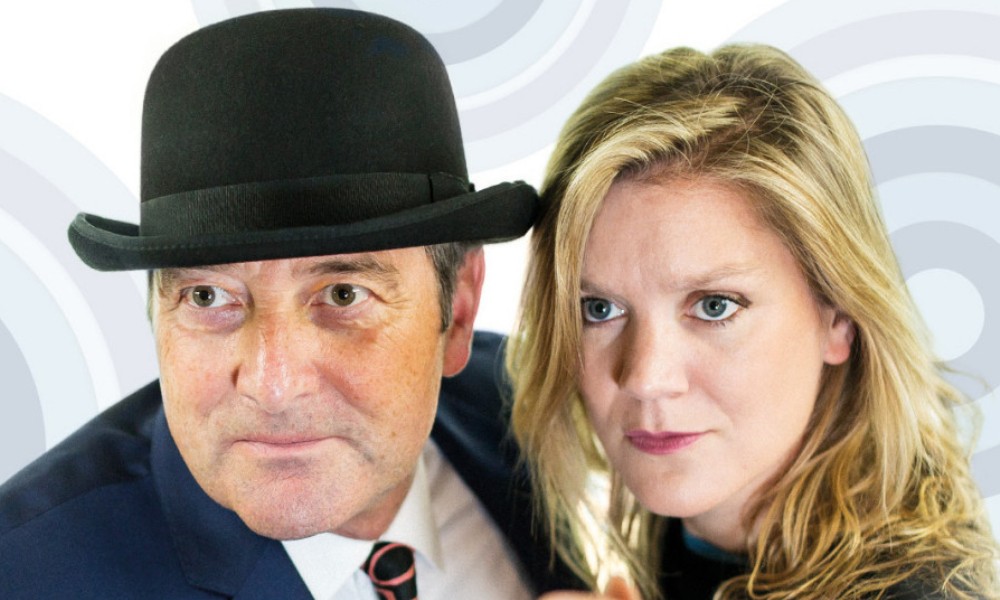 I’ve been enjoying Big Finish’s The Avengers: The Lost Episodes, their recreations of missing episodes of the 1961 series of The Avengers, so it was pretty obvious that I would pick up (the cumbersomely titled) The Avengers (Steed and Mrs Peel): The Comic Strip Adaptations: Volume One, which takes adventures published in the girls’ magazine Diana in 1966-67 and transforms them into full scripts in the style of the television programme of the time. Both ranges feature Julian Wadham as special agent Steed, but these comic strip adaptations replace The Lost Episodes’ David Keel, a surgeon-turned-crimefighter who assists Steed on occasion, with Emma Peel as played by Olivia Poulet, an upper-class partner.

Whatever the series started as has mutated out of all recognition

I’ve never watched The Avengers aside from bits here and there, but listening to these, it’s obvious that the style of the programme really changed between 1961 and 1966. In The Lost Episodes, The Avengers is a somewhat gritty crime drama: Steed and Keel fight drug smugglers, political assassinations, diamond smugglers, and the occasional Communist plot. The charm comes from Steed and Keel themselves, two genial characters played by two genial actors. In The Comic Strip Adaptations, however, Steed and Peel face ghosts in a Scottish castle, a bullied extortionist, mind-control dresses, and Vikings with a nuclear bomb. Things are much more flip: the world around Steed and Peel has transformed into something completely bonkers, but they take it into their stride. Whatever the series started as has mutated out of all recognition, beyond Steed himself and the vague notion that these characters fight evil on behalf of the government.

The set opens with what was my favourite story, Return to Castle De’ath by Simon Barnard and Paul Morris. (The creators of the original comics are apparently unknown.) I guess this is a sequel to a television episode, but you don’t really have to know that to enjoy it. Steed and Peel have been assigned to protect Prince Abdul Bey from assassination attempts before his country can sign a trade deal with the UK. Staying at the same hotel: a French countess and a blustering colonel, not to mention the hotel’s Scottish (i.e. grumpy) staff. It’s all in good fun: the characters here are over-the-top, but completely enjoyable, especially Simon Greenall as the colonel who’s gone from bagging big game to big ghosts. The reveal of whodunnit is completely preposterous in a way that works delightfully.

Julian Wadham plays Steed as delightfully as ever, the biggest difference being his wryness is now in the face of a bizarre world rather than a tough one.

I found The Miser, also by Barnard and Morris, less successful, I think because it’s simply less ridiculous. An unknown villain is attempting to blackmail England in a giant protection racket, but too much of the story is bogged down in mundanity like Steed trying to get through a booby-trapped field that feels like it just goes on forever, and after what seems like the climax has happened, things kind of keep on going before a conclusion is reached. And unlike Castle De’ath’s flamboyant range of guest characters, those in The Miser are pretty mundane and a bit too dull.

The Golden Dresses by Paul Magrs is somewhere between the two of these. Mind-control dresses are of course pretty over the top, and Jacqueline Pearce was probably born to be cast as a vaguely foreign evil fashion designer, and I liked the role her assistant played in the proceedings, and there were pirates completely playing into all the stereotypes, but something about it seemed to be holding back from embracing the insanity like in Return to Castle De’eath.

No such comment could be lobbed at The Norse Code by John Dorney, however, where Steed and Peel face down a Viking insurgency in East Anglia. Though not as good as Castle De’ath (not enough barmy characters, I reckon), it’s still good fun as Steed and Peel must trace the steps of a missing friend of Steed’s and figure out who they can trust and why there are still Vikings afoot. Worth it entirely for USF beloved Francesca Hunt playing a mad Viking queen, and the Viking army playing Wagner on a phonograph as they stage their attack.

I enjoyed this less than The Lost Episodes, but I’ll be listening to Big Finish’s take on The Avengers as long as they’re producing it.

Julian Wadham has pretty well bedded into the role of Steed at this point — it’s been over two years since he first took up the role, after all — and he plays Steed here as delightfully as ever, the biggest difference being his wryness is now in the face of a bizarre world rather than a tough one. I was a little mixed on Olivia Poulet as Mrs Peel, however. I don’t have Diana Rigg to compare her to, but her accent came across as a little too affected at times, and the banter didn’t always role trippingly off the tongue. Still, I think I can be convinced, and I look forward to Volume Two.

On the whole, though, I think I enjoyed this less than The Lost Episodes on average. Return to Castle De’ath works by just going for it, but the more grounded tone of the Keel years appeals to me more — everything in The Comic Strip Adaptations is so out there it’s hard for a listener to grab onto anything. Still, these are diverting ways to spend an hour, and I appreciated having them as a leavener between episodes of Survivors! I’ll be listening to Big Finish’s take on The Avengers as long as they’re producing it.