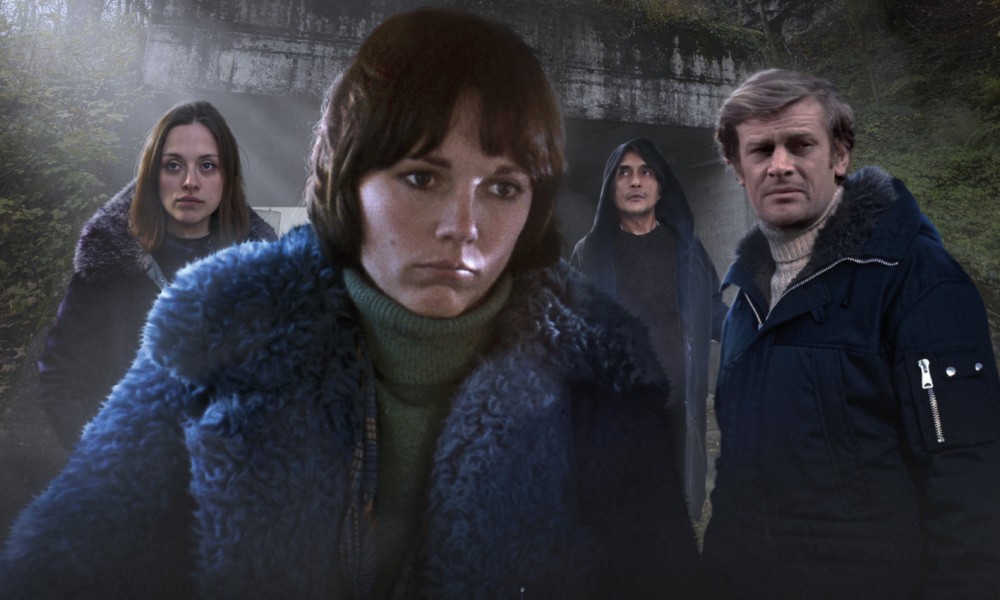 There’s a lot to like about Big Finish’s Terry Nation’s Survivors audio adventures, but one thing that has been a little disappointing to me has been a lack of nuance. Series One excelled at this — the primary antagonist was Professor Gillison, who fervently believed he was doing the right thing to ensure the survival of the human race, and indeed, even saved lives through his actions. The later series have been a little more straightforward: the big antagonists in Series Two were cannibals(!) and Series Three’s Vinnie was a self-interested, egomaniacal working-class thug. That these stories weren’t embracing the possibilities of the return to the “state of nature” offered by the apocalypse was driven home when I finally watched an episode of the original, Law and Order, where it’s our “heroes” who condemn an innocent man to death and let a murderer/rapist go free out of self-interest! How come the Big Finish version wasn’t doing anything this complicated?

Well, now it is. Like Series Three, Series Four consists of a one-episode prologue depicting the Death over again (complete with a reappearance from Terry Molloy’s character from Series One, before he meets Chase Masterson) and then three episodes that form one longer story. Honestly, I’m not sure that going back to the well of the Death again and again is working out for Big Finish. The first two episodes of Series One were stark and hopeless; Ken Bentley’s The Old Ways, which shows us the deterioration of a group of government personnel in a bunker, doesn’t have their power. Partially, I think, because it keeps things a little too black-and-white: there are clearly goodies and baddies here, rather than survivors.

Series Four is the best since Series One, putting the main characters through the wringer in complicated and revealing ways

The other three episodes — For the Good of the Cause by Louise Jameson, Collision by Christopher Hatherall, and Forgive and Forget by Matt Fitton — are about Greg, Jenny, and Jackie coming to see Molly at the “Belief Foundation”, a community run by a man named Theo who promotes belief in “Gaia”, at around the same time that the survivors from the bunker in The Old Ways turn up. It’s hard to disentangle these episodes, so I’ll talk about them as a group.

At first I thought things could have been more complicated. Ramon Tikaram does a great job playing Theo as a man who fervently believes in the truth of his own cause, but the stories don’t give Theo enough opportunities to show the good he does. He’s kept the Belief Foundation together for a long while, but most of the actions we hear from him are ones that harm or bring him into opposition with our protagonists. But where the stories really do succeed is in showing a wide range of opinions from the protagonists. Greg, Jenny, Jackie, and Molly have some pretty strong differences of opinion across the course of this series, and in no case is there one obvious “right” character and another obvious “wrong” one: each is acting in the way they see best. This especially comes through in Forgive and Forget, which features an impromptu trial (echoes of Law and Order), where Molly, Jackie, and Jenny each have a different take on events, yet no-one is acting out of character or obviously wrongheadedly. Greg’s not at the trial, but similarly he has disagreements with Jenny throughout the box. I was a little sceptical of some aspects of the setup until Forgive and Forget, but Fitton’s script gave me a retrospective appreciation for what had come before.

That’s not to say Jameson and Hatherall do bad work. Jameson continues to impress on Survivors (kudos to her for giving Greg a scene where he plays the guitar!): I hope we continue to hear from her at Big Finish. Hatherall’s script has some unexpected depth, subverting my expectations at a couple key points. It looks like Hatherall will be back for Series Five, and I look forward to it.

The shortcomings of the writing are mostly down to the production concerns. The small cast makes telling stories about communities difficult: when you have five or six visitors to the Belief Foundation, that leaves you only its leader and basically one prominent community member in each episode — if that. There are too many scenes of Greg arguing with a crowd of people, which leaves the opposing side unrepresented, or worse, arguing with people who apparently just stand around and say nothing. I get that Big Finish can’t afford a dozen actors in a 60-minute episode, but I think the problem could be written around more elegantly than it was here.

The writing really gives the actors here something to dig their teeth into, especially Louise Jameson as Jackie and Fiona Sheehan as Molly, about whom we learn a lot as individuals and in their relationship. I hope we keep following their adventures: with their open-ended futures, their characters have more potential than Jenny and Greg. (Though Ian McCulloch continues to impress as Greg, and this is the best material Lucy Fleming’s got in Big Finish’s Survivors yet.) Among the guest cast, other than Tikaram, I have to mention Laurence Dobiesz’s fascinating performance as Michael, a visitor to the Belief Foundation with a mysterious agenda who’s treading a dangerous line between good and evil. I liked Zoë Tapper, who played a character in the 2008-10 remake of Survivors, but her character of Evelyn Piper didn’t add much to the proceedings. I hope we hear from here in the future, though; the end sets her up for something more.

My feelings on Series Two and Three had been pretty middling, and I’d been wondering if I’d stick it out with Survivors after this box set. But Series Four turns out to be the best set since Series One, putting the main characters through the wringer in interesting, complicated, unexpected, and revealing ways. This set shows the potential of Survivors to reveal how we construct and rationalise our moralities, and I hope Big Finish can maintain this standard going forward.