Doctor Who: Criss-Cross / Planet of the Rani / Shield of the Jötunn review 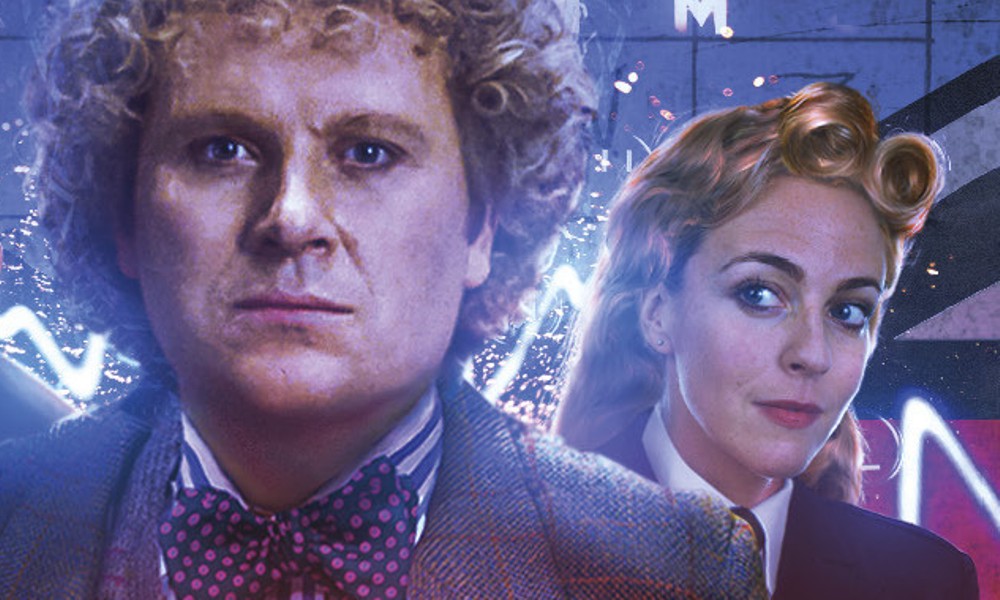 Constance Clark is the newest of Big Finish’s original Doctor Who companions, introduced as a partner for the Sixth Doctor in a trilogy of adventures: Criss-Cross by Matt Fitton, Planet of the Rani by Marc Platt, and Shield of the Jötunn by Ian Edginton. We actually already heard Constance in The Sixth Doctor: The Last Adventure, in a sort of flash-forward, where Miranda Raison’s performance impressed me as “fun but no-nonsense”. Constance — or Mrs Clarke as she prefers to be called — is a World War II codebreaker from Bletchley Park who becomes embroiled in a Doctor Who adventure. I found her enjoyable in all three adventures in this new trilogy as well, though I felt her success as a companion was generally proportional to that of the stories themselves.

The first half of Criss-Cross is hugely entertaining, as it does one of Doctor Who’s stock tricks well

Criss-Cross introduces Constance in a WWII adventure. The story opens with the Doctor already ensconced at Bletchley Circle, and Constance first meets him when she comes to dress him down for overworking one of her charges. The first half of Criss-Cross is hugely entertaining, as it does one of Doctor Who’s stock tricks, and does it well, by plunging the Doctor into some other genre of tale. This is a WWII espionage tale, and the Doctor fits right in as an eccentric academic employed to break the codes. Constance is smart, competent, and condescended to by sexist men (which is apparently the way Big Finish establishes qualifications for its female academics, as this trope was used to introduce Helen Sinclair in Doom Coalition 1 and River Song in her first box set). Her and the Doctor and another codebreaker get embroiled in the criss-crossing of allegiances of double and maybe even triple agents. Unfortunately, it all goes a bit wonky around Part Three, when the story lurches into familiar Doctor Who territory, with a group of refugee aliens threatening the Earth, and Fitton overdoses the audience on technobabble. A strong start with a weak finish.

Marc Platt is always a writer for striking imagery, and Planet of the Rani provides

Planet of the Rani isn’t just a second outing for Constance, but also for Siobhan Redmond’s new incarnation of the Rani, introduced in The Rani Elite the year before. Platt is always a writer for striking imagery, and this story provides, once it works through a somewhat lumpy prologue where the Doctor and Constance have to go to the prison planet where the Rani was being kept. The bulk of the story is an exploration of Miasimia Goria, the planet once ruled by the Rani, but deteriorating in her absence. Platt’s ideas such as clockwork cockroaches are brought to life by Richard Fox and Lauren Yason on sound design, and I enjoyed James Joyce’s performance as Raj Kahnu, especially his odd relationship with Constance. The rest of the story I could take or leave, but in these highlights I found much to enjoy.

Shield of the Jötunn squanders the interesting juxtaposition at its heart

Ian Edginton is a comics writer of some repute. I enjoyed his run on Star Trek: Early Voyages with Dan Abnett, and his dipping into The War of the Worlds lore with the Scarlet Traces graphic novels, and thus I was looking forward to his story, as new writers can be a real boon to Doctor Who and Big Finish doesn’t get them often enough. Unfortunately, Shield of the Jötunn doesn’t quite work. At its heart is an interesting juxtaposition of the type Doctor Who excels at, Viking warriors and Frost Giants in the heart of the Arizona desert. But Shield of the Jötunn squanders this juxtaposition, keeping the Viking warriors as corpses for most of the story — hardly the most interesting thing when the story is on audio! Perhaps the comic-book writer hasn’t quite adapted to his new medium? Beyond that, though, there’s not a lot on offer here, a small group of characters wander around a lot, and an overlong flashback spells out backstory in unneeded detail. I appreciated being wrong-footed by some character revelations, but the guest characters are a cliché lot, and I sort of groaned when the Doctor worked out that two characters used to be involved because they called each other by their first names, not their academic titles. As an American academic, I can tell you that anyone who knows anyone else beyond the level of bare acquaintance always uses first names.

This is another middle-of-the-road trilogy for Big Finish’s main range. There’s nothing terrible here, but there’s nothing I rush out to recommend, either, other than Constance herself, who has a good rapport with Colin Baker. Okay adventures, executed satisfactorily, but not as exciting or groundbreaking as one might hope for.