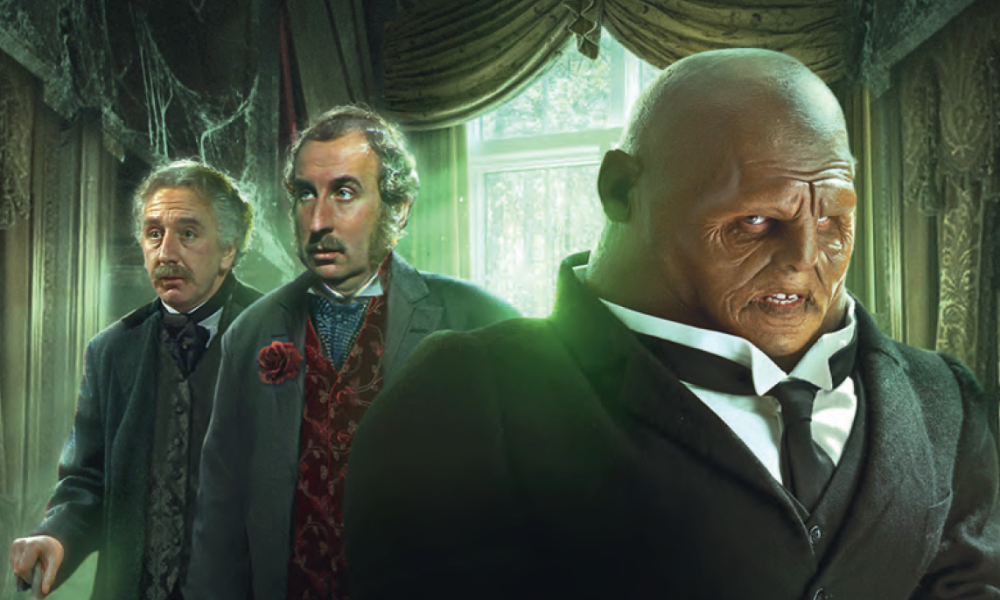 The gap between Series Ten and Eleven of Jago & Litefoot brought us a Christmas special of sorts: Jago & Litefoot & Strax: The Haunting, uniting the investigators of infernal incidents with the Paternoster Gang’s Sontaran butler in a script by Justin Richards. An encounter with a mysterious woman leaves Strax confused and convinced that Jago and Litefoot are actually Madame Vastra and Jenny Flint, meaning that the two Victorian investigators have to keep a Sontaran warrior under control while investigating a mysterious haunting.

This is fun. As you might imagine, there’s a lot of comedy to be got from the combination of characters here, and though Justin Richards is not a writer I’d pick for a comedy, the whole thing is charming, if not laugh-out-loud hilarious. I particularly enjoyed a sequence set in a library — Strax is not very good at libraries, but then, neither is Jago. Christopher Benjamin and Trevor Baxter perfected these characters a long time ago, and adding Dan Starkey to the mix keeps things just as effective as ever. Carolyn Seymour off Survivors turns in an enjoyable performance as the villain, too.

What holds it back from being stronger is its length: this is the first two-hour adventure for either Jago and Litefoot or Strax. All the characters feel more suited to the 60-minute format they usually inhabit. There are a couple too many escapades that seem to be there just to set up a joke but not advance the story, and things get a little repetitive and drawn out at times. This is an okay 100-minute adventure, but I couldn’t help feeling that with some ruthless editing, it could have been a sparkling 60-minute one. It’s essentially a one-joke premise, and at 100 minutes, that joke begins to peter out.

Still, this is fun, and I would welcome a full-on meeting between Jago and Litefoot and the Paternoster Gang. It seems like there’s a lot of possibility there if the kinks are worked out.